Change Machine is an exceptionally strong third collection. To the extent that a schematic of thesis–antithesis– synthesis applies to poets’ books, this one both exceeds and incorporates the work that came before.

Intriguingly, the title poem seems a late addition, citing the pandemic in three clipped lines, borne on the shoulders of two innocuous words, should and but:

I’m broke. And everything should be contactless.

We breathlessly await the new vaccine,
but no-one disinfects the change machine.

Title poems are often the punchline of a book. Characteristically, this one begs to differ, puncturing any grandeur the metaphor suggests. ‘Change machine’ seems to be a trope for life and death – as the epigraph tells us, ‘Machine, or Engine, in Mechanicks, is whatsoever hath Force sufficient either to raise or stop the Motion of a Body’. It is certainly the engine of language, which raises and halts the spectres of perception. But it is also just the coin machine that gives the poet access to a public restroom. The poem’s irritable ‘I’ takes on a world in which little can be changed – every should is countered by the tough luck of a but – yet it matters to put words to an irrational world.

The poet’s mots d’esprit are offered in the spirit of an antidote to rage, if not its sublimation:

The word
we used
was mellowed

to the boys for years. For half a life he whirred
like a rowing machine.
(‘Hard Water’)

Armed with wit and erudition, Savige launches visions of damage, dystopia, and occasional joy. These are common enough; what sets Change Machine apart is the exquisite marriage of feeling to linguistic ambition and an exuberant gift for verbal generation. This combination is rarely distilled to such proof: the reader senses the pressure behind the mechanisms. The wit, range, and verbal polish occasionally calls to mind that other London-based Antipodean, Peter Porter; at other times, a fellow Joycean, and likewise expatriate, Paul Muldoon. As with Porter, the lexical wizardry (‘A carousel of oral cues, / these spinning sonic coins. // A slide show of old wishes’) papers over pain. But more than either, these poems recall American poets’ early twenty-first-century tussle between Language and lyric verse, as anthologised in a Norton anthology, American Hybrid (2009), and promulgated by Brian Henry and Andrew Zawacki in Verse magazine through the same period. Maintaining the tension between language as material means, and meanings that matter, Savige focuses his powers in the service of a hybridising, tragicomic vision. By the end of ‘Spork’, the poet has become that vision, conceived in a fuck-you gesture to a bigoted grandfather. The poem opens:

Chimera native to our plastic age, crossbred ambassador
from the planet of blur,
both and not either or –

There is a masculine jocularity to some of the poems. ‘Starstruck’ comes to mind (‘plough into a murder / of gowned undergraduates on the crest / of the bend; or swerve, and be poleaxed / by a singular hackney car. I veered like a wakeboarder // from the kerb’). But then there are poems such as ‘Tips for Managing Subsidence’ and ‘The Cobra of Djemma el Fna’, dedicated to his partner, Emma, which apply the poultice of wit to the loss of unborn children with a harrowing finesse reminiscent of Muldoon’s The Annals of Chile (1994). Neither bears quoting; these must be read in full.

‘Flight Path’, which takes as its subject the death of a stowaway who fell from a plane over London, keeps at arm’s length that image of ‘a real day’ through its verbal decoration of a horrifying fall. The James Dickey poem ‘Falling’ addressed a similar event; both focus our attention on the surreal spectacle of these awful deaths:

Above the High Street’s summer dioramas
did he twist like a samaroid
seed, or whistle like a samurai sword,
swiftly and without words?
(‘Flight Path’)

‘A real day’ is differently present in the poet’s gift for perception, trained on the natural world. Evident from his first book onwards – the upshot, perhaps, of being raised on Bribie Island – it bubbles up in lines such as these, where the scene is imagined but vividly present:

A typical strong book might have two or three standout poems. Change Machine has a more impressive number. Among them I would count ‘Hard Water’, one of the most powerful poems about domestic violence I have read; ‘Ladybugs’, a poem on self-harm (‘you’d say it was her prep for an exam / on how to use her skin to hoard the rain’); ‘The Offing’, a holiday poem, told with a verbal relish to rival Les Murray’s; ‘Tips for Managing Subsidence’, mentioned above; and two original and lovely poems for the poet’s son, ‘Infant Speech Bubble’ and ‘Bach to the Fuchsia’ (yes, Back to the Future). A similar number of poems, all in the opening section, could have been omitted without damage to the whole – they are too slight or over the top and indigestible (‘the wild albino leech of my eyeball / gorges on glare’). These only highlight the accomplishment of the stronger poems, which use similar means but apply much greater pressure.

The choice to end the book on a faux-phonetic poem (‘inspired by the recurrent “Mutt and Jute” episodes in James Joyce’s Finnegans Wake’) seems puzzling at first (‘Less faith it, y’aint // cart hut for these kinds of sillygigs’). But it’s almost certainly a variant on the deflationary move the poet makes in ‘Change Machine’. The book’s see-sawing ride between loss, pain, and humour – a balance so perfectly poised in many of the poems – gives the final hurrah to ‘sillygigs’. Could we be lost in the funhouse of language? Savige’s mirroring and anagrammatical poems suggest such a vision. ‘Sure it was funny, but not ha-ha // funny, more funny-sad, like the elegy for Ford Ford / in William Williams’s The Wedge (’44)’. This poet’s ability to dazzle through the damage is ‘ROTFLMAOWTRDMF’ in verse: ‘rolling on the floor laughing my ass off / with tears running down my face.’ 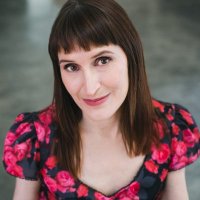 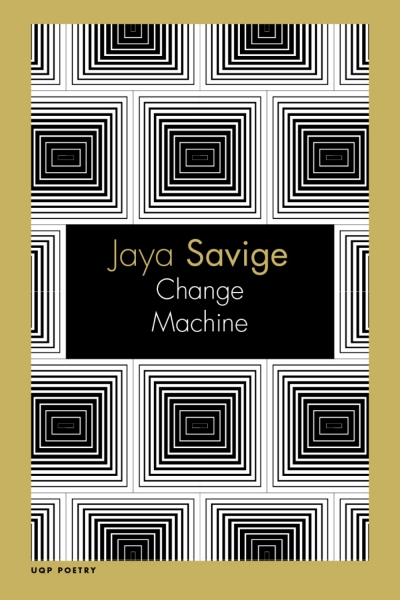