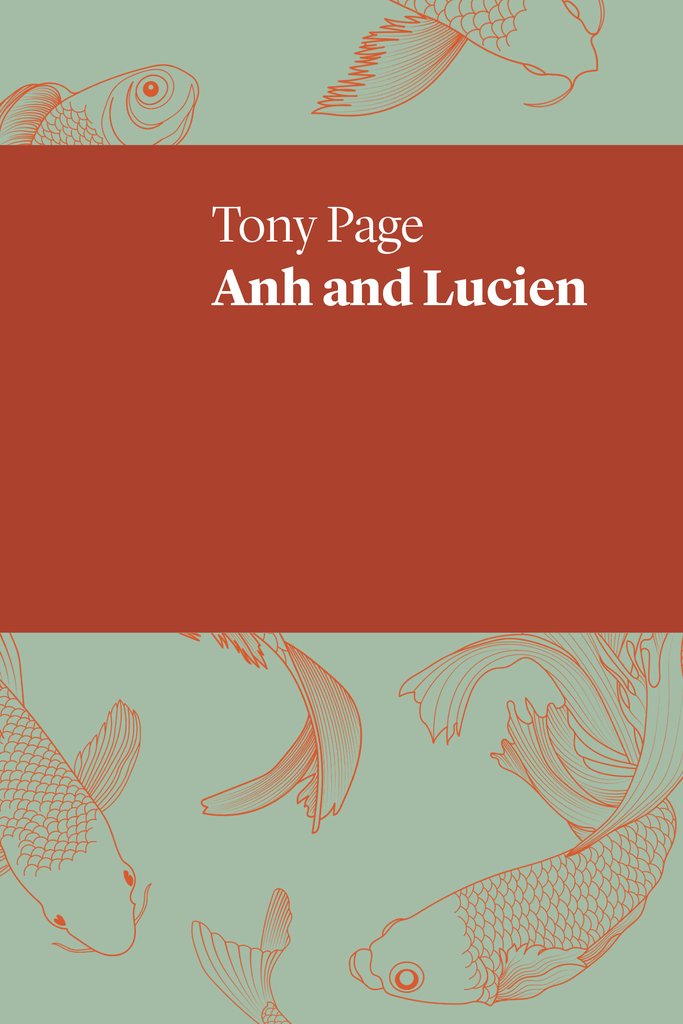 Anh and Lucien by Tony Page

After being arrested for ‘public indecency’ in Toulon, Lucien is sent to Hanoi to avoid a scandal. While outraged by having been swept aside like ‘dust under the carpet’, he vows to ‘play their game and keep appearances clean’. When we first meet him, Lucien remains an earnest imperialist who believes that the French ‘defend Liberty’. Meanwhile, Anh, whose scholarship in Paris was terminated after he took part in a demonstration, is back in his homeland and immersed in the headiness of revolutionary Marxism.

Though on opposite sides, the two men are united by their pariah status and a growing loneliness. They first meet with some intensity at the opera, where Anh thinks: Lucien’s ‘eyes lock onto mine, as though some kind of secret is shared’.

The prose poetry might initially seem too spare in style, but as the romance progresses such sparsity prevents sentimental drift and allows for vivid emotional clarity. By keeping a strict focus on their love, Page allows humanity to break through in the most abysmal political circumstances. After all, Marshal Pétain has just capitulated to Hitler, and Lucien finds his political allegiances crumbling in the face of French defeat and his love for Anh. That leads to a growing self-awareness: in one drunken and fragmented episode he thinks of himself as a ‘thirty-seven year old like a child / growth arrested / growth suppressed’, ‘mak[ing] up for lost time’.

Anh, for his part, increasingly torn between the Party and his love for one of the oppressors, consoles himself by imagining his life in certain fables. In one flashback he sees himself as ‘Ai Nam Ai Nu’ (meaning ‘half man, half woman’), who cannot join his friends swimming:

because when he gazed at the others throwing off their rags and splashing about, a strange event occurred in his body. He dreaded if they ever discovered what it was, he would not be allowed to join them any more as they huddled in the laneways at night, trying to keep each other safe and warm.

A clandestine love that offers shelter from an intolerant world might sound like a hackneyed theme, but Page renders it with admirable dramatic economy. It is no surprise that he has a background in theatre: this work is begging to be staged. 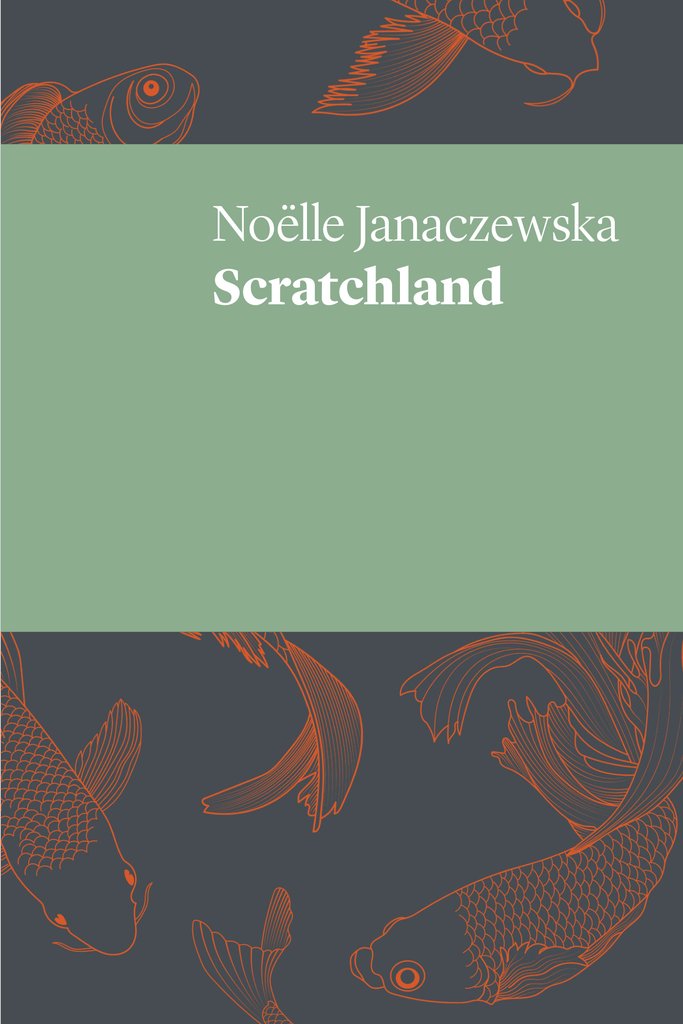 In contrast with Anh and Lucien’s poetic economy, Noëlle Janaczewska’s Scratchland looks decidedly baggy. It is described as ‘poetry with a performative tilt’, and indeed the author had a similarly titled piece of ‘polyphonic environmental theatre’ performed at Yale Drama School in 2014. These poems read more like spoken-word pieces. They present, in fragmented form, a non-linear, anti-poetic urban landscape in which miscellaneous items wash up everywhere: ‘A broken arm / a slur of nail varnish / the sparkle of broken glass.’

In one of the stronger pieces, ‘Styrofoam’, Guantánamo Bay prisoners scratch poems ‘into the Styrofoam cups / they got with their meals’. The poem compares the burgeoning creativity of the inmates to the invention of Styrofoam in the 1940s, even if a contrived motif of Isaac Newton and classical physics (‘you understand / the gravity of the situation’) blunts its emotive force.

One other poem is supposed to be sung in a ‘sentimental key’, while another is composed entirely of a list of songs, hinting at an audio component that might work well in theatre but is less compelling on the page.

It seems odd that the book’s most ambitious section, ‘True Crimers’, comes last. Here, a chorus of voices describes a world in which crime fiction has merged with life: television addicts imagine murder everywhere; bodies are dismembered; there are even paeans to Miss Marple. The idea has been honed by Dorothy Porter in The Monkey’s Mask (1994), which extracts the latent eroticism of the genre with a skilled hand. Janaczewska’s effort contains some mordant lines – these crimes happen ‘in an American nowhere where nothing changes, but when it does, it’s for the worse’, while one potential murderer quips that ‘everybody has a future but some have more than others’ – but overall, the satire consists more of stabs in the dark than decisive blows. 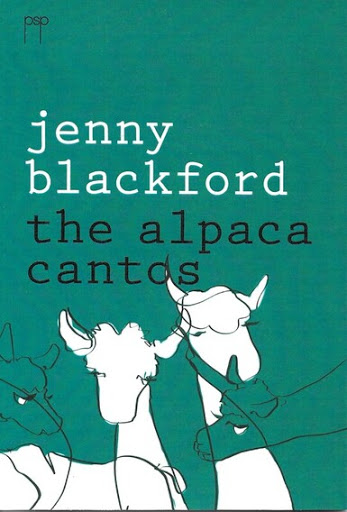 The Alpaca Cantos by Jenny Blackford

Jenny Blackford settles on a somewhat gentler topic in The Alpaca Cantos, which contributes handsomely to that vast, underappreciated genre of pet poems. More than a few poets have found hidden profundities in their cats or dogs, but in this work Blackford builds herself a veritable Noah’s Ark.

In the first ‘canto’, ‘Stranger Homes and Gardens’, the human speaker offers several sweet but not cloying observations of animal life. She is alert to the differences between herself and these animals, while sometimes playfully anthropomorphising them. One speaker senses a frogmouth looking at her while she puts out the bins. That might recall Gwen Harwood’s famous ‘Barn Owl’, in which a child shoots an owl and loses her innocence, but Blackford’s poem is neither as dark nor as symbolically resonant. In fact, this bird is described as ‘neither metaphor nor portent’, which sounds almost like Lorine Niedecker’s ‘A monster owl’ (‘What / is it the sign / of? The sign of / an owl’). When Blackford’s frogmouth disappears without warning, a cat ‘at my ankles … stood silent / sniffing at the path / beetles and slugs’.

There is something enchanting about this affectionate and wry attention to the animal world, with all its predatory ambiguity. In another more amusing poem, the speaker’s sister adopts a dingo pup, ‘company for the cavoodle’, its ‘eyes / shining with intelligence, huge ears / like radar dishes positioned / to listen to the universe unfolding’.

Despite leaning on clichés (including, at a low point, ‘Denial isn’t just a river in Egypt’), Blackford maintains technical control and touches on a surprisingly wide range of fauna: cats, llamas, marauding rats, and – in what might be the only sustained lyrical piece on the subject – a slug. With its joyful affirmation of animals as friends, the first sequence could even make a memorable children’s picture book. True, there are poems later on that bring to mind Oscar Wilde’s witticism about all bad poetry being sincere, but the animal pieces create a charming paper menagerie that rises far above the usual, err, doggerel.