I read with interest Professor Jenny Hocking’s article ‘At Her Majesty’s Pleasure: Sir John Kerr and the royal dismissal secrets’ regarding the release of the ‘Palace letters’, the correspondence between Governor-General Sir John Kerr and Queen Elizabeth, covering the period of the dismissal of the Whitlam government (ABR, April 2020).

There is no doubt that central to the ‘Palace letters’ case – currently being considered by the High Court – is the fundamental issue of control over and access to our nation’s significant archival records. Access to authentic Commonwealth records is core to accountability in our democratic process, and is diligently executed by the National Archives of Australia in accordance with the legislation set out in the Archives Act 1983 (Cwth). However, Professor Hocking makes several erroneous assertions about the National Archives in her article (including the wilful withholding of these historically important records) that I would like to address here.

The National Archives is a pro-disclosure organisation and operates on the basis that a Commonwealth record should be made publicly available, unless there is a specific and compelling need to withhold it. This is the intent of the Archives Act. Disclosure of primary source material should not be an automatic process, however. It requires judgement, skill, and responsibility.

The National Archives is entrusted with the care of valuable information and tasked with making accessible that information once its sensitivity has sufficiently diminished. In the case of Commonwealth records, this is usually after twenty years (the ‘closed period’). Beyond that time, records should be made public, unless one of a few special exemptions apply. During 2018–19 the National Archives wholly released ninety-six per cent of records on request, partially released three per cent, and completely withheld only one per cent.

In the case of personal records, an agreement is entered into between the National Archives and the depositor specifying the conditions under which access can be given.

The Palace letters were deposited by Sir David Smith as Sir John Kerr’s agent with the Australian Archives in August 1978. In accordance with Kerr’s instructions, their release would occur sixty years (later changed to fifty years) from the end of Kerr’s appointment, ‘only after consultation with The Sovereign’s Private Secretary of the day and with the Governor-General’s Official Secretary of the day’.

In March 2018 and again after appeal in February 2019, the Federal Court determined that the letters are not ‘Commonwealth records’ as defined in the Archives Act, and therefore are not subject to the access provisions defined in the Act for Commonwealth records. In August 2019 the High Court of Australia gave a grant of special leave for a further appeal, heard in February 2020. The High Court is now considering its judgment. It goes without saying that the High Court’s decision may change the situation. For now, the National Archives is bound to follow the law in the manner confirmed by the Federal Court and to continue to treat these records as personal papers.

Stewardship of personal records requires a respect for the depositors. The National Archives is an institution of profound importance to Australia’s system of democracy and government. To fulfil its role it must maintain the highest level of public trust. If we were to start releasing personal records against the wishes of depositors, that trust would be quickly and irretrievably lost. The historical significance of these letters and the public’s interest in their content have never been in dispute. However, given the Federal Court judgments to date and the agreement made between the National Archives and the depositor, it would be a massive breach of trust if the National Archives were to make them public.

The National Archives is accountable for the decisions we make. Quite appropriately, from time to time we are required to appear before a tribunal or other court to have those decisions scrutinised and tested for propriety and lawfulness. This is part of being open, accountable, and trustworthy. We do incur legal costs, but it’s wrong to suggest this expenditure could be avoided by simply opening all records without regard for the law or our depositors.

As previously stated, the Archives Act provides a general right of access to records in the open-access period, unless they are exempt under certain categories. Before records are released, they are examined by National Archives staff for any information that should be exempt. Professor Hocking makes reference to the ‘inordinate and unacceptable delays’ in dealing with requests to access records.

Every year, the National Archives receives tens of thousands of applications for access to records in the national archival collection. I acknowledge that for some there are unacceptable delays in processing these requests. A few high-volume or complex applications, often lodged by a handful of individuals, currently tie up the bulk of available resources. For example last year, 12,700 of the almost 25,000 requests for access were made by just four people. This resulted in a reduced capacity to process access requests made by the vast majority of applicants.

In April 2019, amendments to the access provisions of the Archives Act took effect. These amendments provide the National Archives with tools to appropriately manage applications for access to large numbers of records. We continue to manage the backlog of applications in addition to responding to new requests for access to records.

Finally, Professor Hocking quite wrongly asserts that the ‘Archives appears a broken institution, paralysed by delay, hamstrung by resource pressures, and indifferent to its core function “to connect Australians to the nation’s memory, their identity and history”’. This is far from the truth, and here I will let the facts speak for themselves. During 2018–19:

The National Archives is a crucial national institution with a clear purpose and responsibility. Clearly, we are not broken. We proudly go on connecting Australians to the nation’s memory, identity, and history. 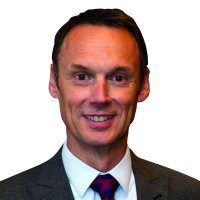