The nuclear scale of the inferno that delivered our Black Summer will be remembered as a turning point in the debate about climate change. It was the summer when the monster of energy stored up in the earth’s oceans and atmosphere revealed itself in the most dangerous climate drivers; the summer when Australia could no longer take for granted the evolution of precious species and their habitats over millions of years, with more than a billion animals dead and more than ten million hectares of forest burnt. But it was also the season in which climate-denying politics was comprehensively trumped, no matter how much spin, media massaging, and misinformation was employed to make the fires, and their link to climate change, go away.

Throughout the entire summer, different parts of Australia were burning. The size of the fires was far beyond any previous fires: Ash Wednesday, Black Friday, Black Saturday. The latter consumed 450,000 hectares and, with help from ultra high-octane eucalyptus leaves, released heat equivalent to 1,500 Hiroshima bombs. You don’t need to do the maths to figure out the forces unleashed last summer in order to understand the apocalyptic scenes or how such forces created their own weather: in one case, a fire tornado that lifted a ten-ton fire truck, killing a firefighter. These forces were unleashed at the intersection of Australia’s driest and hottest year on record, not because of fuel-load and arson. New South Wales, where most of the forest was burnt, had doubled its area of hazard reduction between 2018–19. It made no difference. No amount of clearing of forest will suffice if the entire landscape has dried out as much as it had.

As unfathomable as the scale of the fires was the response from the Australian government. In early December 2019, when the trending story was how unusually early the fire season was and how fires were starting all over New South Wales, Prime Minister Scott Morrison sought to disconnect the fires from climate change by calling it ‘political point-scoring’. However, journalists and commentators were really pointing to the physics, not the politics. That the fires could be described as political is a function of the way that the decades-long ‘culture wars’, vigorously pursued by News Corp and by the Minerals Council of Australia, have made climate change a political plaything for Coalition governments. When pressed on the scale of catastrophic fires that were burning in places they had never burnt before, government ministers insisted that ‘Australia has always had fires’. This did not cut through when it became evident that firefighters were helpless to protect all but some targeted properties.

With millions of hectares burnt and the physics obvious, Morrison was nowhere to be seen; he stayed well away from journalists who had begun to attribute the fires to climate change. Monash University research shows that, whereas only five per cent of articles about Black Saturday mentioned climate change, by mid-December 2019 the climate change references were up to forty-nine per cent. By now the conflagration had become politically dangerous for the prime minister. Social media was highlighting the link to climate change and the message that Australians had been abandoned on climate policy, reinforced by Australia’s wilful obstruction of progress at the Madrid climate summit in December 2019.

Unwilling to face the cameras, Morrison’s decision to take his ‘quiet Hawaiian’ holiday during the crisis drew anger and contempt, even from some conservatives. Upon returning, the prime minister’s photo-ops with the exhausted and the mourning, soon after paying $190,000 to consultants on how to show compassion to farmers, came undone as firefighters refused to shake his hand and communities berated the government’s abject failure to protect them. Such efforts at stage-managed remorse would not have gone down so badly with the public had Morrison taken a stand on real policy reform on emissions reduction. But this would have meant ceasing the culture wars and listening to the science. Instead, the government recycled the clichés that Australia was meeting and beating its Paris commitments. These are founded on a web of fact-checked zombies that has shielded Australia from accountability on responsible C02 abatement for more than two decades.

When the firestorms really started

In 1997 the Howard government brokered such a low Kyoto target on emissions that it was mandated that Australia’s emissions could actually rise as long as it reduced the amount of land-clearing. Since then Australia’s emissions have increased in most years, with the largest annual rises occurring since the Coalition came to power in 2013. Because the Kyoto targets were so modest, meeting or beating them was always going to be easy, partly because so much renewable energy had been introduced by state government initiatives.

Most concerning here is that many Australians don’t appreciate how poorly Australia is performing. To do so requires addressing the science and ignoring misleading soundbites. The best that journalists have to work with are the international rankings that reveal that Australia has gone from bad to worse. In 2014 Australia was ranked ‘bottom of the barrel’ in a Globe International report on sixty-six countries; in 2019 it was ranked last out of fifty-seven countries in the Climate Change Performance Index.

If these metrics aren’t bad enough, what the domestic target hides are scope three emissions that are generated out of exports of coal and gas that bring Australia’s total emissions to 4.8 per cent of global emissions. Because Australia plans to use its surplus credits from Kyoto towards Paris commitments (out of step with nearly all other countries), and because only domestic emissions of 1.3 per cent are counted in the process, it is misleading to claim that Paris goals will be met ‘in a canter’. Even with all of this dubious national accounting, recent analysis shows that the government still won’t meet its targets. What makes Australia’s situation so much worse is the fact that in just three months to February the fires alone had released almost a year’s worth of C02 emissions. In addition, the forests that have been lost won’t be able to recover C02 from the atmosphere.

With its abundant wind and sunshine, Australia could be a renewable energy superpower, but it shows no signs of transitioning away from coal. Instead, in the lead-up to the fires, Adani won approval for a coal mine in a coal basin the size of the United Kingdom in the Galilee Basin. Adani is significant not only because it opens up the basin but because Clive Palmer, who bought up the voting margin for so many of the seats the Coalition needed to win at the 2019 federal election, has now put his hand up for another coal mine in the mega-basin. After spending $60 million on election advertising – more than all the other political parties combined – the Coalition owes Palmer for their unexpected majority.

Clive Palmer is merely a symptom of the Coalition’s broader commitment to coal and mining, which has been a policy fixation for years now.

Scott Morrison may well be ridiculed for brandishing a chunk of coal in Parliament in February 2017, but the subsidies to the mining industry in Australia are something both the ALP and the Coalition have been party to for over a decade. For every dollar that mining companies provide to the major political parties, they receive $2,000 in return. Rebates for diesel fuel for Australian mining is $2.5 billion annually, almost $1 billion of which goes to coal companies. Yet substantial funding for fighting the fires only began to flow when it was clear the government had to save its political skin. It remains dwarfed by funding that is directly compounding the problem.

Even on purely economic terms, decades of not putting serious money into addressing climate change has now damaged the economy, with tourism, summer sports, and outdoor events being compromised.

Ironically, during the 2019 federal campaign, the government became a mouthpiece for big oil by declaring that the electric car would become a war on the weekend – ‘It won’t tow your trailer. It’s not going to tow your boat’. Now, it seems, climate change has declared a war on Australia’s entire summer, regardless of what car you drive.

With ten out of Australia’s 132 million hectares burnt by fires, with much of the forest not likely to recover owing to climate change-induced heat stress, there is much more forest still to burn. How many animals, humans, and communities must suffer before Australia changes direction on climate and puts behind it the culture wars? With the environmental, emotional, and economic toll already apparent, if 2020 is not the time to act, then when is? 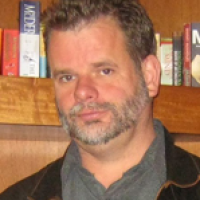