W.H. Auden once rebuked Percy Shelley for characterising poets as ‘the unacknowledged legislators of the world’. To think this way is to confuse hard with soft power, coercion with persuasion. Poetry, as Auden famously wrote, ‘makes nothing happen’; he instead bestowed Shelley’s epithet upon ‘the secret police’. But in an age of surveillance and information warfare that has militarised the channels of everyday communication, the line between hard and soft becomes more difficult to draw. The very notion of a random or innocent signal seems laughably naïve as we are inundated by new suspicions and suspicions of news. But the state of mind in which there is always more meaning to be had is one that poetry invites us to inhabit. For Shelley, poems were ‘hieroglyphs’ and the poetic imagination an ‘imperial faculty, whose throne is curtained within the invisible nature of man’. Is the poet an agent, then, of this secretive control? Perhaps Shelley was on Auden’s side all along.

This latest suite of poems by Jennifer Maiden deals with the political, cultural, and sexual drama of espionage. The Espionage Act invites the reader to view an array of contemporary events (from the arrest of Julian Assange to the Syrian Civil War) through the prism of twentieth-century intelligence history. Maiden shows herself immensely literate in the varieties of jargon employed by spies and their agencies; one of the pleasures afforded by this volume is its constantly shifting lexical register, from the cartoonishly slangy ‘honeytrap’ (sexual entrapment) to the techno-bureaucratic scientism of ‘the Overton window’ (the range of acceptably ‘mainstream’ policies).

Since Maiden’s celebrated book Friendly Fire (2005), her work has consistently sought to dramatise the aftershocks of geopolitical upheaval at the level of the domestic and intimate. The Espionage Act continues in this vein: we have the return of the couple, George Jeffreys and Clare Collins, aid workers blown about by the hurricane of American force projection. In Friendly Fire, they found themselves in New York on 9/11. It is a testament to Maiden’s tact and humane imagination that one can still read this sequence of poems without wincing at sentimentalised overstatement or aesthetic opportunism.

The Espionage Act also continues two genres peculiar to Maiden: the ‘diary poem’ and the imaginary conversation. Unlike the conversations composed by Walter Savage Landor, Maiden’s pieces pit contemporary with historical figures: in The Metronome (2017), Maiden had Hillary Clinton consulting with Eleanor Roosevelt and Abraham Lincoln, Jeremy Corbyn with Constance Markievicz, Malcolm Turnbull with William Bligh. The element of fancy is married to a concrete formula; each conversation typically begins with X waking up in Y next to Z. As Maiden has noted, critics cannot resist ‘being arch about the woke-up thing’, but as the conversations in the latest volume suggest, the fringes of sleep are important for lending the colloquies not only their veil of surrealism, but also an air of vulnerability. Waking up is not only an immensely private experience, it also marks a recovery of innocence – that first moment of free and fresh apprehension before the clouds of calculative forethought gather. The possibility of such a recovery in a world webbed with murderous design is the unspoken hope that marks so many of the new poems.

One of Maiden’s great strengths is her ability to preserve a tender awareness in the midst of privation and intrigue. It is there in Gore Vidal’s solicitude towards a sleeping Assange in ‘Gore Vidal Woke Up in Belmarsh Prison’: ‘Assange’s face had gentled younger, perhaps / due to the lack of close eyesight, to white light / from the barred window, the small television / with its simplifications like childhood.’ In ‘Dorothy Wordsworth and the critic’, the latter catches ‘her eyes show[ing] the wall a compassion that she must / have wished for herself’. Animals and children are often privileged objects of such awareness. In another instalment of the ‘Brookings’ poems, the poet basks in the reflective innocence of her pet marsupial: ‘And who am I to take away his comfort, / who has offered me such comfort with his trust?’ But as with ‘Diary Poem: Uses of Alan Turing’, innocence is shadowed by complicity; the poet’s pet is named after a political thinktank and Turing’s relish for the fairy tale of Snow White foretells his doom. The arc of such poems bends toward satire, but they leave enough room for sentiment to be unstiffened from the wry sangfroid with which most of the political commentary is intoned.

Maiden’s best lines have a fierce eloquence, but The Espionage Act is marred by occasional sententiousness. That ‘it is not the dark / that makes us mad, nor waiting’s violence, but still what terror / always springs in sudden police arrival, the new fatal manacles’ veers towards literalism. When the poet asks ‘Is / loyalty to corruption in itself corrupt?’, one wonders if this would even be a question for anyone other than Donald Trump. Still, one is grateful for ‘the nude’s kinetic honesty’, a phrase memorably inserted into the mouth of Jackson Pollock. In Assange’s ‘casual baritone / deferential with explanatory energy’, Maiden wrings music out of recalcitrant syllabic material and shows the intuition of a keen moral psychologist.

‘Literature,’ Ezra Pound once said, ‘is news that stays news.’ While Maiden’s poetry has never failed to be topical, the demands of keeping up with every twist in the bowels of the deep state have been a drain on her rhetorical powers. Weariness has set in for the poet and her characters. Whether it is a ‘weariness that draws old energy from sea beaches’ remains to be seen. 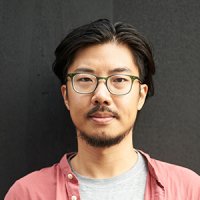 James Jiang, who trained as an academic, is the current ABR Editorial Cadet. He has degrees in English from Yale (BA) and Cambridge (PhD), and has taught at the University of Melbourne. He has written on poetry, literary-critical culture, and sport for a variety of venues in Australia (Sydney Review of Books, Cordite, The Saturday Paper, Southerly) and abroad (Cambridge Quarterly, Ploughshares, Modernism/modernity). 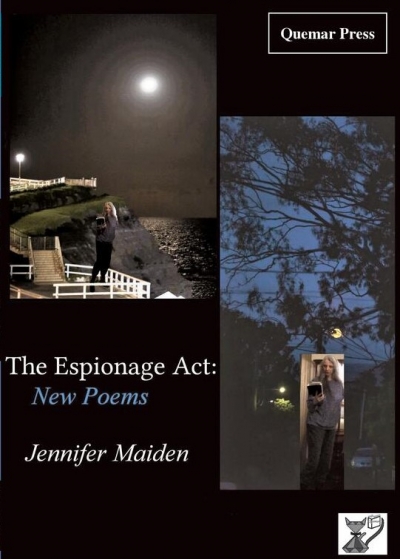