On The Plain Of Snakes: A Mexican road trip by Paul Theroux

At seventy-six, Paul Theroux drove from his home in Cape Cod to Chiapas, Mexico’s southernmost state. On the Plain of Snakes: A Mexican road trip is his account of this adventure, at times misinformed, on occasions tedious, with moments of entertaining, well-researched discussions about the scintillating complexity of Mexico.

From the outset, Theroux eschews tired tropes and delves into elements of Mexican life and culture that are seldom examined. He discusses the causes and consequences of the rising cult of la Santa Muerte (Holy Death), a new religious movement said to have ten million followers. Theroux scrutinises the idiosyncrasies of small towns in the south-east of Mexico. There is Santa María Ixcatlán, with locally made straw hats used as currency; and Camula, where images of saints can be excoriated if they are unresponsive to their supplicants’ prayers, part of the Zapotec–Mayan–Christian religious syncretism endemic to the town. One of the most interesting passages in the book describes a meeting with Subcomandante Marcos, leader of the separatist Zapatista Army of National Liberation, a charismatic figure who has dedicated the last thirty years to defending the rights of the Mayan people.

Notwithstanding Theroux’s interesting anecdotes and clever dissections of Mexican culture, lengthy sections in On the Plain of Snakes are clogged with tedious details. Do we really need page-long descriptions of the assignments Theroux’s students produced during his writing workshops in Mexico City? Plaudits to Theroux for taking Spanish classes in Oaxaca, but must he include transcriptions of his conversations about Dan Brown’s works with fellow students? Putting aside the tedious, Theroux’s commentary on the social fabric of Mexico is contentious. Yet some of his observations are acute. For example, when he examines the consequences of Mexico’s culture of corruption, he goes beyond the patina of obvious malfeasance of funds and lack of infrastructure and grasps the subtle effects that living in such an environment has for ordinary citizens: a focus on self-sufficiency, creativity, and resilience; dependence on friends and family, the only ones who can be trusted. Unfortunately, nuanced observations such as these are few, and they are interspersed with shallow generalisations. Throughout the book, for example, Theroux homogenises the socioeconomic complexities of Mexico. In a patronising, reductionist way, he implies that ‘the poor’ are good, hard-working victims dependent on tradition for a sense of identity, while ‘the rich’ are their unequivocal exploiters, immoral and heartless, ‘fat cats, for whom life is a shuttling back and forth in limousines’. In Mexico, like everywhere else, privilege and poverty exist in a complex spectrum. To reach conclusions about the moral character of individuals based on their wealth is as misguided as doing so on the basis of their poverty. It is the opposite side of the same coin, and the currency is prejudice. Unquestionably, Mexico has dire issues of inequality and injustice, exacerbated by, inter alia, internal racism, interventionism, and a colonial legacy that has not been properly dealt with, points that Theroux ignores in his analysis.

Theroux dedicates part of his book to discussions on Mexican literature and the genre of magic realism. These are some of the most disappointing passages in the text. Describing authors of magic realism as abused children who hide the brutal reality of their homes through stories, Theroux refers to the genre as a literature of denial, ‘a fiction that has arisen out of embarrassment, a literary reaction to shameful circumstances or origins’. Quoting Joyce Cary, he goes on to compare the works of Gabriel García Márquez to ‘farting “Annie Laurie” through a keyhole. It may be clever but is it worth the trouble?’ It is disappointing to see an author who can be analytical and witty engage in crass, obtuse statements of this nature. Theroux does not touch on Cuban author Alejo Carpentier’s development of lo real maravilloso (the marvellous real) in the 1940s or his attempt to create a uniquely Latin American literary style. There is no mention of Jorge Luis Borges or Julio Cortázar, no understanding of how these literary influences converged to propel the Latin American Boom of the 1960s.

Magic realism is not a literature of avoidance but of belief. It portrays a mindset where belief in the supernatural permeates the way people live. This does not necessarily entail ignorance, denial, or intellectual immaturity: it can be a conscious decision to focus on the possibilities of the unknown. García Márquez explains in The Fragrance of Guava that his novels do not present metaphors but nuances of reality that realism cannot convey given its ‘static and exclusive ... vision of reality’. Magic realism does not shrink from pain or suffering. What of the Banana Massacre of 1928, where 3,000 workers were murdered by the United Fruit Company, an event discussed in One Hundred Years of Solitude (1967) when José Arcadio Segundo ends up in a train full of corpses ready to be dumped in the sea? Or Isabel Allende’s denunciation of the sadism suffered by the victims of Augusto Pinochet’s regime in The House of Spirits (1982)? It is clear that magic realism is not to Theroux’s liking, presumably because he missed the point. To write with contempt simply because he doesn’t understand seems puerile for a writer of his calibre. 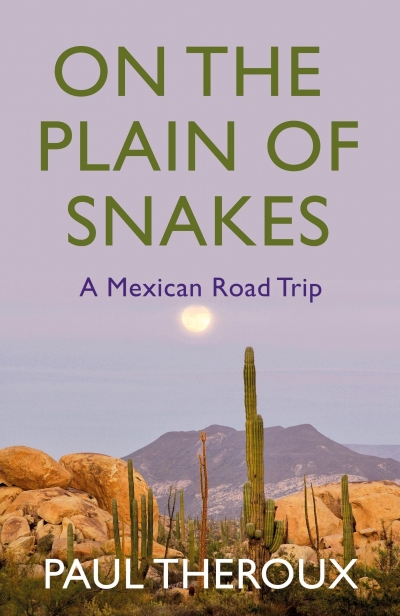