Where are you happiest?
Hiking the bush track around Berry Island in Wollstonecraft and listening to pop hits.

What’s your idea of hell?
Being trapped in a state of permanent distraction. 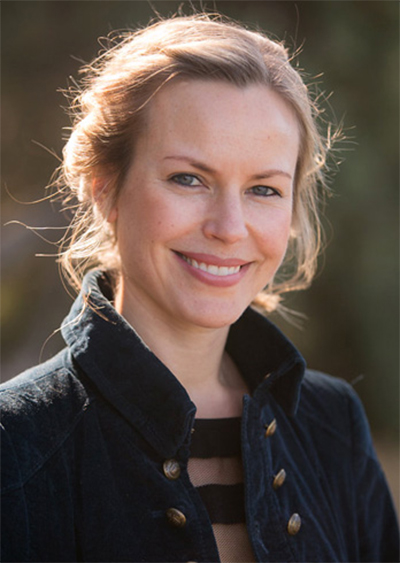 What do you consider the most specious virtue?
Moderation – in anything in life. I like excess!

What is your favourite film?
Dirty Dancing (1987), directed by Emile Ardolino.

And your favourite book?
At the moment, one of my favourites is All Joy and No Fun: The paradox of modern parenthood, by Jennifer Senior.

Name the three people with whom you would most like to dine.
Jane Austen, George Eliot, and Virginia Woolf. I’d love to hear them discuss modern relationships.

Which word do you most dislike, and which one would you like to see back in public usage?
I hate the word ‘unfurled’ – it’s overused in literary fiction (I’m guilty of this myself). And it would be fun to bring back the expression ‘to get munted’.

Who is your favourite author?
Right now, I’m in a phase of obsessing over Chris Kraus. She is so funny in her writing, but also serious.

And your favourite literary hero or heroine?
The cold, imperturbable, yet strangely empathetic character of Faye, who is the narrator in Rachel Cusk’s recent trilogy of novels (Outline, Transit, Kudos).

Which quality do you most admire in a writer?
Resilience, persistence, quiet commitment, staying power – in other words, the ability to keep writing, and remain curious about self and others, year after year.

Which book influenced you most in your youth?
During much of my childhood, my mother was bravely and passionately insisting on teaching postcolonial African literature to (mostly) white university students in apartheid South Africa. I was probably way too young to fully understand it, but Zimbabwean writer Tsitsi Dangarembga’s 1988 début novel, Nervous Conditions, was one of the books my mother was teaching, and it had a huge impact on me.

Name an early literary idol or influence whom you no longer admire – or vice versa.
Enid Blyton. I inhaled her books as a child – I even wrote my very first childhood short story in imitation of her writing (my story included the ultra-British phrase ‘Mum’s a brick’, which I can safely say I have never used again). So it’s disturbing to look back at those books now, and see how offensive they are. Also, I read recently that she was a terrible mother to her own children.

What, if anything, impedes your writing?
Too few, and very unreliable, working hours – I’m still the primary carer of young children, and take on a lot of freelance writing to earn a living. It’s difficult to find any time to work on longer-term, slower-burning fiction projects.

What do you think of writers’ festivals?
My experiences at writers’ festivals (all of them in Australia) have always been overwhelmingly positive. It’s such a joy to be around other writers – after all that solitary time! – and to be forced to rethink some of my own assumptions and bad habits or lazy thinking as a writer.

Do you read reviews of your own books?
Generally, I try not to, for the sake of my own mental health. But even if I don’t read reviews, I always appreciate that somebody has taken the time to read and respond (whether positively or negatively).

Are artists valued in our society?
My sense is that writers are fairly low on the totem pole of value in our society at the moment, at least politically and economically. It’s almost impossible to make a living making art, which tells a story in itself of what we value.

What are you working on now?
I’m in a period of creative experimentation and wanting to try something new (or maybe I’m just having a midlife crisis!). There might be a chance to write a sci-fi romance – something I’ve always wanted to do – and I’m also thinking about starting work on a long-term non-fiction book about social and environmental justice in outer space.