The Topeka School by Ben Lerner

Modern US culture has a peculiar love of the extracurricular world of teenagers, valorising the spelling bees, debating competitions, and varsity-level football games of its youth. In Ben Lerner’s new novel, The Topeka School, the interscholastic debating trophy is so sought after that tournaments resemble verbal combat, in which high-school competitors rely on sly technique rather than substance. Witness the use of what our teenage protagonist, Adam Gordon, aptly refers to as ‘the spread’: a rapid-fire, near-hysterical diatribe designed to deliver so many arguments in such a short amount of time that the opposing team will be unable to address each point. These verbal sprinters may be sweating under the strain of 340 words per minute, but they will take home the trophy regardless because of the opposing team’s inability to counter their gasping gibberish. As Lerner notes, a ghost wandering the high-school halls would perceive interscholastic debate as ‘less competitive speech than glossolalic ritual’.

The Topeka School is the final instalment in Lerner’s compelling auto-fiction trilogy, with his two previous works, Leaving the Atocha Station (2011) and 10:04 (2014), exploring the inner world of a Ben Lerner stand-in, who also goes by the name of Adam Gordon in Leaving the Atocha Station but is represented by an unnamed narrator in 10:04. The Topeka School focuses on Adam’s high-school years in Topeka, Kansas, and for the most part shifts his story into the third person, while granting his psychologist parents, Jane and Jonathan, first-person exposition. Lerner was a talented debater in Topeka and the son of two prominent psychologists, and the Lerner/Gordon story expands to explore his parents’ years at a renowned psychiatric institute, the Foundation, which is a fictionalised version of Topeka’s Menninger Foundation, where Lerner’s parents worked. Jonathan is establishing a rather irrelevant film and video division at the Foundation, while Jane has written a bestselling self-help book on female empowerment, which attracts declarations of love from women at Topeka’s grocery store and open hostility from the city’s loner men. (Lerner’s mother, Harriet Lerner, wrote the bestselling book The Dance of Anger: A woman’s guide to changing the patterns of intimate relationships [1985].) In italicised sections and through a masterful use of passive voice, the novel also gives us access to the disturbed and inarticulate musings of local outcast Darren Eberheart, who is initially ridiculed by his classmates but is eventually brought into the cool kids’ circle with horrifying results.

The novel is largely set in the late 1990s when Bill Clinton was president and liberal democracy had seemingly gained a foothold in America, but train your eye on the homes of the mid-western cities, Lerner seems to be saying, and you will find an identity crisis among angry white boys, enjoying privileged lives in cookie-cutter housing, while quoting rap stars to whom they cannot relate. These are boys who always ‘spread’ when parties become hostile: who beat to a pulp an opponent at the slightest provocation, while their parents are ‘coming back from date night in Kansas City or making perfunctory love’.

Adam is pulled between two worlds. He wants to be a ‘real man’, to swear and bench-press like one, but his hippie parents are frustratingly available to him, and while Jonathan and Jane are beset with their own problems, there is a remarkable steadiness to Adam’s home life that just might save him from the toxic masculinity of his peers. This solid family unit will frustrate Adam in his teenage years, cast him as an outlier if only in his own mind, but it will sustain him emotionally as a husband, friend, and father in his later life. Adam will not join the ranks of those he calls the ‘lost boys’, even if he is prepared to mimic their chat, their swagger, until he can escape to an east-coast university.

Much of Adam’s animus towards his parents stems from his fears about how much he needs their tenderness, and so he punishes them in eloquent speeches, dismissing their world of thoughtfulness, describing his father’s men’s group as ‘machismo bullshit’. ‘You’ve got that wrong,’ Jonathan retorts, pointing out that his coterie was a pro-feminist collective. Adam would attempt to ‘spread’ his parents, but as psychologists they embrace confrontation and this only enrages Adam. Slammed doors and punched holes in the wall result from their monumental efforts at understanding their son.

The capacity of language to illuminate traumatised parts of the psyche is a common theme in the novel. Jonathan’s research is devoted to a language-based psychoanalytic technique called ‘speech shadowing’, while at various points of the book, both Jane and Adam descend into incomprehensible speech when faced with personal upheavals. Interestingly, Jonathan’s main role at the Foundation is to get the troubled, mid-western boys of Topeka to open up, kids from respectable families who suddenly turn mute and become anti-social, despite no evidence of trauma.

Perhaps the most intriguing section is led by Jane, who, in a precursor to twenty-first-century trolling, receives threatening phone calls from angry men who label her a ‘home-wrecker’. She employs a wonderful device for humiliating the men, insisting she cannot hear them, that the line is terrible, until they are shouting their insults and, upon hearing their own words out loud, hang up in shame. But such vitriol takes its toll. After Adam sustains a concussion, Jane’s internal speech to a ‘higher power’ is telling in its learned shame: ‘I’m a bad wife, a bad mother, a bad daughter, a home-wrecker,’ before pleading, ‘just let him be okay and I’ll behave.’ This internal pleading is a wonderful device that Lerner also deploys during Jonathan’s story. When Jonathan is visiting Adam at the hospital, his pleading is informed by what he is most deeply ashamed of: ‘I promise I will never be distracted from my wife and child again; I will never, not for an instant, begrudge Jane her success.’

Jane is most deeply disturbed by the language of a former extemporaneous debating champion, Peter Evanson, who is brought in to teach Adam how to combine hokey regional idiom with verbal fluency, how to hold his body just so, and how to gesticulate for maximum impact. During rehearsal one day, Evanson tells Adam to stop bobbing his head when he ‘gets going’ on a point. His mother bristles at the editing out of the idiosyncratic tic that signals Adam is lost in a poetic space, this expression of his selfhood, and baulks at the ‘choreographed spontaneity all in the service of manipulation, of winning’. It’s a brilliant scene and goes to the heart of Lerner’s case against the charlatanism of emotionally impoverished mid-western boys, parents, US politicians, Trump. In a sense, The Topeka School is one lengthy debate speech, a well-written, persuasive text that highlights Lerner’s ability to prosecute a case, as well as his command of pace and scansion, his poetic touch. Lerner, of course, is no longer a teenage debate champ doing whatever it takes to win – and crucially he attacks ‘the spread’ rather than using it for cheap effect – rendering this critique of life in modern America, a nation he describes as ‘adolescence without end’, as one of the most accomplished and insightful novels of recent times. 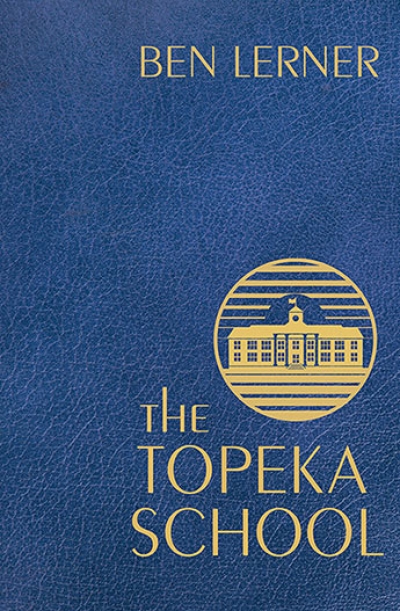