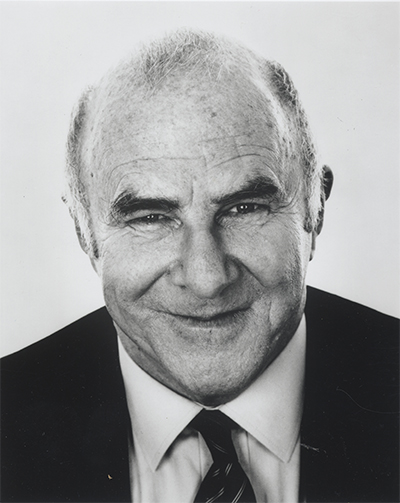 Clive JamesMuch has been written about Clive James since his death from leukaemia on November 24. He was, of course, one of the last polymaths, with a range of skills and accomplishments that made him famous in Australia (where he was born in 1939) and the United Kingdom, where he lived from 1961 to his death. Novelist, satirist, memoirist, poet, broadcaster, lyricist, reviewer, paradoxer, essayist par excellence: what didn’t he do in print, on air, on stage?

When I, Peter Rose, became editor back in 2001, one of the first things I did was to add poetry to the magazine’s repertoire – not just because I happen to be a poet but because I felt any national review worth its salt should feature new poetry. Clive was one of the first poets I contacted. His eventual response was positive, and typically witty:

My desk is in chaos here, and I’m afraid the magazine and the note were victims of two separate geological shifts to the bottom of the pile … A few poems are getting through, and I’d like to try placing one or two of them in your excellent pages. If I can get my printer working I’ll fax you one soonest; it’s about Pound and Eliot as a double-act.

That poem, ‘Simple Stanzas about Modern Masters’, duly appeared in our August 2001 edition – the first of twenty contributions from Clive James. He gave us many poems over the next decade, and a few reviews. In 2003 he attended the Mildura Writers’ Festival, where he received the Philip Hodgins Memorial Medial and delivered the La Trobe University/Australian Book Review Annual Lecture. Entitled ‘The Meaning of Recognition’, it celebrated the poetry of Philip Hodgins (‘one of the glories of late twentieth-century Australian poetry’). Hodgins, one of the creators of the Mildura Festival, had died of leukaemia in 1995, aged thirty-six.

Towards the end of this memorable lecture, Clive said:

As a poet, I spent two thirds of my career without even a reputation. Receiving this award, I feel like someone who has run the whole race invisible and popped into sight at the finishing line. Well, that fits. To be recognised means to be reassured that you were right to pursue a course that had no immediate rewards, and got in the road of activities that had. Poetry is something I gave at least part of my life to: a fact on which I often preened myself, at least in private. Now, to remind me that I had things easy, I have been honoured in the name of a man who gave his whole life to it, and his death as well. So the honour seems disproportionate; but I suppose an honour ought to.

Afterwards, there was a splendiferous Italian lunch at the Grand Hotel. Stefano de Pieri and Donata Carrazza fed us royally. There was a gigantic Murray Cod for Clive and Les Murray. Then they wheeled out Don Carrazza’s Rolls Royce to take Clive to the local airport. I caught a lift. While we waited for our flight to Melbourne, Clive went over to a vending machine and removed the saddest, limpest, least Italian tomato sandwich I have ever seen, and ate it with gusto. I thought to myself, You can take the boy out of Kogarah, but you can never take Kogarah out of the boy.

When the Peter Porter Poetry Prize closed in October, we’d received 1,046 entries from thirty different countries. It was our largest field to date, by a considerable margin. Our three judges – John Hawke (Chair and ABR’s Poetry Editor), Bronwyn Lea, and Philip Mead – have now completed the judging, after a marathon effort (we thank them warmly).

The five shortlisted poets are Lachlan Brown, Claire G. Coleman, A. Frances Johnson, Julie Manning, and Ross Gillett (who was shortlisted for the 2019 Porter Prize). Click here to read their featured poems.

Here is the judges’ interim report:

This year’s record field demonstrates both the depth and stylistic range evident in this vital area of our literature. The poems were notable for the currency of their engagement with social issues. ‘My Father’s Thesaurus’ by A. Frances Johnson is an unsentimental yet emotive portrayal of the situation of the elderly and their carers. A concern with Indigenous themes was evident in many entries: the forceful argument of Claire G. Coleman’s ‘That Wadjela Tongue’ was outstanding among these. Lachlan Brown’s unsettling ‘Precision Signs’ interrogates the hollowness of contemporary jargon from within. There is also a commitment to conventional form: like Brown’s poem, Ross Gillett’s ‘South Coast Sonnets’ impressively adapts and modernises a traditional end-rhyming verse structure. Julie Manning’s ‘Constellation of Bees’ is a finely observed poem of the natural world, presented with necessary ecological awareness.

This year’s Porter Prize ceremony will be held at 6 pm on 16 January at the Boyd Community Hub (Southbank, Melbourne), where ABR is based. This is a free event but bookings are essential. This email address is being protected from spambots. You need JavaScript enabled to view it.. All five poets will attend. After readings – the five shortlisted poems and classics by Peter Porter – a special guest will name the overall winner.

The rapid extension of our digital archive going back to 1978 (when ABR was revived) will be a major priority in 2020, but we’re also looking forward to reviving our podcast, which has been dormant for a couple of years. From January 8 we will offer a fortnightly podcast: reviews, conversations, poetry and short fiction, and recordings of Calibre essays. Michael Hofmann inaugurates the new podcast with a reading of his inspired poem ‘The Resident’ about Donal Dump (aka Donald Trump). Look out for the podcast every second Wednesday.

Thanks to everyone who has already entered our current travel competition. In a first for ABR, we are delighted to be partnering with luxury travel company Abercrombie & Kent to offer one lucky ABR subscriber the chance to win a ten-day adventure for two in India worth up to AU$8,250.

The prize is Abercrombie & Kent’s ‘Essential India’ tour, a seven-day private journey from Delhi to Agra to Jaipur staying in luxury Taj hotels throughout, plus the winner’s choice of a three-day extension to either Ranthambore, Udaipur, or Varanasi.

To be in the running to win this magnificent prize, subscribers need to tell us – in fifty to one hundred words – about a book that has inspired them to travel. Entry is open until 20 February 2020. All current subscribers (print or online) are eligible, and, as you know, you can subscribe online for as little as $10 per month.

The winner will be notified in March 2020 and will be announced in our Travel issue in April 2020. Terms and conditions apply. Click here to enter for your chance to win!

The tenth ABR Elizabeth Jolley Short Story Prize will open on January 20, with a closing date of May 1. Terms and Conditions, Frequently Asked Questions, and the judges’ names will be available online from January 20. We welcome unpublished short stories ranging from 2,000 to 5,000 words – on any subject and in any style.

In a recent survey of past entrants in our three literary prizes (approximately 5,000 in all!), we asked if they preferred a hefty first prize or a more even division of prize moneys. Eighty per cent of respondents preferred the latter: hence this review of the Jolley Prize and our other prizes.

It’s a time of considerable largesse from Copyright Agency’s Cultural Fund, which has just awarded three ‘life-changing fellowships’, each worth $80,000. The recipients are writers Stephen Orr and James Bradley, and the artist Danielle Freakley.

Stephen Orr, a past ABR Fellow, will use his Fellowship to write ‘a fictionalised reimagining of past Carl Strehlow and his fourteen-year-old son, Theodor, as they travel through the South Australian desert’. James Bradley, who has written for ABR since 1997, intends to write ‘a series of interconnected essays that will offer an engaging portrait of the catastrophe taking place in our oceans’.