Unrequited Love: Diary of an accidental activist by Dennis Altman

The fortieth anniversary of the Sydney Gay and Lesbian Mardi Gras might have been an occasion for unbridled elation. Held in March of 2018, the celebration came soon after the bitterly fought battle to legalise same-sex marriage in Australia. Dennis Altman, a pre-eminent figure in Gay Liberation, paints a different picture of the Mardi Gras. His new book, Unrequited Love: Diary of an accidental activist, conveys a sense of unease despite the frolicsome charms of such festivities.

According to Altman, the veterans in attendance are left with the ‘odd sensation of having been turned into talismans, simultaneously memorialised and passed by, as successive generations reinvent themselves in ways we couldn’t imagine’. Fatigued, Altman soon leaves the carnival, taking a long detour through the dirty backstreets to his hotel. This quiet moment acquires a powerful resonance, for the peripheries are indeed where this memoir is prone to wander. Its exploration of contemporary queer culture lingers over the problems that remain unresolved: the blind spots in its politics, the missing pieces in its history, the open wounds of its past.

The diaries excerpted here cover the years following the election of Donald Trump as president, but their account of the period inevitably draws on earlier memories. A visit to the Robert Mapplethorpe exhibition in Sydney prompts a winding meditation on time spent in the United States during the heady days of the 1970s. The layered structure of these recollections underscores the complicated ways in which the past and present intertwine. Altman marvels at the presence of old continuities, as when he suggests that a drag queen popping into a bar in San Francisco might bear a close resemblance to someone he saw on the same strip forty years ago. More often, his perceptions evoke a sense of loss. He laments the devastating toll of AIDS, which claimed the lives of many of his friends and associates. Some of the most affecting passages in the book express grief for his partner, Anthony Smith, who died from lung cancer. Peering through the window as he drives around Melbourne, he realises that the city has already changed in ways Anthony would no longer recognise, and that ‘each day the dead are further lost to us’.

The literary presentation of the text itself takes on an almost elegiac quality. Altman points out that many gay men of his generation came to terms with their sexual desires through the narratives of writers such as Christopher Isherwood, James Baldwin, and Gore Vidal. (In an early passage, he explicitly refers to Isherwood’s diaries as the precedent for the records of daily life collected in this volume.) Altman discloses a desire to preserve the literary tradition as it becomes endangered by the ascendancy of visual and new media. The most striking aspect of this gesture is the diffidence with which it is made. Reflecting upon his remarks at a public speaking event, he writes: ‘I define queer history as being ultimately about the desire to know that there are other people out there like us, and regret the decline of reading, particularly of imaginative literature, among so many queer activists. If someone had the presence of mind to challenge me I’d have to acknowledge I have no proof for that assertion.’

Ironically, the recognition of this ambivalence points towards the literary virtues the book seeks to champion. After all, this is a memoir that takes great relish in its ability to accommodate speculation. The sentiments it expresses are seldom presented as unquestioned facts. Instead, the jottings in the diaries are pitched as a series of provisional and fragmentary impressions.

This approach enables Altman to cast doubt over a wide range of assumptions, including his own. For instance, he brings a critical eye to Australia’s enduring but increasingly tainted romance with the United States, which comes to mirror his own mixed feelings for the country. (His formative experiences there set the stage for his vocation as a writer and activist; now he grows more and more disillusioned by its violence and injustice.) It is worth stressing that the scepticism he applies to received wisdoms is filtered through the cautious declaration of his own dissent. A case in point: he repeatedly takes issue with the widespread use of the LGBTI acronym, but he also acknowledges that the term ‘queer’, his preferred alternative, runs the risk of offending older members of the community who recall its pejorative uses in the past. On another occasion, he tempers his complaint about the depletion of radical potential in queer activism with the concession that he himself only ever dabbled in the counter-culture of his heyday.

If Altman means to pass on a message to the next generation, it cannot be reduced to a crude slogan. Perhaps the careful nature of his deliberations is itself instructive. The memoir’s most powerful legacy is its insistence that we resist the dangers of presuming too much. Instead, it provokes us to grapple with the strange ambiguities and contradictions inherent in our time. Dennis Altman invites us to step outside the parade for a moment and wander through the shadows. 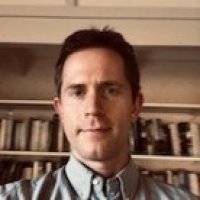 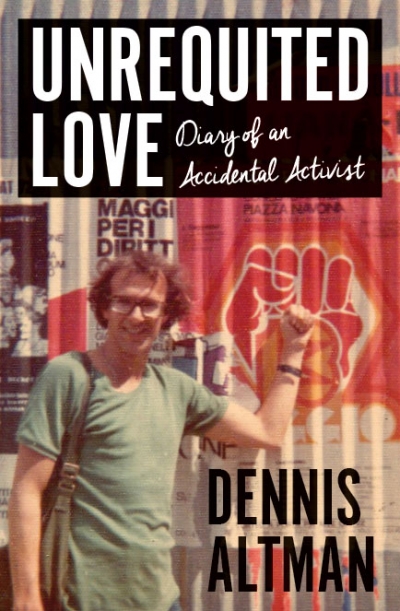