In November 2001, the United States – along with Australia and its other allies – prepared to embark on the now notorious military operations in Afghanistan and Iraq. At the time, some effort was made to justify these actions to the American public. It fell to Laura Bush, the First Lady, to deliver the apparently feminist case for the so-called War on Terror. Speaking on national radio, Bush focused on Afghanistan and the plight of its women. Military intervention, she said, would save women from ‘brutal degradation … by the Taliban regime’. Detailing various ways in which women of Afghanistan suffered privations not shared by its men, Bush assured the American public that ‘the fight against terrorism is also a fight for the rights and dignity of women’.

We can put aside the familiar objections to the Bush administration’s warmongering, along with doubts about whether it was motivated at all by concern about the oppression of Afghan women. Another question concerns what sort of reasoning sat behind the claims of Laura Bush. More generally, we might query what goes on whenever Westerners try to identify injustices suffered by women in the Global South, and how such thinking infects subsequent attempts to intervene ‘on the ground’.

Serene J. Khader’s remarkable book bravely and effectively confronts such questions. Many of us would not consciously accept that we only try to help women in the Global South by finding ways to make their culture more like our own, as if Western liberal society is a sort of ‘endpoint of moral and human progress’. Indeed, Bush’s speech made conspicuous efforts to endorse what Khader calls ‘universalism’ – the view that oppression can be tackled through moral values shared across cultural or group differences: One doesn’t need to be a wealthy, white, American Christian like Bush to be troubled by how the Taliban treats women – our ‘common humanity’ is enough.

Yet Bush still wanted to draw attention to Afghan women being punished for wearing nail polish. The freedom of Western women to wear cosmetic products and high heels, not to mention other ways of making their bodies compliant with aesthetic norms, is held within our own Western system of rewards and punishments, one in which women have it tougher than men. The response that it is still worse to be an average Afghan woman than an average Western woman is often offered as a way of ending this conversation, and sometimes by scholars Khader criticises. But it changes the subject. Emphasising who is most oppressed evades the question of whether saving from oppression drifts into with ‘saving to’ [nonsensical] – a kind of ‘missionary feminism’, where saving approximates conversion into another way of life.

If we can’t be universalists, the worry arises that we must instead be relativists: burqas, even genital mutilation, are just ‘their culture’. Khader’s more constructive approach is to ‘decolonize universalism’, with an emphasis on the harm done when gender injustice is exacerbated by Western efforts that are not as universalist as they suppose themselves to be. A key point is that ‘feminism [as] opposition to sexist oppression is compatible with different judgments about the presence and causes of oppression in different cases, as well as with the employment of different practical strategies and different moral vernaculars in different cases’. In other words, we can and should continue to be troubled by the severe oppression of women in the Global South. But we need greater awareness of the social structures within which such women find themselves. Such structures will differ for women in Afghanistan, India, Sudan, and Aboriginal Australian communities (Khader discusses each). Attention to these differences will help us to identify and prioritise possible changes. Unbounded pursuit of Western liberal ideals will not.

Khader develops this approach over the book’s length. It is commendably concise but dense in argument. The power of Khader’s analysis is perhaps best conveyed here by repeating examples she uses. The case of microcredit (small loans) to women in the Global South has been touted as a means of empowerment through financial independence. But by overlooking established local norms, microcredit schemes have often subsidised men’s withdrawal from traditional responsibilities. The loans actually increase women’s burden as they are now expected to do something with the money while continuing to perform traditional unpaid labour, like cooking and cleaning. Attempts to promote the educational opportunities for young girls have been offered as another device for securing emancipation. Yet the provision of education can overlook the fact that early marriage (and associated entry into a kinship structure), despite its associated harms, may yet offer a more reliable route to security and economic well-being. In short, reducing women’s oppression is not as simple as finding ways to bring about ‘the right to exit and refuse marriage’.

I came to Khader’s book without anything like her expertise in feminist theory or in injustices (contemporary or historical) outside the Western countries in which I’ve lived. I read the book as an optimist about Western liberalism wary about the hazards of evaluating other societies from a Western liberal perspective. Having learned a great deal from Khader’s book, it is from this perspective that I would suggest that the idea of ‘Western liberal values’ does not, after all, refer to just one thing. Western liberalism is open to interpretation, internal disagreement, and has evolved over time. Khader does not deny this, but her focus is often on a strand of liberalism she calls ‘independence individualism’. This involves a preoccupation with economic-oriented values, such as the promotion of markets, entrepreneurship, and the enhancement of women’s autonomy with respect to financial affairs.

Khader’s criticism of independence individualism is well made, particularly on the case of microcredit. But enlightenment liberal values don’t start or end with market individualism. Ideas about rule of law, a free press, and universal suffrage can be endorsed alongside scepticism about the promise of markets or capitalism to deliver social progress. In their institutionalised form, they also tend to be more present in the West than in the Global South. Changing whole institutions is, of course, harder than the sort of piecemeal ‘missionary’ interventions discussed in the book. But such efforts might avoid assuming that women are helped most by gaining a means of getting away from their husband.

Khader demonstrates that if Western liberals are to have something to offer the women of the Global South, they must acknowledge a higher burden of justification than is typically supposed. Khader’s book also illuminates an important general lesson about injustice, namely that piecemeal attempts to fix some part of an oppressive structure will fail unless attention is paid to the rest of that structure, the explanations for its existence, and which of its parts might need to be preserved even if other cultures find them hard to swallow. As Khader notes, ‘the tragedy … is that feminist change is typically going to require changes to relationships women are genuinely self-interestedly invested in’. In bringing these complexities to light and showing how they might change our approach, Khader has produced a pioneering work. 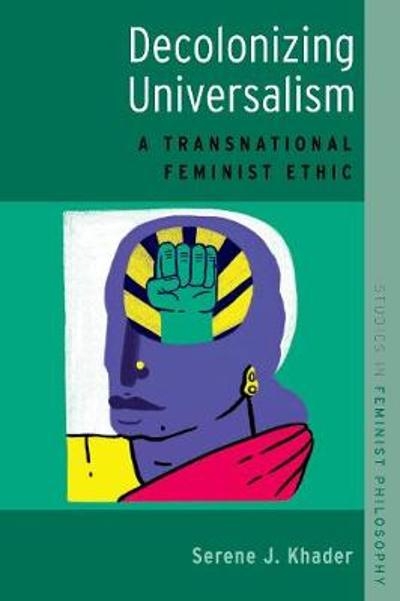