Forty years ago, François Furet outraged the French historical establishment by proclaiming that ‘the French Revolution is over’, launching a blistering critique of the Marxist categories and politics of university historians, many of them still members of the Communist Party he had abandoned in 1959. By the time of the bicentenary in 1989, historians were in bitter dispute over the meaning and legacy of the Revolution. In that year, Patrice Gueniffey completed his doctorate under Furet at the prestigious research school the École des Hautes Études en Sciences Sociales in Paris. He remains at that institution today, Furet’s most famous disciple and a celebrated historian in his own right.

There are parallels between Patrice Gueniffey and Geoffrey Blainey. Both are brilliant and erudite men capable of startling insights and loose generalisations. One justification for his book, Gueniffey assures us, is that ‘the younger generations no longer have any taste for democracy’, or even for politics, which are incapable of solving the world’s problems. We are now returning to the world of ‘strongmen’, ‘poisonous’ though that may be. He seems to relish his role as a conservative outsider taking on the left-wingers in France’s universities: his specific targets are the defenders of the French Revolution’s legacy and those who advocate history ‘from below’ and the inclusion of working women, slaves, and minorities in historical accounts. That’s all well and good, he allows, but what of the old-fashioned view that history is often made by great individuals?

Napoleon and Charles de Gaulle, with Louis XIV, are consistently voted in polls as the ‘greatest’ Frenchmen. Gueniffey agrees, but notes that they are also the most controversial: ‘They are admirable, not likeable.’ So Napoleon (1769–1821) was both the destroyer and the saviour of the French Revolution; de Gaulle (1890–1970) both the restorer of national dignity after 1940 and the man who overthrew the Fourth Republic in 1958. The defeat of Napoleon’s dreams of imperial glory in 1815 ended France’s domination of Europe; de Gaulle’s role in reluctantly accepting Europe and decolonisation ended its dreams of a new empire. 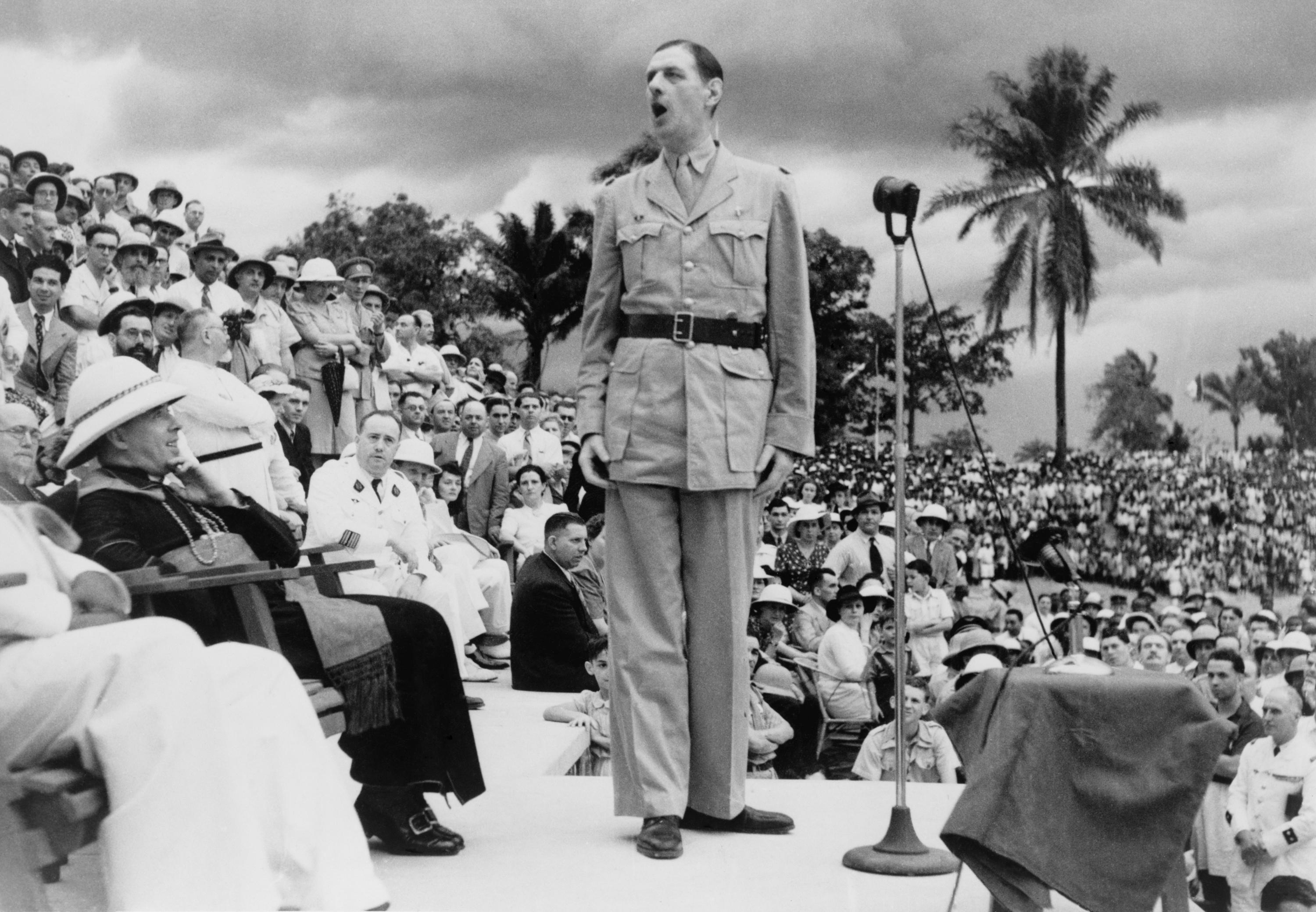 It would be difficult to envisage a sharper physical contrast than that between the towering de Gaulle (1.96m or 6’5”) and Bonaparte (1.68m or 5’6”). The passionate, vulgar, cynical Napoleon was the polar opposite of the reserved, devout, and haughty Charle, who entered public life at the age when Napoleon was leaving it. It is therefore odd that Gueniffey deliberately excludes discussing their formative childhood years (though he covered Napoleon’s in the first volume of his biography [2015]). What did the second of eight children of impecunious Corsican nobles have in common with the well-educated son of a wealthy and devout northern upper-bourgeois family? What needs drove them from childhood?

Gueniffey leaves us in no doubt about his admiration for their grandeur, a suitably ancient French term with which de Gaulle began his war memoirs as meaning the opposite of national mediocrity. Both men were great builders at a time of deep national division: Napoleon brought the Revolution to an end, and de Gaulle built the first stable regime since the eighteenth century. They were ‘providential men’ who represented ‘a solution, a way out’ and ‘restored the country’s self-confidence’. Gueniffey explores their capacity for ‘comeback’ in the midst of military crisis: Napoleon’s abandonment of his beleaguered troops in Egypt in order to seize power in 1799; de Gaulle’s manoeuvrings to return to power during the Algerian crisis in 1958 after more than a decade in self-imposed exile.

They could appear above politics, appealing to both left and right. They were capable of prodigious concentration and administrative detail: Napoleon’s durable creation of the Civil Code in 1804 was matched by de Gaulle’s new constitution after 1958. Both were often unscrupulous and pitiless. They were also capable of great cruelty, as in Napoleon’s encouragement of massacres of Muslims in Jaffa in 1799 and de Gaulle’s repression of protests in Algeria in 1945. Gueniffey agrees with Hegel’s judgement on ‘world historical individuals’, written shortly after Napoleon’s death: ‘such men may treat other great, even sacred, interests inconsiderately: conduct which is indeed obnoxious to moral reprehension. But so mighty a form must trample down many an innocent flower – crush to pieces many an object in its path.’

The greatest contrast, of course, is between Napoleon’s blood-soaked attempt at a creation of a Europe under French imperium, at the cost of at least three million lives, and de Gaulle’s search for a special role for France in a peaceful European Economic Community. This was the contrast between the brilliant general’s sword and the military commander’s pen. De Gaulle himself was horrified by the loss of life under Napoleon.

Gueniffey argues that, unlike Britain, where ruling-class continuity has underpinned institutional stability, France has needed great men for ‘the unity that cannot be found elsewhere’. The contrary point of view was argued by Lionel Jospin, Socialist Party prime minister of France from 1997 to 2002 and twice the Party’s unsuccessful presidential candidate. In Le mal Napoléonien (The Napoleonic Evil, 2014), Jospin regretted that, ever since Napoleon, democratic life in France has been haunted by a gilded myth of the saviour, according to which a great man will restore order, glory, and prosperity. Ever since de Gaulle, France has longed for another saviour but has had to accept mere politicians.

Gueniffey’s polite disdain for his historian contemporaries is mirrored in his sources as much as his perspectives. Not for him the patient labours of archival research or close familiarity with contemporary scholarship. He prefers the company of writers of memoirs. There is no recognition of some of the best biographies of the past twenty years in English (such as Julian Jackson on de Gaulle or our own Philip Dwyer’s superb three-volume work on Napoleon) or even in French.

The book is much more than a reassertion of the importance of ‘great men in history’. It is a polemic against what he mocks as current fashions in historical writing. Gueniffey is scathing about school history curricula, ‘full of holes’ and missing those who have ‘incarnated history’, destroyed by social history and now by global history, post-colonialism, social theory, and political correctness – a history of victims and outrages. For Gueniffey, this is France’s own ‘black armband’ history, ‘a history without heroes’, characterised by ‘relativism, self-hatred, self-denigration, repentance, and a desire for expiation’. His chapter on ‘The Place of Great Men’ is an unforgettable, vituperative attack on every innovation in historical writing of the past fifty years, none more so than ‘currently fashionable global history’ in which ‘mountains give birth to mice’. It would make the perfect set reading for a lively history tutorial on the question ‘What is history?’ 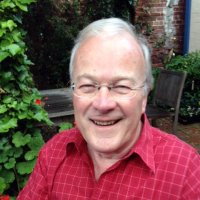 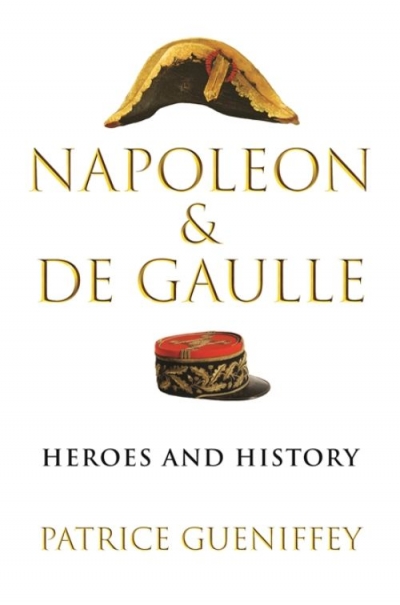