Like much feminist performance art since the 1960s, Casey Jenkins’s latest performance piece, titled IMMACULATE, centres on a female body – Jenkins’s own. IMMACULATE is a performance that documents the legal and commonly practised process of self-insemination in the home.

After initially awarding funding to the work, the Australia Council has rescinded the grant, stating: ‘We cannot be party to any act that could result in bringing a new life into the world.’ While the Council denies ideological reasons or political pressure behind its U-turn decision – despite having sent the artist a transcript of Peta Credlin’s scathing condemnation of the work on her Sky News talk show prior to announcing the funding cut – the response more troublingly points to a long history of political and institutional attempts to control how women use their bodies and assert their reproductive rights.

This demands a deeper consideration of what it is about this particular work of art that provokes the kind of disgust and anger expressed by Credlin and the timid, risk-averse response from the Australia Council.

Jenkins’s experience of attempted reproduction is different from what most audiences might expect. First, Jenkins – who uses they/them pronouns – is a single mother of one who wants to expand their family. Second, they are choosing to realise that goal through self-insemination via sperm donated from a friend rather than through sexual intercourse. Third, Jenkins is putting a frame around the documentation of their experience and calling it an artwork.

Since feminist performance burst into the Western art world in the 1960s, it has grappled with the contradictory expectations around women’s bodies and experiences in the public sphere, the traditional roles assigned to women in society, and the resulting taboos around women’s sexuality and reproductive capacities. The art was often deliberately outrageous. Famously, Carolee Schneemann stood naked on a table and pulled a scroll out of her vagina from which she read aloud to the public. Judy Chicago made an installation of a sterile white bathroom strewn with bloodied tampons and pads. Annie Sprinkle slumped in a chair with her pelvis thrust forward and invited spectators to look at her cervix with the aid of a speculum and torch. The shock tactics of these works were indicative of the violence of the artists’ experiences as women in the world: the paradoxical social pressures to be good mothers but ignorant about female reproductive organs; to be beautiful and available but not overtly sexual; to be creators of life but not art.

In IMMACULATE, each act of self-insemination is documented and live-streamed to audiences via Jenkins’s website and made accessible afterwards as a video. If you watch the performances, what is striking about the process is the intimate banality of this common practice of DIY artificial insemination. The work might best be described as boring to watch. This slowness is a deliberate attempt to demonstrate how everyday and commonplace such acts are in modern Australia. Yet its measured pace and quiet aesthetic are starkly at odds with institutional and media responses to the work.

The work further raises questions about loneliness, emphasised in Jenkins performing the self-insemination alone. As a single person, there is no partner to share in the excitement or aspirational hope of the potential moment of insemination. This is compounded by the isolation of Covid-19 restrictions in Melbourne, which meant that, at the time of the first two performances, they were not allowed a friend in their home to support or celebrate the experience.

So why then is this performance so threatening to some media commentators and the Australia Council?

The justification that the Australia Council gives for stripping the work of its funding is that it cannot be implicated in a performance in which ‘a legal claim could be brought in the future’. The language with which the Council has justified its final decision has been concertedly vague and evasive in stating who would lodge such a claim and on what legal basis. Yet it implies concern over the future possibility of the Council being sued by a child that might be conceived during the filming of the work.

The fact that the Council seems concerned about the life of a human who does not figure in the work, and may indeed never come into existence, is not only bizarre and illogical but disconcertingly reminiscent of the rhetoric around so-called pro-life campaigns and the politicians who support them. Such campaigns usually focus on the rights of the embryo rather than the life, health, and well-being of the living person: the mother.

Even though abortion is legal and commonplace in nations like Australia, the medical, legal, geographic, and social barriers that still exist around women’s access to abortion make many women who choose to exercise this legal right feel criminalised. The Council’s ambiguous response to IMMACULATE makes Jenkins’s legal right to self-inseminate seem criminal.

The political and institutional responses to IMMACULATE show that women’s agency over their bodies and reproductive choices are still contentious issues in modern Australia. Nevertheless, Jenkins will continue to stage this performance each time they ovulate over the next few months, drawing urgent attention to the complexities of reproduction, motherhood, care-giving, isolation, autonomy, and the challenges of being a contemporary female artist. 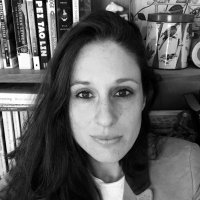 Lara Stevens teaches theatre, performance, and gender studies at the University of Melbourne. She is the author of Anti-War Theatre After Brecht (2016), editor and translator of Politics, Ethics and Performance: Hélène Cixous and the Théâtre du Soleil (2016) and co-editor of Feminist Ecologies (2018).