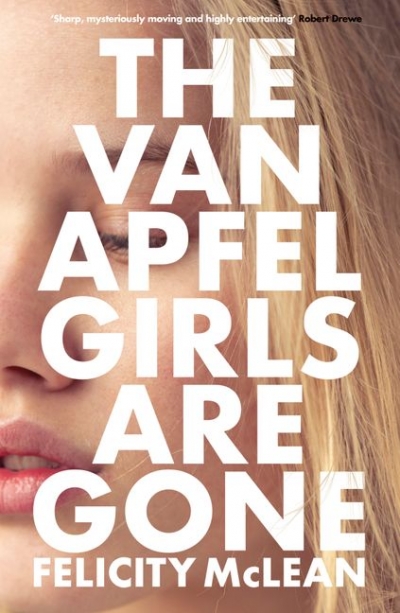 From the ill-fated explorations of Leichhardt and Burke and Wills through to the Beaumont children, Azaria Chamberlain, and the backpacker murders in New South Wales, the history of Australia is peppered with tales and images of people going missing. And, as the First Peoples might well have been able to warn us, few of those stories turn out well.

Felicity McLean’s first novel situates this familiar trope in an outer-Sydney suburb circa 1992. The publisher calls it ‘Picnic at Hanging Rock for a new generation’, without explaining why Joan Lindsay’s original – or, for that matter, Peter Weir’s definitive film adaptation – shouldn’t suffice for all generations. But the ill-advised television remake of Picnic is already among us, and now McLean attempts to step out of the considerable shadow of Lindsay’s precursor. (Any doubts as to whether she was concerned about the comparison evaporate when the Miranda-like character Cordelia is described as ‘no Botticelli angel’.)

And she does: The Van Apfel Girls Are Gone is a highly efficient and, at times, exceptional piece of storytelling. The clinging summer heat and looming sense of disaster are expertly rendered through the eyes of eleven-year-old narrator Tikka. Her observations are childlike but never childish. There is little cloying precociousness, always a risk when a youthful protagonist is employed.

Things get off to an inauspicious start with a two-page prologue in which clumsy images (‘the death rattle of cornflakes in their box’) blunder across the page like a rhinoceros on a jumping castle. The ending is also slightly awkward: as in many mystery novels, the desperation to reach a satisfactory conclusion results in one less than satisfactory. But on this evidence, McLean’s craft is only going to improve. She is most assuredly a writer worth following.