Uncertainty is the new norm. Nationalist rhetoric is rife. Donald Trump is running for the US presidency. It’s June 2016 and the Brexit referendum has dazed the international community, heralding the start of the United Kingdom’s glacial extraction from the European Union. Amid the turmoil, Scottish novelist Ali Smith releases Autumn, the first, she foreshadows, of a seasonal quartet intended to capture the unstable ‘state of the nation’. A playful yet disquieting story set against a backdrop of xenophobia and heightened security, it is promptly hailed as the ‘first great post-Brexit novel’. Smith begins writing voraciously, hurrying to keep step with reality, and releases Winter (2017) soon after. ‘God was dead’ begins the surreal, Dickens-inspired Christmas tale, one featuring a disembodied floating head and a piece of land suspended above the dining table.

And now we have Spring.

Richard Lease, an old television and film director based in Scotland, is abandoning his life. He has quit work on a spurious, sexed-up fictionalisation of the meeting of writers Katherine Mansfield and Rainer Maria Rilke, and is mourning the death of his closest friend, Patricia ‘Paddy’ Heal. First, though, we meet Paddy, a witty, charismatic, preternaturally intelligent woman. She is also a scriptwriter, a rarity who, in her films, could make ‘something real happen’. Following her death, Richard becomes disillusioned and takes a train as far is it will take him.

Next we meet Brittany Hall, a ‘DCO’ at an ‘IRC’ run by the ‘HO’ employed by ‘SA4A’ – or, translated from the Orwellian, a detainee officer at an immigration centre. (The security firm SA4A, i.e. SAFER, is the erector of the mysterious, barbed-wire enclosure in Autumn and the employer of Arthur in Winter.) At the IRC, Brittany monitors the asylum seekers, those interned for ‘years, years and years’ in a place ‘built for 72-hour detention at most’. She is aware that ‘something terrible was happening’, either to herself or to the world at large, but now, as if ‘beyond perspex’, it feels ‘quite far away’. One day a young girl in a school uniform walks into the centre, bypassing security like a ghost. When she leaves, the manager orders all the toilets to be cleaned. No one knows why. Brittany soon meets the girl, a discerning twelve-year-old named Florence Smith, and together they too climb aboard a train.

In Spring, Smith asks us to confront some uncomfortable realities. The novel has a greater political fervency and moral urgency than its predecessors. The writing, while retaining the light, spirited Smithian style, is polemic. The first words, ‘Now what we don’t want is Facts’, build into a deafening list of social media’s pervasive demands. ‘SHUT UP just shut the fUck Up can someone tape her mouth shut’ opens a later chapter, a screed of recognisable hate speech directed at women both online and off. Yet the defining focus of the narrative is the global treatment of refugees. Smith’s indignation at indefinite detention and the use of refugees as political fodder is palpable. ‘My face is all about you,’ one passage reads, ‘My face trodden in mud. My face bloated by sea. What my face means is not your face. By all means. You’re welcome.’ Smith, who has partaken in Refugee Tales, where volunteers befriend and support immigration detainees, has presumably seen and heard some unforgettable things. There is little ambiguity in what she is trying to say in Spring.

Occasionally, this feels didactic. ‘Being British’ is all about ‘keeping people out’. ‘Strangers are more dangerous than ever.’ ‘Young’ and ‘mixed race people’ are treated as invisible by ‘certain white people’. These jugular jabs won’t appeal to everyone, especially those looking for the subtler tones of Autumn and Winter. Yet, it is difficult to shake the feeling that this fourth-wall-breaking frankness is Smith’s intention. Fiction tends to satisfy once its message is absorbed, decoded, and understood. Florence writes stories in a notebook (which appear interspliced throughout Spring). In one of them, a woman is forced to dance to her death, sacrificially. Refusing, she upbraids them: ‘I’m not your symbol. Go and lose yourself or find yourself in some other story.’ Maybe Smith doesn’t want to hide a face bloated by sea in a metaphor. 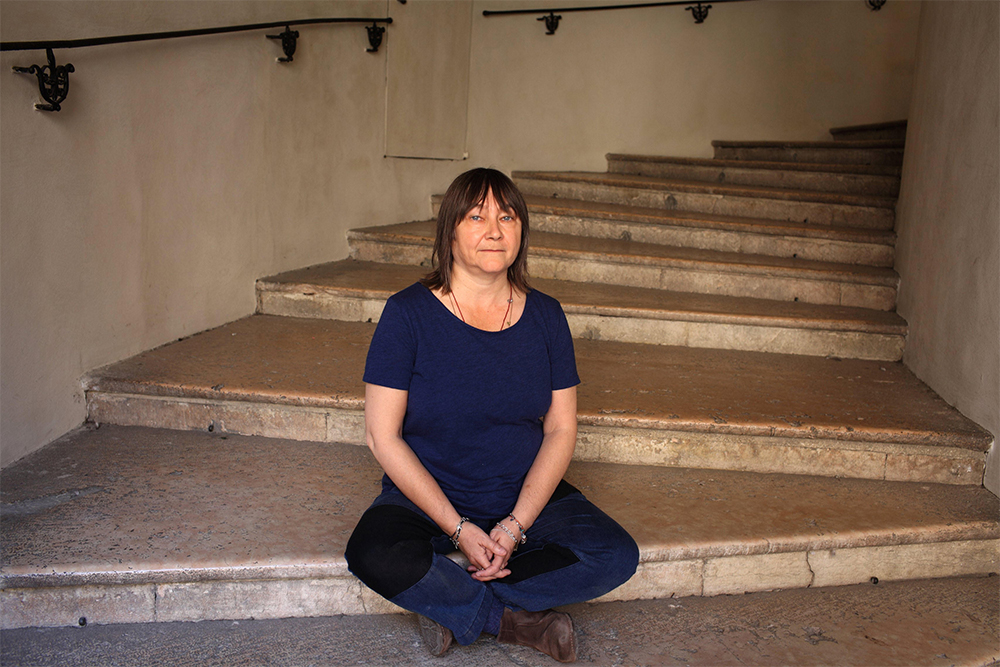 Smith is trying carve out a roadmap for us, a means by which to effect real change. As in much of her work – The Accidental (2005), Girl Meets Boy (2007), How To Be Both (2014) – such changes begin with characters gradually understanding their own capacity to reinvent themselves, to escape their situation. Smith’s radiant, near-angelic figures – her ‘disruptors’, according to Olivia Laing – help facilitate these revelations. In Autumn, the worldly, 101-year-old Daniel Gluck befriends the young and miserable Elisabeth Demand; in Winter, the radiant Lux helps thaw Sophia Cleves’s icy Christmas. In Spring, Paddy is that irreplaceable spirit for Richard, and Florence is a purifying light to Brittany – as well as to anyone else she happens to meet. Smith wants us to know that our identities are fluid, our self-perception malleable and unfixed. Brittany, who half-jokingly refers to herself as ‘the machine’, is told by Florence not to worry: ‘we’ll oil you and adapt you and upgrade you to a new way of working’.

The characters in Spring, as in its predecessors, happen upon different artists and their work. This in turn assists their reconstitution. Smith’s frequent ekphrastic renderings of art throughout the series exemplify her belief in its value amid a climate of uncertainty. Daniel Gluck collects the ‘arty art’ of British pop-art painter Pauline Boty; Sophia Cleves adores the sculptures of Barbara Hepworth. In a gallery, Richard happens upon the vast chalk works of Tacita Dean. He stands before The Montafon Letter, a depiction of an avalanche crashing down a mountain so immense ‘the wall became mountain and the mountain became a kind of wall’. Richard sums up its gravity, stammering ‘Fuck me’. 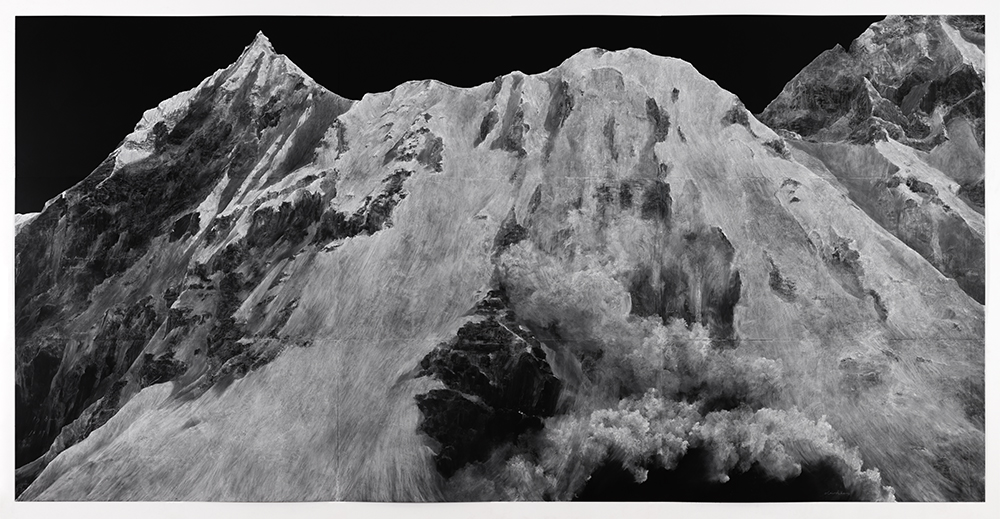 Spring is a luminous tale, one striving to be the axe with which to crack the frozen, post-Brexit, post-truth sea around us. It comes at a pivotal time, when nations, and their peoples, are folding in on themselves. We live in the world of Spring. This is no wild fiction for Australians, who are all too familiar with the internment of asylum seekers. The direction in which we are steering ourselves is the crux of this narrative: our choices determine whether we will bring ourselves together or further inure ourselves to division and indifference.

In one passage, Richard watches as a train’s wheels come into contact with mud. ‘Even the machine has to encounter nature, not even it can escape the earth,’ he reflects. ‘There’s something reassuring in that.’ Perhaps this is Smith’s lasting question: are we nature, or have we become the machine? 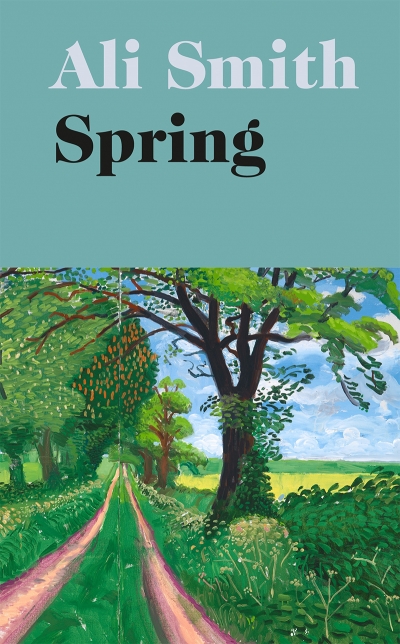