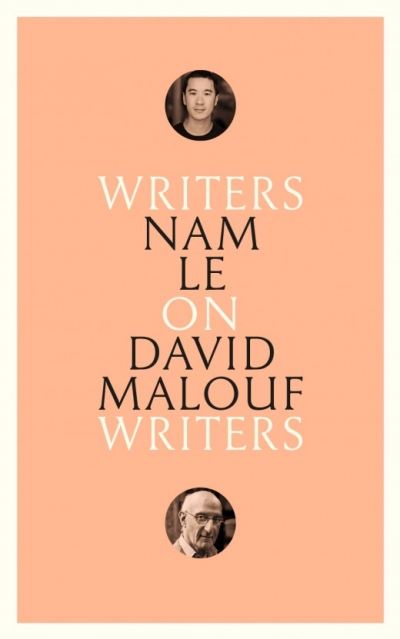 For more than a decade the world has waited, patiently or disbelievingly, for a second book from Nam Le, author of The Boat (2008), a collection of seven tales that won the young Australian author acclaim throughout the world. Finally, it has arrived. A book-length essay running to about 15,000 words, it may not be what the ravenous world had in mind, but it is seriously interesting – interestingly interesting one might almost say. The volume appears in Black Inc.’s neat little Writers on Writers series, with its owlish photographs of authors and subjects: author on top, subject below. Until now there were four in the series, including Christos Tsiolkas on Patrick White, and Ceridwen Dovey on J.M. Coetzee. (Michelle de Kretser on Shirley Hazzard, due later this year, promises to be a notable pairing.)

The authors, it’s apparent, are encouraged (perhaps even contractually required) to be intensely ‘personal’. Here, Nam Le – in his meditation on the subtleties and self-presentation of David Malouf – does not disappoint. His response, deeply autobiographical, feels swiftly written and passionately conceived; the responsive reader will consume it in a trice and then go back to savour its anxious nuances and discriminations. Truly essayistic, it is ‘a thinking out loud, a setting down of thinking’. Like his short stories – which generate considerable tension, marking them out in an often bloodless genre – Nam Le’s essay bristles with paradoxes and contradictions.