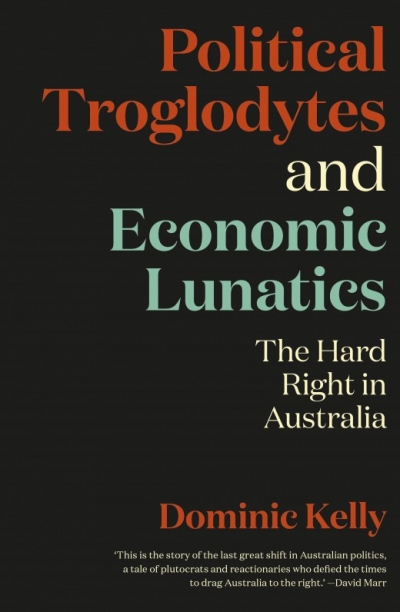 Political Troglodytes and Economic Lunatics: The hard right in Australia 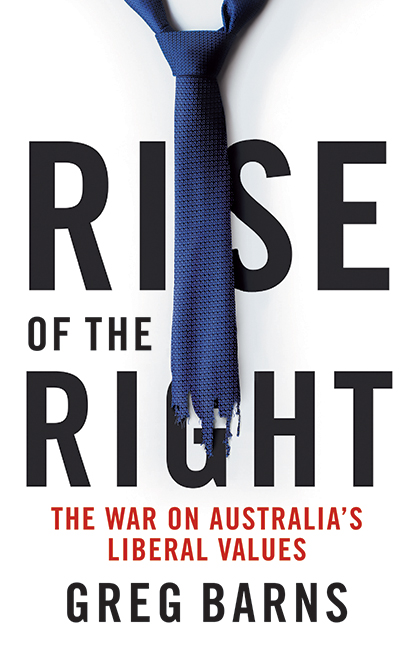 Rise of the Right: The war on Australia's liberal values

In the last four decades, a shift has occurred away from the post-World War II consensus around the role of the state. Conservative parties dominated by neo-liberal agendas have surged, assisted by the abandonment of progressive politics by centre-left parties such as Labour in the United Kingdom, the Democrats in the United States, and our own Australian Labor Party. Since the global financial meltdown of 2008, however, an interesting transmogrification has occurred as conservative politics acquired a populist sheen. From the triumph of Donald Trump to the forces that won Brexit, conservative voices have inflamed social and racial tensions by speaking out against the neo-liberal ‘globalist’ agenda, with scholars and journalists producing an enormous array of material to sift through in examining these trends. Of particular focus have been the organisations and personalities behind this shift, who have seized advantage of the post-Global Financial Crisis moment to try and reshape the world in their own image. Works such as Jane Mayer’s Dark Money: The hidden history of the billionaires behind the rise of the radical right (2016) and Nancy MacLean’s Democracy in Chains: The deep history of the radical right’s stealth plan for America (2017) have traced the impact that right-wing figures and organisations have had in the United States.

Two new books bring these issues into the Australian context. Political Troglodytes and Economic Lunatics: The hard right in Australia by Dominic Kelly is a cool, forensic examination of the forces that have shaped our political and social debates since the 1980s. Rise of the Right: The war on Australia’s liberal values by Greg Barns is an entertaining, albeit embittered screed aimed primarily at the political sins of the Liberal Party.

Of the two books, Political Troglodytes is by far the more comprehensive specimen. Dominic Kelly has established himself as an important new voice in the Australian commentariat. Based on his PhD thesis, Political Troglodytes examines four different organisations that have reshaped conservative politics in Australia: the H.R. Nicholls Society, the Samuel Griffith Society, the Bennelong Society, and the Lavoisier Group. Unlike think tanks such as the Institute for Public Affairs (covered in Kelly’s comprehensive introductory chapters), each group focused on a single issue. For H.R. Nicholls, it was industrial relations; for the Samuel Griffith Society, constitutional issues. The Bennelong Society focused on Indigenous affairs. Bringing up the rear was the Lavoisier Group, with its pathological rejection of anthropogenic climate change. Linking all the groups were the vision and money of two men: Ray Evans and Hugh Morgan. Key players in the Western Mining Corporation, Evans and Morgan – along with ideological partner John Stone – had the money and, most importantly, the time and patience to shift the debate on these key issues.

Political Troglodytes and Economic Lunatics: The hard right in Australia

Rise of the Right: The war on Australia's liberal values