Perched on the precipice of the Blue Mountains, Leura is both quiet and wild, a place of misty romance, sylvan charm, and middle-class entitlement. I am here because some friends have offered me their house as a writing retreat for ten days so that I can pen a chapter on the history of marriage (1788 to marriage equality) for The Cambridge Companion to Australian Legal History. The house is an arcadia of silence: perfect for a task that I accepted with appropriate academic reverence. There are three hundred pages of typed notes arranged in neurotic chronological order on my desk, and a hillock of books at my feet. The problem is that it’s now day seven and I’ve hardly written a thing. The problem, I’ve realised, is MAFS.

Before I left Sydney, a friend suggested that I watch an episode of Married at First Sight (MAFS). I agreed that it would be good to see where marriage was at these days. Has marriage equality queered the institution? Does a show like this demonstrate how trivial marriage has become? Has it shed its historical privileges and status? Now, on day seven, it is MAFS and not my scholarship that I am thinking about. MAFS has sabotaged my chapter. 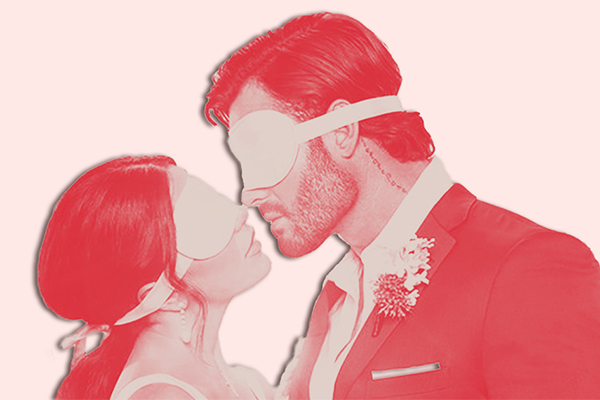 For those unaware of the show, MAFS was the highest-rating television show in Australia last year. In some ways it works like most reality television: place a group of attractive, psychologically unstable people together, ply them with alcohol, deprive them of sleep, and then watch them randomly emote, break down, or have sex. The difference here is that rather than searching for ‘the one’, contestants are matched with a partner by a ‘panel of experts’ comprising a neuropsychotherapist and two psychologists. They meet their partner for the first time on the altar (at a non-legally binding ceremony that is staged as a marriage); they exchange vows, kiss, partake in a bridal photography session, and then celebrate at a wedding reception. The couples, ‘fast-tracked’ through a series of marital challenges, return at the end of each week to a ‘commitment ceremony’, which is something in between marriage counselling, group therapy, a Quaker church session, and a Star Chamber inquisition. Here, they publicly share their wedded woes and declare if they wish to leave or stay. As long as one spouse votes to stay, both are forced to endure the experiment for another week. In this respect, MAFS conjures a world before no-fault divorce: exiting a marriage involves moral judgement and collusion between the couple. Individual will is irrelevant.

It’s this tension between desire and dictate that I find fascinating about MAFS. Shows about someone’s quest to find the right partner presuppose a person with will and desire; the capacity to choose, seduce, and consent. Since twelfth-century chivalric poetry, the Western romantic subject has been charmingly rebellious, pursuing passion over propriety, defiant of familial, legal, or social constraints. This is why most of our romance stories end with marriage, the moment where women have historically relinquished their autonomy as part of a marital contract whose terms were imposed by the state and which vested formidable power in their husbands. Even today, the language we use is one of discipline – we ‘work at marriage’. Romantic love, by contrast, is frolicsome. What happens when you begin a show with a contract rather than romantic protagonists? And what if this marriage is arranged not according to an individual or a family’s wishes, but by technocratic expertise, by a group of psychologists, one of whom appears in a lab coat?

First, the show becomes very #MeToo very quickly. Once couples are within a marital contract (albeit only a performative one), consent is presumed to extend over the period of the show to cover a range of sexual acts with a complete stranger. A successful marriage, we are told by the therapists, requires intimacy. They tell the contestants that this is a sign of ‘progress’, of ‘opening themselves up to love’. Any lack of sexual feeling is pathologised with vastly different meanings for men and women. For instance, Ning confesses to feeling no physical attraction towards her husband, Mark, and recoils when she awakes to find him naked beside her (‘I don’t usually wake up next to strangers with no underpants on’). The ‘expert’ voiceover has already offered us a different interpretation: ‘She’s now so afraid of being abandoned, she pushes men away.’ When Melissa admits to feeling no chemistry with Dino and turns away when he tries to kiss her for a bridal photo, the expert explains: ‘Melissa has not been intimate for eight years.’ Jess dutifully consummates the marriage after being pressured by one of the other contestants to have sex; otherwise ‘they will end up going their separate ways’. Upon hearing that her husband, Mick, has publicly discussed their sex life, she withdraws, and Mick confides in his friends. They’ve ‘made progress’ he says, but accessing her body in bed is like ‘crossing the Nullarbor’. Jess complains to the therapists: ‘I feel like I give him an inch and he takes a mile. I know that he thinks it’s a joke. But I’m just like, please stop.’ What appears to be a case of sexual harassment is reduced to a romantic dilemma:

Therapist: Mick when this was happening in the bedroom are you picking up on Jess’s cues to stop?

Mick: Yes, but I sort of do it playfully, and then she says enough’s enough …

Therapist: So you know when enough’s enough.

Jess has clearly said that Mick does not know when to stop, yet the scene ends with her agreeing that Mick is just emotionally demonstrative. If you have ever wondered why it took the last state in Australia until 1992 to outlaw rape in marriage, watch an episode of MAFS. When marriage presupposes sex, and consent is assumed to last for an indefinite period of time, your rights to bodily integrity are suspended, or in the least not taken seriously. 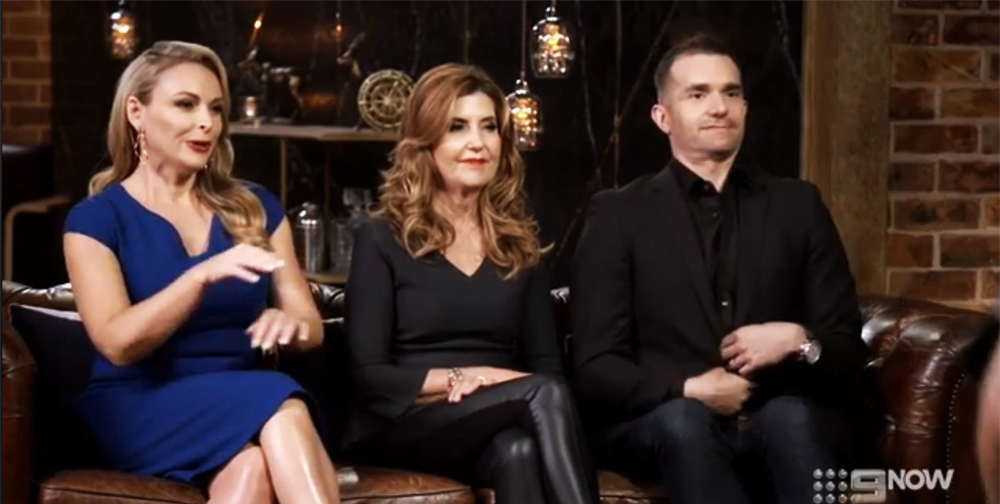 The story is different when men don’t want to have sex but the women do. Sam, who can only be described as a monster of male entitlement, declares on his wedding day that he prefers petite women: ‘I’ve never really dated someone as big as Elizabeth before.’ He then pursues an adulterous affair with another woman while humiliating Elizabeth for her sexual advances. ‘Matt, the twenty-nine-year-old virgin’, who is always referred to as ‘Matt, the twenty-nine-year-old virgin’, falls for his wife, Lauren, loses his virginity, and then, upon discovering her lesbian history, declares that he is not attracted to her. He explains that he cannot satisfy her sexual appetites. In each instance, the problem resides not with the man but with the terror of a supposedly overly sexual woman who has transgressed the bounds of feminine propriety. The only exception to this is Mel and Dino, where Dino’s cartoonesque Indian identity (he is introduced with sitar music) is seen as effeminising. When Dino explains that he wants to ‘take baby steps’ while on a ‘boy’s night’ at the pub, another husband informs him that Mel has said that she ‘wants to be slammed’. We are then given a montage of Mel laughing about her desire ‘to be slammed once in a while’, after which Dino is advised by the other white men to ‘be a man about it’, to ‘take it’ and ‘give her a slamming’. In a horrifying moment that could be taken straight from Wake in Fright, they bash their beer glasses on the table and chant, ‘Slam her, slam her.’ No expert tells the viewer that this is anything but romantic playfulness.

Of course, there’s little scope for thinking about sexual assault in the show because authority is given to psychologists who apply a supposedly therapeutic lens to the ethics of desire. It’s a modern gloss on a religious anachronism: marriage as a sacrament, a state of grace, whose inviolable bonds are now tended to by therapists rather than priests. The relationship is reified, and individual will or dissent is pathologised. There is no possibility for spouses to exercise ethical judgement of each other because that’s been outsourced to ‘the experts’ who justify moralistic, frankly appalling, pop-psychological advice with reference to ‘scientific research and data’. For instance, when Heidi tells the therapists that she wants to leave Mike – a man who pressured Jess to have sex, callously dismissed Heidi’s stories of childhood trauma, publicly gloated about their sex life, and yelled at her one morning when she had a coughing fit – she is told that the problem is entirely hers. Mike, the expert implies, is ‘a great guy’ but unfortunately Heidi has ‘a pattern of pushing men away and of hanging on to things in the past’. The language of ‘patterns’ is behaviourism at its lowest common denominator. The problem is not the fact that Mike is brutish, but rather the ‘relationship’ in the abstract and Heidi in particular. The solution? Keep working on the relationship.

The idea of a relationship as labour carries problems beyond the effacement of desire. Participants talk about ‘ticking each other’s boxes’ and Mick complains that Jess is ‘operating on Sunday trading hours’ when she refuses to have sex, as though love is a commercial or administrative task that simply requires discipline. On a positive note, this language of work foregrounds emotional labour as labour, and this is possibly the one redeeming feature of the show. In a world where contestants do not engage in paid work, spouses begin to conceive of their relationships as work. When Mike tells Heidi to ‘get to the point’ as she confides in him about her troubled past, he is chastened and seems to genuinely commit to learning basic life skills, like listening to your partner.

One of the more interesting aspects of the show is how it cleaves apart the privacy that marriage has always claimed to provide and reveals a chamber of heterosexual horrors. Throughout history, as feminist theorist Heather Brook argues, marriage has been a strangely desexualised zone, often described as a ‘financial, emotional and spiritual bond’, while those outside it have been overly sexualised. Gays and lesbians have been the hypersexualised foil to heterosexuality’s purported decency, its libidinous Other to their ennobled affections. Seeking access to this refuge partly explains desires for marriage equality. MAFS may be one of the first times where marriage acts not as refuge but as revelation; where heterosexuality appears like an object in a scientist’s laboratory, blinking and shivering under the glare. 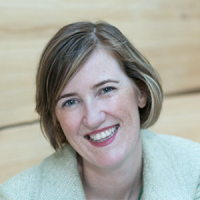 Alecia Simmonds is a Senior Lecturer in Law at UTS. She is an interdisciplinary scholar in law and history, and is the author of the award-winning book Wild Man (Affirm Press, 2015). Her next book Courting: A history of love and law in Australia (Black Inc/La Trobe Press) is forthcoming. Alecia is a Chief Investigator of the ARC project: Gender and the Jury.