The World As It Is: Inside the Obama White House by Ben Rhodes 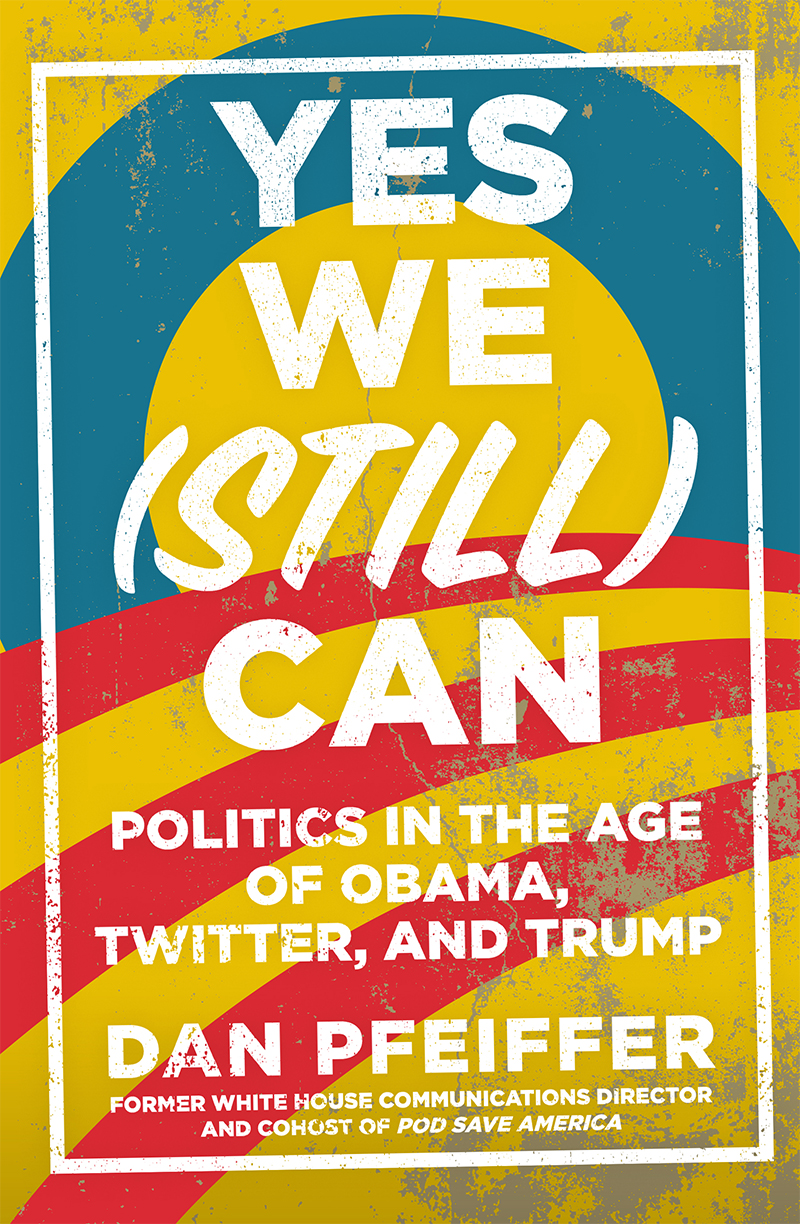 Yes We (Still) Can: Politics in the age of Obama, Twitter, and Trump

Gareth Evans diagnosed the affliction of leaving government as relevance deprivation syndrome. For those who worked in the Obama administration, leaving the White House must have presented deeper maladies: the bewildering success of a reviled political opponent and a profound sense of missed opportunities. Two recently released memoirs by former Obama staffers grapple with this reality in very different ways.

The World As It Is: Inside the Obama White House, by speechwriter Ben Rhodes, is a serious and observational account of working as a part of the president’s foreign policy team, but penned with an eye to history and the author’s place in it. Rhodes joined the fledgling Obama campaign in the spring of 2007 and quickly rose to Deputy National Security Advisor for Strategic Communications through an uncanny ability to anticipate what Obama would want to say or do on a particular issue – a kind of ‘mind meld’ with the president. Thus, Rhodes was privy to, and occasionally shaped, the president’s thinking on foreign policy across his eight years in office (2009–17).

Barack Obama promised a new beginning in American foreign policy: thoughtful, idealistic, cosmopolitan; a clean break from the neo-conservative adventurism of George W. Bush’s presidency (2001–9) and its catastrophes; an end to America’s moral transgressions in the War on Terror – torture, extrajudicial detention, abuse; a less bellicose, more conciliatory approach to allies and enemies alike. Yet, in office, Obama’s foreign policy achievements were neither particularly transformative nor inspiring. In baseball parlance, they consisted mainly of hitting ‘singles’ and ‘doubles’ – ending an unpopular war in Iraq, normalising US relations with Cuba, signing a nuclear deal with Iran. Avoiding catastrophic errors. The lofty rhetoric of Obama’s first year in office was reduced to a truism masquerading as a doctrine: ‘Don’t do stupid shit.’ 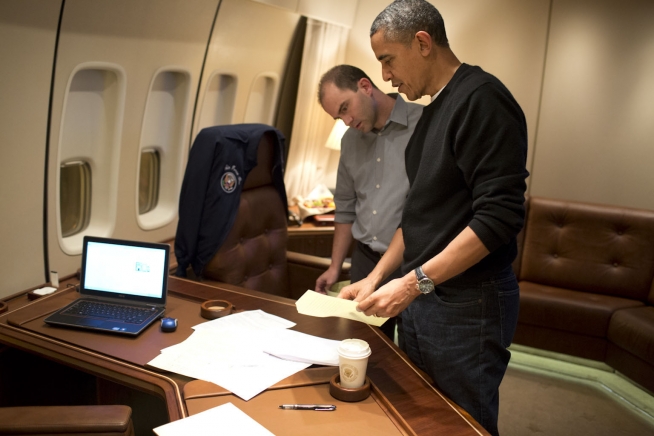 In trying to reconcile Obama’s (and the author’s) idealism with the administration’s more modest accomplishments, The World As It Is necessarily expounds the limits of presidential power. The ‘vast complex of deployments, alliances, international agreements and budget decisions’ that span decades contributes to the ‘occasional schizophrenia’ in US foreign policy and creates resistance to change. Obama’s room to manoeuvre was reduced further by the wars in Iraq and Afghanistan, which had overextended the military and entrenched public opinion against further ‘boots on the ground’ commitments. More fundamental changes were also in motion.

Obama occasionally pointed out that the post-Cold War moment was always going to be transitory … The Iraq War disturbed other countries – including U.S. allies – in its illogic and destruction, and accelerated a realignment of power and influence that was further advanced by the global financial crisis. By the time Obama took office, a global correction had already taken place.

The depredations of the Republican Party loom large. ‘The decorum that usually shielded national security from politics was tossed aside.’ In the midst of negotiations over the Iran nuclear deal in 2015, Republican House Speaker John Boehner invited the deal’s main opponent, Israeli Prime Minister Benjamin Netanyahu, to address Congress on the issue, ‘abandoning any norms about working with a foreign government to undermine the policies of a sitting president’. Rhodes’s severest criticism, however, is reserved for Republican efforts to gain political mileage from the death of Ambassador Chris Stevens during an attack on the US Embassy in Benghazi and the subsequent promotion of ‘an ugly conspiracy theory to delegitimize Obama and Clinton’.

I had grown accustomed to ugly Republican attacks, but this felt different. Some threshold had been crossed. They were slamming us in the crudest possible way in the middle of a crisis. They were attacking career Foreign Service people who had issued a statement while their embassy was under siege … They would say anything if it could cast Obama as somehow anti-American. It wasn’t just politics, it was sickening in its cynicism.

More fundamentally, a quote from Obama himself provides insight into the his caution on the world stage. ‘After I was re-elected, I pulled together a group of presidential historians that I have in from time to time … It’s interesting: They made the point that the most important thing a president can do on foreign policy is avoid a costly error.’

Rhodes is an honest and faithful observer, and a fascinating, if contradictory, portrait of Barack Obama emerges from these pages. However, the reader is often distracted by excursions into Rhodes’s life and preoccupations in the White House. Regrettably, his asides and observations tend to emphasise the author’s sense of his own importance and reveal a smugness about his membership of an élite coterie of young advisers to President Obama.

Yes We (Still) Can: Politics in the age of Obama, Twitter, and Trump, by former White House Communications Director Dan Pfeiffer, is a salty political playbook that provides a diagnosis of the Democratic defeat in 2016, maps a new media landscape, and offers a punchy and motivational guide from the Obama campaigns on how to fight back against Trump’s Republican Party.

Much of the book covers topics that have been better addressed elsewhere – for instance, the foundations of the success of the 2008 Obama campaign (The Audacity to Win by David Plouffe [2009]); the corrupting impact of Fox News on the American media landscape (The Fox Effect by David Brock and Ari Rabin-Havt [2012]); and evidence of the growing extremism in the Republican Party (It’s Even Worse Than It Looks by Thomas E. Mann and Norman J. Ornstein [2012]). However, Pfeiffer brings real insight to what he calls ‘The New Media Wasteland’. He charts the disaggregation of political media in the United States and identifies how right-wing conspiracy theories and falsehoods make their way from the fringes of the internet into the mainstream through Facebook, Twitter, and the commercial imperatives of established media outlets. 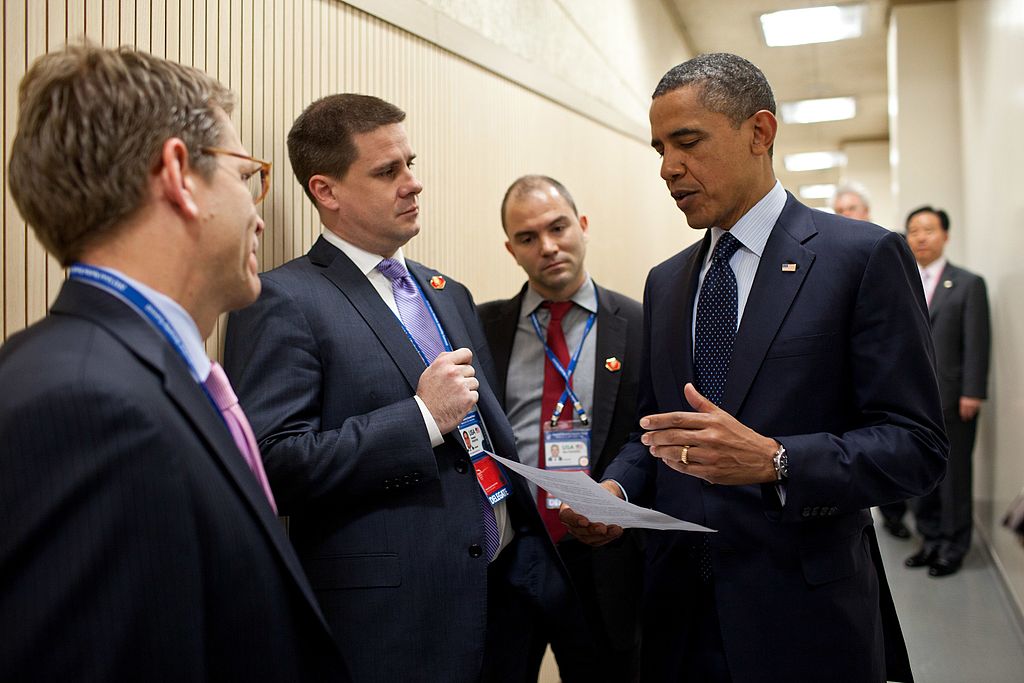 Pfeiffer argues that President Obama was on the frontlines of a rapidly changing media ecosystem and that the techniques developed by Obama and his team to combat fake news (about Obamacare, the president’s birth certificate, the Benghazi affair) can be deployed to defeat Donald Trump, who is ‘an expert at saying and tweeting the things that would dominate the conversation on Twitter and then across the media landscape’.

The book is also a call to arms. In Pfeiffer’s telling,

[T]his Republican Party is incapable of working with Democrats. Their rabid base will not allow it … [U]ntil the defeat of the cancer at the heart of the Republican Party, confrontation is the only option. Bipartisanship is dead. The Republicans killed it. If we want to make progress, we’ve got to beat the Republicans at the ballot box, elect more Democrats, and move this country forward without the help.

Yes We (Still) Can offers tantalising insights into how an agile, tech-savvy Obama campaign might have handled the Trump phenomenon, but it is ultimately too superficial, its tone too jokey, to deliver much substance. Nevertheless, Pfeiffer’s hyper-partisan, profanity-laced romp through the new media landscape is not dull.

Certain common threads do emerge from these very different books – a love for Barack Obama, anger at the election of Donald Trump, and a sometimes melancholic, sometimes pugnacious sense of unfinished business. Yet, for different reasons, both whet, rather than satisfy, an appetite to know more about the presidency of Barack Obama. 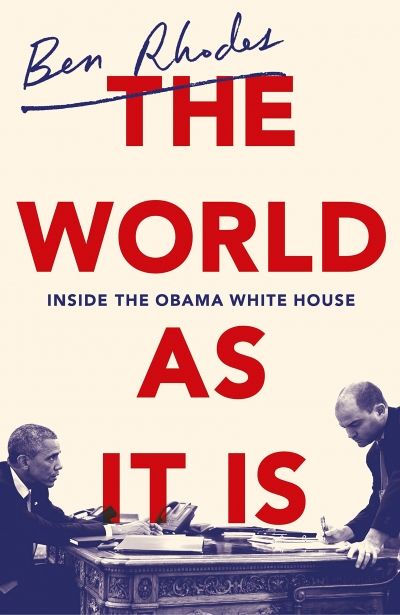 The World As It Is: Inside the Obama White House

Yes We (Still) Can: Politics in the age of Obama, Twitter, and Trump