No Friend But the Mountains: Writing from Manus Prison by Behrouz Boochani

Behrouz Boochani describes being smashed into the sea by the boulder-like weight of an overpacked, splintering boat transporting asylum seekers from Indonesia to Australia. The wreck’s ‘slashed carcass’ gashes the flailing survivors and the bodies of those who have died, and Boochani settles under a wave, finding refuge ‘by imagining myself elsewhere’. Finding the strength to surface, he sees a group of men clinging to a wooden spar torn from the battered boat. Its spikes lacerate Boochani’s legs as he sinks and surfaces amid violent waves. A British boat approaches: ‘our gruelling odyssey has come to an end’. Having faced death in those underwater moments, Boochani reflects that ‘even a brush with mortality gives life a marvellous sense of meaning’.

If it were a piece of fiction, this intense account of being rescued would settle after its zenith. The writing recalls other stories of refugees’ sea journeys to Australia, such as Nam Le’s celebrated 'The Boat'. But Boochani’s work is not fiction, and respite is illusory.

It is July 2013, days before the Kurdish poet and journalist’s thirtieth birthday and days after the second Rudd government’s announcement of measures to reinforce its borders by turning back asylum seekers arriving by boat. After a month on Christmas Island – CCTV cameras in the toilets, strip searches, and the issuing of ludicrously ill-fitting polyester clothing – Boochani is transferred to Manus Island, one of the offshore immigration detention centres originally set up by the Howard government in 2001.

Boochani, whose educational background includes a postgraduate degree in political science, political geography, and geopolitics, began to record his experiences of what he names Manus Prison. The word expresses the loss of asylum seekers’ freedom and highlights a dark irony: a prison legally holds prisoners as punishment for a crime or while awaiting trial. Given that Australia is a signatory to the 1951 United Nations Convention Relating to the Status of Refugees, with its principle of non-refoulement – which guarantees protection to refugees who have reason to fear persecution should they return to a particular country – the question of legality is important here. Several arms of the United Nations have condemned Australia’s policy of offshore processing.

No Friend But the Mountains is a work of witness. Richard Flanagan, in his foreword, acknowledges the ‘near impossibility of its existence’. Written in Farsi, amid the traumatic deprivation it evokes, the narrative was sent as text messages to refugee advocate and translator Moones Mansoubi, who formatted the material and sent it to Sydney University academic Omid Tofighian. Others involved include Janet Galbraith, founder of Writing Through Fences, an organisation devoted to enabling the writing of refugees, and Sajad Kabgani, a PhD student who worked with Tofighian and Mansoubi to produce the translation. Arnold Zable provided feedback and encouragement.

In its steady witness, No Friend But the Mountains recalls accounts of the Shoah such as Primo Levi’s If This Is a Man (1947), which Philip Roth described as motivated by the need ‘systematically to remember the German hell on earth, steadfastly to think it through, and then to render it comprehensible in lucid, unpretentious prose’. Levi, who describes a dream of relating his experiences of Auschwitz with no one is listening, is driven by the need to ‘bear witness’, conscious of the words of a guard who taunts prisoners that if they were to survive, their testimony would soon be considered ‘too monstrous to be believed’. Boochani, too, writes against forgetting. In his case, though, bearing witness to history abuts a project of informing the world beyond Manus Island of what is happening there now. This extends Boochani’s work as a journalist.

The work transcends memoir, especially because Boochani is often self-effacing. The blaze and flicker of his self-assessment limns a more empathetic project through which he examines larger questions of the nature of human behaviour and the search for an adequate way to name and anatomise the cruel experiment that is offshore detention.

In this sense, Boochani’s work recalls psychiatrist Viktor E. Frankl’s Man’s Search for Meaning (1946). At once an account of Frankl’s experience of concentration camps and the foundational expression of his psychotherapeutic method, logotherapy, Man’s Search for Meaning argues that human suffering, while unavoidable, might be endured best by having some focus beyond it, by having a sense of meaning. ‘Those who have a “why” to live,’ Frankl wrote, ‘can bear with almost any “how”.’ For Frankl, the salvation of humanity is ‘in love and through love’.

Boochani’s project shares this kind of philosophical enquiry. In his translator’s note, Tofighian strives to illuminate the book’s various generic elements to frame its reading. Supplementary transcripts of discussions between Boochani and his interlocutors continue this. Of these, the use of the term ‘kyriarchy’, first used by feminist theologian Elisabeth Schlüssler Fiorenza to describe enmeshed social systems of domination and oppression, is a key aspect of Boochani’s project. 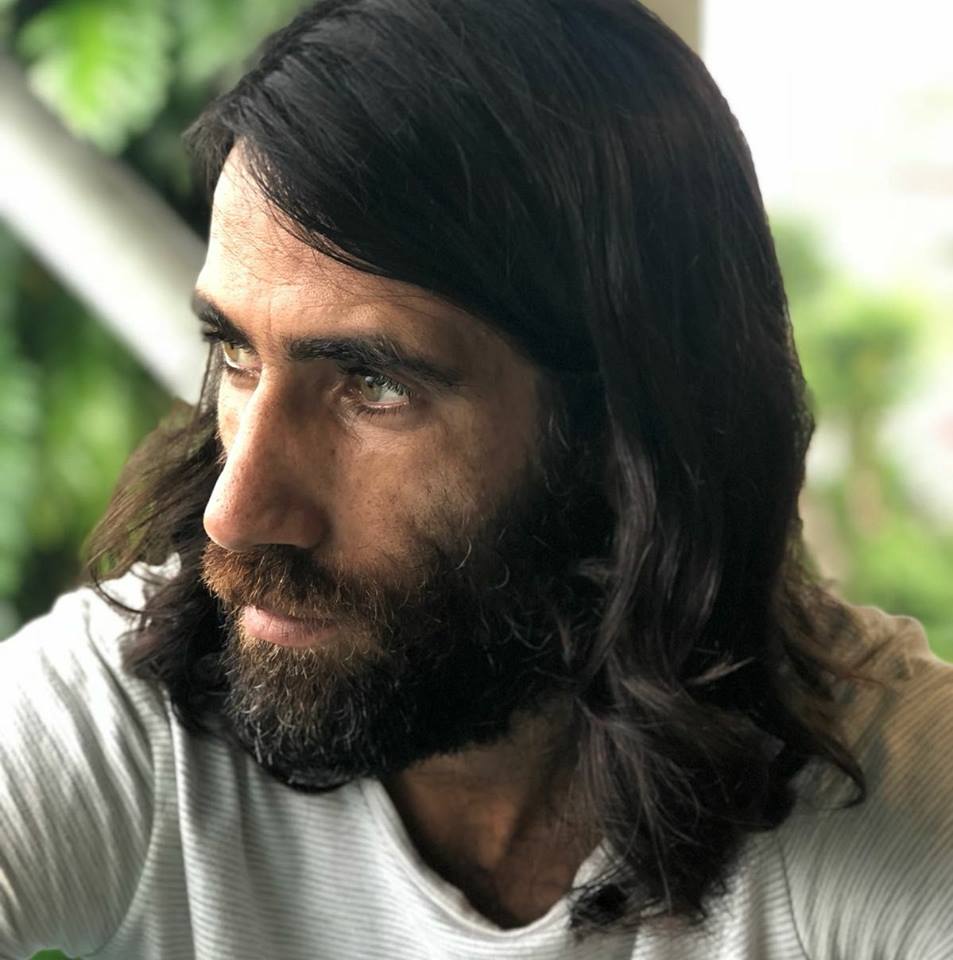 Behrouz Boochani (photo by Hoda Afshar)Prose is interspersed with ribbons of poetry. These lyrical slivers are drifting and meditative, though they enclose moments of trauma as well as respite. For Boochani, as for many vastly more privileged poets, isolation and silence are treasured. He writes of longing ‘to isolate myself and create that which is poetic and visionary’. In the intensely hot, crowded spaces of the centre, he asserts his indomitable imaginative freedom: ‘the mind still has the power to leave the prison and imagine the coolness under the shade of a bunch of trees on the other side of the fence’.

Boochani is a prodigiously gifted poet and prose stylist. There are few false notes. When he describes the bodies of female lawyers visiting the complex, what may sound like objectification underscores the inhumanity of secluding people from the liberty to love. His fleeting allusion to past loves highlights the barbarity of five years of isolation.

Like No Friend But the Mountains, the chapbook of poems Truth in the Cage by Mohammad Ali Maleki has been produced with the help of Australian supporters. Their translator is fellow detainee Mansour Shoushtari, whose interview by Boochani was published in the Guardian. Boochani writes that Shoushtari ‘projects beauty, he projects tenderness, he projects kindness’. 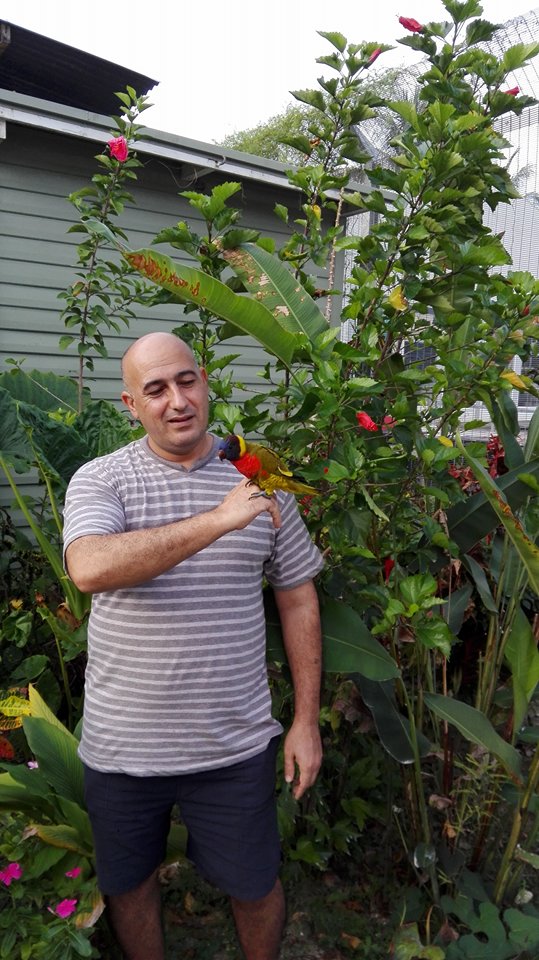 Mohammad Ali Maleki with a rainbow lorikeet in his graden on Manus Island. (Photo via Rochford Street Review)Maleki tends a garden on Manus Island, yet his poems evoke images of the natural world thwarted or gone awry – ‘the autumn leaf grows green’, ‘the moon implodes’, ‘the butterfly flies back to its cocoon’. In an allegory of refoulement, everything in ‘Silence Land’ is turned back: the tree to its seed, the sea to its source, the river to its spring. In the more surreal ‘Myself’, groans swell the sky, the sea becomes stormy and fish ‘[scatter] in fear’.

The book’s first poem, ‘Dream of Death’, begins by addressing readers as ‘my dears’, and implores: ‘please, I ask you, listen’. Both Boochani and Maleki evoke the experience of there being absolutely nothing to do and the impact this has on the mind. Each writer has endured this year after year.

Although Maleki writes of blankness and weariness, in ‘Where is My Name?’, he affirms ‘I won’t neglect to report on these days’. From the ‘cursed city’ of Manus, he writes tender works of witness and consolation commemorating others people’s deaths – Hamed Shamshiripour, who died by hanging, and Aylan Kurdi, the three-year-old Syrian asylum seeker whose body was washed up on a Turkish beach. Yet for all their gentleness, these are steely poems, refusing silence and namelessness.

Boochani interrogates his history of ‘non-violent resistance’, of choosing the pen over fighting, but these important books offer ways forward that violence in response to violence is unable to do. And each recalls Paul Celan’s courageous insistence on literature as resilience: ‘Only one thing remained reachable, close and secure amid all losses: language. Yes, language. In spite of everything, it remained secure against loss.’ 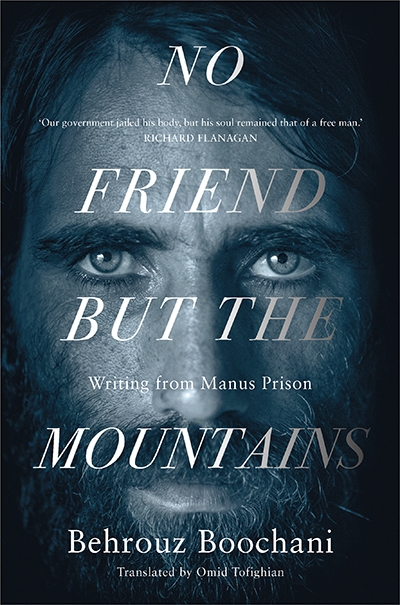