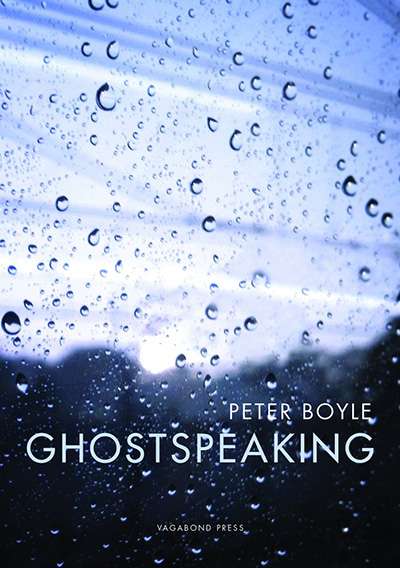 If Peter Boyle’s new and selected, Towns in the Great Desert (which I reviewed in ABR, March 2014), was a tour de force of the imagination, and a book of stunningly strange and brilliant poetry, this next book, Ghostspeaking, surpasses it in ambition and virtuosity. Across nearly 400 pages, Boyle introduces us to eleven Spanish-speaking poets from Argentina, France, Spain, Cuba, Canada, and Puerto Rico, with small biographical portraits, reports of interviews, and translations of selections of their poems and memoirs. Often the work he translates is unpublished or only available in rare editions.

And what is translating if it is not ghost-speaking? The ghost-speaking in this anthology extends beyond the usual work of a translator, however, for each of these poets has been invented by Peter Boyle, and all of their various poems, styles, and autobiographical writings have been created by him in a Borgesian or Pessoan trickster world where, ‘when a true witch throws the yarrow-stalks of the dream, the sleeper will travel immense distances and wake convinced the myriad chances of life form a single path’ (from the writing of Elena Navronskaya Blanco, 1929–2014 [as ‘translated’ by Peter Boyle], a woman who refused to be interviewed, for, she wrote via her publisher, in Spanish, ‘I am neither an actress nor a politician and, accordingly, detest biographies’).