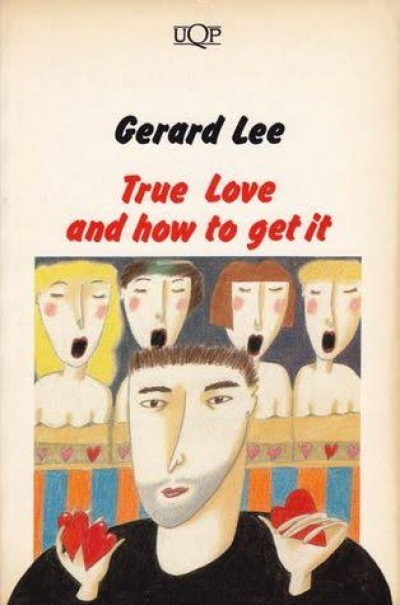 Carey’s capitalisation of the word, with its inevitable aura of irony, points to one of the problems of a novel that is curiously uneven, if nearly always entertaining. It is not clear how seriously we are to regard this often comic novel with its fluctuating shifts of tone. Carey rarely writes badly, but it is difficult to take Harry Joy’s moral odyssey seriously, and it seems that the author, for all his defensive irony, certainly wants us to do that. The lineaments of Hell, for Harry Joy, are discovered in the innermost workings of his family, and in particular in the ruthless ambitions of his wife Bettina with her drive to get to New York, her shorthand term for her ‘glittering visions of capitalism’. Carey, as usual, is very good at dramatising the psychology of obsession and the night demons of the furtive private life, both in Bettina and in the teenage children David and Lucy. Harry, exploring the topography of Hell, turns spy; and one of the funniest and most appalling scenes occurs when Harry, in a catastrophic ascent of his backyard tree of knowledge, discovers through the windows his wife’s unfaithfulness and the incestuous activities of his son and daughter.

The trouble is that, as a moral activist, Harry Joy Jacks purposiveness and credibility. He constantly feels more like a fictional idea than a fully and coherently created human being that the moral quest would imply. He reminds one sometimes of an Australian Great Gatsby with his silk shirts and flashy white suits, his moral overdrive, and his ambiguous relation to the high life and to material possessions. He has some good comic scenes, it is true – one at a police station where his propensity for retelling or inventing enigmatic stories stupefies the bully in charge, and is perhaps a sly allegory of Carey’s relationship to the interpretative critical industry. Harry also has his moments of depth. He perceives, for example, that at bottom Hell is a ‘waste of life’, leading to an encompassing vision of an acceptance of everything under the auspices of death. Carey has him poignantly recall the early years of marriage, the times of the young children and the symptomatic acts of making and planting associated with those days. Yet for all this, Harry is too often seen as passive and unintelligent, a two-dimensional figure wavering in conception before the narrative events that sweep him forward. Locked up by his family in a mental home, he is unbelievably helpless, as suddenly wooden as Huck Finn at Phelps’ farm. His final redemption with and by the simple Honey Barbara is about what he deserves.

Honey Barbara comes from the land of the rain forests to which, in the end, she returns with Harry. When we first meet her, she is the familiar good-hearted whore of fiction, a grass-growing hippie type who works the city in the off-season. She is associated with most of the tedious pages in the novel, yet her values are offered, one supposes, as positive counters to the urban, acquisitive and materialistic pursuits she is made to oppose. Carey ironises her to some extent, but not much. The reader is not likely to share his apparent positive feeling for her self-regarding rituals and opinionated airs. She has a vision of city life, city air, and processed food that she sums up in the collective noun ‘shit’, a word that is the keystone of her vocabulary, impoverishing her speeches, occluding her thought, and habitually substituting prejudice and denunciation for rational discussion or analysis. Carey captures the hippie complacencies of her outlook and idiom with fidelity; but one suspects that her sweeping condemnations of modern urban life are also Carey’s condemnations in this novel, compromising with their simplicities the serious moral questionings raised early in the book by the Harry Joy figure.

The novel incorporates two passages of apocalyptic impulse and vision. In one, a coldly enraged Bettina, now a cancer victim, destroys with a petrol bomb the executive board of Mobil oil; and in the other, the narrative moves briefly into a future mode to tell of the cancer epidemic which was to prove the ‘last straw’ for the whole industrialised Western world, reducing civilisation to looting bands. It is a remarkable passage, focusing much that has gone before and explaining its insistence. Carey’s prophetic myth, however, repeats the false notion that the vast majority of cancers are environmentally caused, that (in Susan Sontag’s words in Illness as Metaphor) ‘cancer signifies the rebellion of the injured ecosphere. Nature taking revenge on a wicked technocratic world’. This paranoid view of cancer as the evil retributive force lurking at the heart of industrial capitalism underlies much of Bliss, directing to the title its own set of ironies.

In the end, Harry Joy does find a kind of bliss, dying a second time into a new life and old age with his Honey Barbara in the sub-tropical forests, in touch with the spirit of the land, learning the Jore of the trees and the uses of their wood, talking to them courteously before he cuts them down. This is of course the familiar either-or solution to the problem of the Australian cities, the myth of a return to the source, veined through our culture and enshrined in our classical literature and its derivations.

Bliss has some excellent minor characters and an interesting pattern of small, digressive sub-plots. The most successful of these concerns David Joy, Harry’s complex, over-emotional son and his subsequent adult history of Colombia. The characterisation here is richer and more satisfyingly complex than anything in Carey’s earlier fiction. Curiously, the whole David Joy story is touched with small echoes of Garcia Marquez’s masterpiece One Hundred Years of Solitude, not only in the final Colombian setting but also in elements of its phrasing: ‘David Joy remembered the night his father took him to see lightning. It was his first memory’ ... ‘years later, Harry’s son would tell his captors that he had been born in an electrical storm’, and so on. I am not sure what to make of such apparently deliberate references except to register them, and to say that they co-exist with Carey’s often inventive and moving writing in this section. Harry Joy categorises the inhabitants of Hell as ‘Captives, Actors and Those-in­Charge’, categories immensely suggestive for any analysis of Carey’s entire fiction to date. David Joy is patently an actor. So too is Carey in this book for much of the time, offering us some of his most tender and serious things together with some turns of burlesque, one or two experimental acts, and a conventional end piece. The book is beautifully presented in celestial silver, as sumptuous as a Deutsche Grammophon.

Gerard Lee’s first novel True Love and How To Get It follows his promising collection of stories Pieces for a Glass Piano. It is a smartly written sexual picaresque in which the central character, disarmingly called Tom Jones and often referred to as ‘our hero’, pursues his infatuation, Christine Calton, a cover girl, through a sequence of Brisbane sub-cultures. Lee moves the story adroitly and with appropriate implausibility, through communities of hippies, punks, and butch feminists, catching the characteristic accents and extravagances sharply. His bold insistence on the local tone is the opposite of Carey’s troubling elusiveness about time and place, and in fact Lee is a social satirist of some penetration. There is one particularly telling scene set in a ‘sexual roles workshop’, and an evocative satirical excursion to a Queensland outback town in which fifties’ nostalgia is combined with contemporary observation.

The double entendre of the title more or less sums up the novel’s interests. Tom wants to scour himself of the inessential, but he never does; and he wonders if he equates glamour with love: he does, he does. Still, Tom and his creator are capable of brief episodes of tender and even lyrical insight where sex and love do get sorted out, moments quickly covered over by the up-beat style of the narrative and its excesses. Lee mocks Tom from time to time to remind us (unnecessarily) of the fictionality of his fiction. There is a good cast of minor characters, each one more or less emblematic of a particular anti-bourgeois way of life, although the ocker friend Mick and the glamour-puss Christine finally emerge with some depth of characterisation. Lee’s world is a brightly entertaining one and his enjoyment of it is infectious, even if its subliminal premise is that anyone over forty is geriatric and that history is a recent development.

Whoever saw this book through the press at University of Queensland Press should be given a spell in the despatch department. The text is sprinkled with misprints, oddities of punctuation, and a confusion between the grammatical functions of who’s and whose; a famous Wordsworth line is misquoted, and there’s an amusing reference to ‘Charlie’s Angles’ [sic]. Poor Tom, poor Gerard Lee: they deserve better treatment.