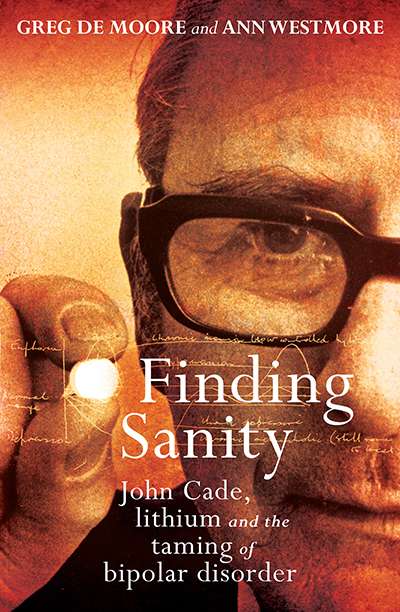 Finding Sanity: John Cade, lithium and the taming of bipolar

Edward sits on Sydney Harbour Bridge, considering jumping. It is 1948, and he has written several times to George VI about building a new naval base in the waters below, and not hearing back, begun to build it himself. Edward was manic depressive, suffering from what is now called bipolar disorder. Greg de Moore and Ann Westmore begin their book Finding Sanity: John Cade, lithium and the taming of bipolar disorder with Edward; they end it with the patient upon whom lithium was pioneered in the early 1950s, Bill Brand. Where Edward came down from the bridge and returned to the peaks and troughs of bipolar life, Bill entered a tortuous triangle of treatment and suffering with the Australian psychiatrist John Cade and that soft, white, lightest of metals, lithium, before finally dying of lithium poisoning.

Finding Sanity, the story of the discovery of lithium as a treatment for bipolar, is told with mild triumphalism, despite lithium’s sometimes crooked path. It takes the form of a biography of its discoverer, John Cade, an Australian doctor. The narrative of discovery becomes something still more profound: Cade, argue his biographers, revolutionised twentieth-century psychiatry by supposing a physiological basis for a mental illness and identifying an element that would treat it.

Finding Sanity: John Cade, lithium and the taming of bipolar