Michael Winkler is the winner of the 2016 Calibre Prize for an Outstanding Essay. The judges – Sophie Cunningham (winner of the 2015 Calibre Prize) and Peter Rose – chose Mr Winkler's essay 'The Great Red Whale' from a field of almost 200 entries submitted from thirteen different countries. Michael Winkler receives $5,000; his essay appears in this issue, beginning on page 31.

'The Great Red Whale' is an essay about fractures, overlaying the ruptures within the author's psyche with the fissure between Indigenous and non-Indigenous Australians, something he believes keeps us 'heartsore as a nation'. This excoriating yet remarkably subtle meditation is also a tribute to consolations: landscape, specifically the desert of Central Australia, and literature, notably Moby-Dick. 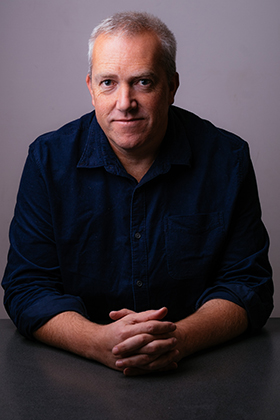 Michael Winkler (photograph by Chris Riordan)On learning that he had won the Calibre Prize, Michael Winkler – a Melbourne author and journalist – told Advances: 'Reading ABR every month gives me access to sophisticated and important ideas in accessible form. The Calibre Prize essays are not only an annual ABR highlight but notable events in our national life. I remember reading the first Calibre Prize-winning essay by Elisabeth Holdsworth (2007), her pungent masterwork about memory and return. I never see the name Slavoj Žižek without thinking of Kevin Brophy's astonishing account (2009) of living near an abusive neighbour. When I worked with children with autism, I sought insights from rereading Rachel Robertson's 'Reaching One Thousand' (2008). I feel simultaneously completely unworthy and utterly overjoyed to have any proximity to this stellar list of past winners.'

The judges have commended two other essays: Joshua Barnes's 'Terra Australis Incognita' and Sarah Viren's 'Dear Julie'. We will publish both in coming months.

This is the tenth Calibre Prize, which is intended to advance the essay form. We look forward to offering Calibre again in 2017. We gratefully acknowledge the generous support of Mr Colin Golvan QC.

Because of strong continuing support from the Australia Council for the Arts, subscribers, and private donors, Australian Book Review has again increased its standard rate of payment for freelance reviewers. Critics will now be paid at least $50 per 100 words. This represents a 150 per cent increase during the past three years. Essayists and creative writers will also be paid more.

In May 2015, ABR launched a campaign to increase payments to writers and to highlight the low or non-payment of some freelance writers elsewhere (especially younger ones). The response to this campaign has been enthusiastic.

Peter Rose, Editor of Australian Book Review, has commented: 'ABR takes its responsibilities to its writers seriously. Critics deserve to be paid properly – like authors, publishers, printers, and booksellers. I am delighted that ABR is in a position to increase its rates and to support Australian writers.'

Last month, Australian Book Review (a Key Organisation of the Australia Council from 2011 to 2016) learned that it will receive four-year funding for 2017–20. The magazine is committed to increasing its standard rate to $75 per 100 words over the course of this period.

Gillian Mears – essayist, short story writer, novelist – died on 16 May, aged fifty-one. Her novels include The Mint Lawn (1991), which won The Australian/Vogel's Literary Award in 1990, and Foal's Bread, which was shortlisted for the 2012 Miles Franklin Literary Award. Mears won two Commonwealth Writers' Prizes for Ride a Cock Horse (1988) and The Grass Sister (1995). Reviewing Mears's last novel in the November 2011 issue of ABR, Gillian Dooley wrote: 'Foal's Bread is a grand, bittersweet romantic saga, at once laconic and mystical, tragic and optimistic ... How marvellous to hear her unique voice again.' 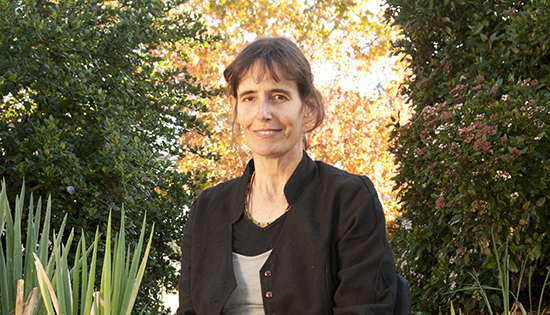 Mears's most recent book was the children's fable The Cat with the Coloured Tail, which was shortlisted in the 2016 ABIA awards. She was our Open Page guest in the July–August 2012 issue. Her essay 'Alive in Ant and Bee' was commended in the inaugural Calibre Prize for an Outstanding Essay in 2007. 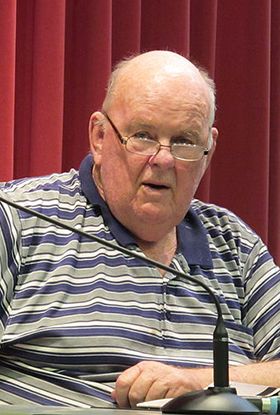 Les Murray (source: Kritzolina, via Wikimedia Commons)Despite one recent freakish suggestion to the contrary, new poetry appears in every issue of ABR – works by emerging poets and by some of the world's most eminent poets. Since 2001 we have featured poets such as Rosemary Dobson, J.S. Harry, Clive James, John Ashbery, Dorothy Porter, David Malouf, Peter Porter, and Les Murray.

Poets too deserve proper payment from magazines. They will share in our increased payments to authors. Poets appearing in the print edition will be paid $400 per poem (an increase of twenty-five per cent). Poems published online will attract a fee of $150.

Since 2013, Lisa Gorton has been our Poetry Editor (she succeeded our inaugural editor, David McCooey). Lisa has now resigned because of other commitments. We thank her sincerely for her dedication, perspicuity, and openness to a wide range of poetries. One notable feature of her term as poetry editor was her thoughtful, meticulous responsiveness to those poets whose work she chose not to publish in the magazine – a real measure of a sympathetic editor–writer. We look forward to reading her own poems – and to publishing some of them in the magazine. Dr Gorton – a Rhodes scholar – is now writing a monograph on the subject of her Oxford dissertation: John Donne.An announcement about the poetry editorship will follow in coming months. Meanwhile, poets wishing to submit work should email them to This email address is being protected from spambots. You need JavaScript enabled to view it. 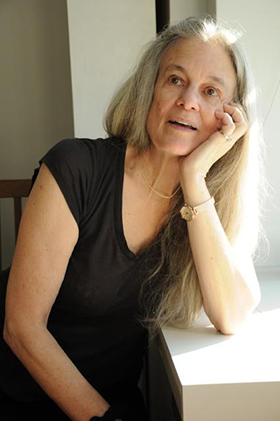 Sharon OldsOne of America's most laurelled poets, Sharon Olds is a welcome new contributor to ABR (her poem 'Woodwind Ode' appears on page 26). Sharon Olds has published a dozen collections since 1980. Her most recent book, Stag's Leap (2012), won the T.S. Eliot Prize and the Pulitzer Prize in Poetry. She teaches at New York University.

Advances first met Sharon Olds at Collected Works, that indispensable poetry bookshop in Melbourne. She was en route to the 2015 Mildura Writers Festival, one of Australia's most poetically inclined literary gatherings. The program of this year's festival has been announced. Guests include Tony Birch, Emily Bitto, Judith Beveridge, and Jan Owen. This small Australian festival is widely regarded as one of the more congenial of its kind.

States of Poetry – our new online poetry resource – highlights the quality and diversity of contemporary Australian poetry. Five states and the ACT are now online and freely available. We have also invited the six featured poets in each state and the ACT to read and introduce at least one of their poems. This is a great way for lovers and students of poetry to become acquainted with the rhythms and tenor of individual poetic voices.

This complements our 'Poem of the Week' podcast, where you can find seventeen extended recordings, all freely accessible. Recent contributors include Ali Alizadeh and Alexis Lateef.

The University has now added a Health Poetry Prize, with total prize money of $2,500. The inaugural theme is 'Living life well', the aim being 'to inspire others through poetry to consider the journey to live life well'.

This important new manuscript prize is open for the second time. Authors have until 1 August 2016 to enter. Unusually, this is a multi-genre prize. The judges welcome submissions of fiction, poetry, and narrative non-fiction. The winner of the 2016 Dorothy Hewett Award will receive $10,000 and 'the offer of a publishing contract with UWA Publishing'. For more details, visit the UWAP website.