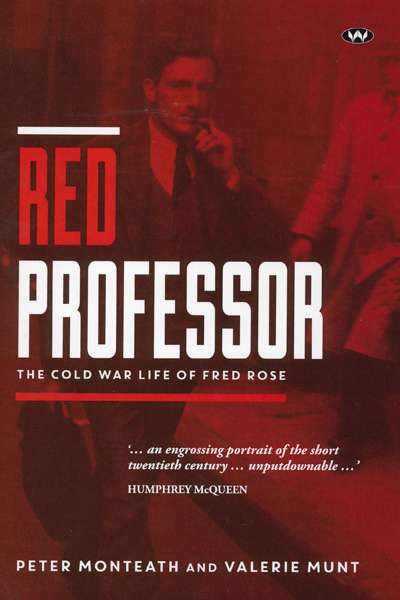 by Peter Monteath and Valerie Munt

I vaguely knew about Fred Rose as somebody ASIO was after in the 1950s, a communist blackened in the Petrov case who went off to live in the German Democratic Republic. During the Cold War, that kind of boundary crossing was usually definitive. If you went over the wall, you stayed over.

Not Fred Rose. He went over the wall to the GDR, but after that he kept coming back to Australia, stubbornly trying to continue his Aboriginal research and activism despite ASIO’s disapproval. This is a really odd story, not least because Fred Rose, who broke so many rules, seems to have been quite an ordinary bloke – sociable, enthusiastic, adaptable, and sometimes adventurous, but nothing remarkable as a personality.

Born in Britain in 1915 in an aspirational, lower-middle class family, Rose was educated at Cambridge, switching to anthropology in his final year. Australia came into his life because of anthropology: he wanted to do for Aborigines what Bronisław Malinowski had done for Trobriand Pacific Islanders. Rose got himself out to Groote Eylandt in the Gulf of Carpentaria in the late 1930s, working as a meteorologist as a cover for field work (the first of many occupations in his life, the academic profession a comparative latecomer). After a year or so, he was joined by the woman who became his wife, Edith Linde, daughter of a German anti-Nazi lawyer whom he had met in England in his student days.

by Peter Monteath and Valerie Munt