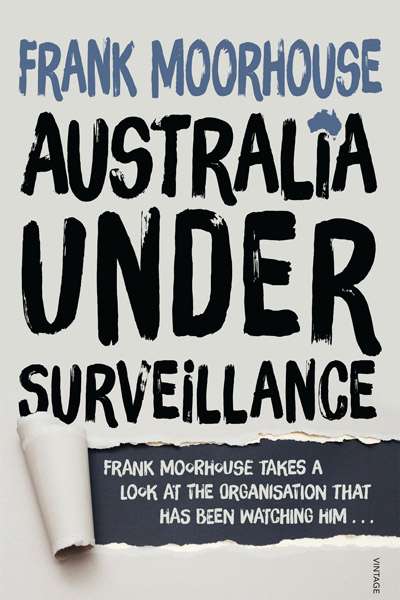 Operating in the shadows, security agencies usually have indifferent reputations. Their very nature prevents them from fully explaining themselves. At least some of their activities, if exposed to full scrutiny, would not enhance their reputations. There is a need for security agencies, yet the nature and scope of their role, powers, and responsibilities are contestable. In addition, the closed and secretive nature of these organisations can sit uncomfortably with the transparency and accountability which are, or should be, characteristic of liberal democratic government.

In Australia Under Surveillance, Frank Moorhouse examines the role of ASIO in Australia. The book represents more than a decade of thinking, research, and writing about national security and a lifetime of interest in ASIO. However longstanding Moorhouse’s interest in ASIO might be, ASIO’s interest in him is probably older: ASIO opened a file on Moorhouse when he was seventeen years old. That was during the Cold War. The threat posed to Australia’s national security has changed since then, from communism to Islamic fundamentalism. Whether it is a change merely to the source of the threat or whether it is genuinely different in kind, with Islamic State/ISIS/ISIL/Daesh being more serious, is debatable. Moorhouse points out that the current debates about national security emphasise the particularity of the threat posed to Western democracies by Islamic fundamentalism. It may be more useful to consider the continuity of the threats presented, on multiple fronts, over several decades, to the West.