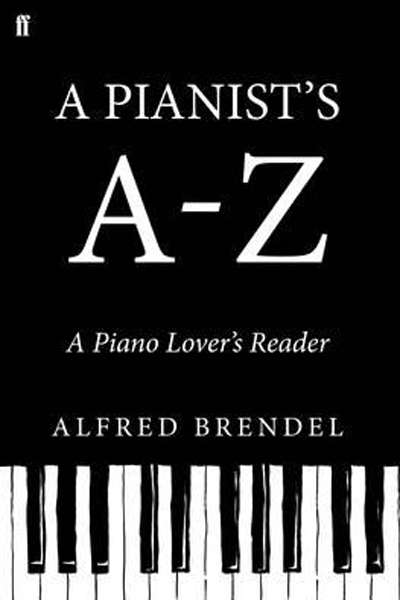 by Alfred Brendel with Michael Morley

The concert pianist Alfred Brendel is one of the leading twentieth-century interpreters of music, with a special interest in the German repertoire. When he retired in 2008 after six decades of performing, he did so not through loss of stamina, but because of crippling arthritis in his hands. Brendel continues, at eighty-three, to teach, lecture, and write. (His poetry collection, Playing the Human Game [2011] contains one of the most damning attacks on that well-known pest, the concert cougher.) A Pianist’s A–Z explores his personal relationship with the piano. It covers the classical repertoire, offering insights, asides, reflections, and the occasional and excruciatingly corny joke.

This slim volume is hardly intended to be anything other than a selection of choice vignettes. ‘A’ is straightforward enough and includes entries on Accents, Arrangements, and Artists. As the reader counts down the remainder of the alphabet, the associations become more obscure. You could skip the last three letters entirely. ‘X’ is devoted to a single entry for Canon X: Conlon Nancarrow’s music for player piano. ‘Y’ is given over to ‘Yuck’, as Brendel notes, ‘an exclamation of displeasure’; while ‘Z’ stands for Zvonimir, legendary king of the Croats, whose relationship to music, Brendel assures us, is ‘at best, peripheral’.

by Alfred Brendel with Michael Morley