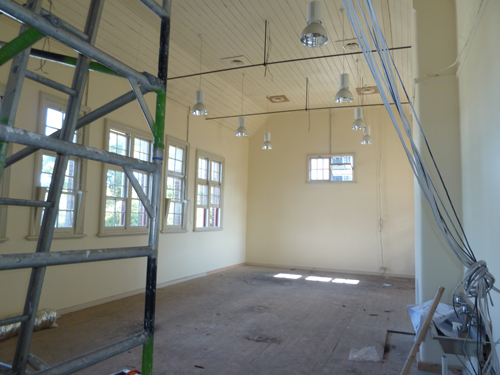 Happily, ABR has a new home, well away from the egregious fashions of Bridge Road, Richmond. Soon we will be moving to a new community hub in Melbourne’s Southbank precinct. The City of Melbourne has renovated the nineteenth-century J.H. Boyd Girls’ High School on City Road, and our new office (not finished when we took this photograph!) will be infinitely superior to our present cramped premises. The Boyd will house a new public library, a café, and a range of arts practitioners. ABR will have access to the elegant function room on the ground floor, which will comfortably seat at least 100 people. Already we are planning an extensive program of events. 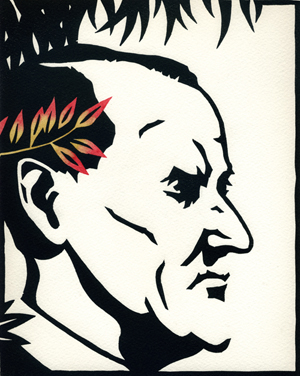 April 12 was quite a night in Canberra, when Patrick White’s long-time agent and literary executor, Barbara Mobbs, and renowned actress Judy Davis spoke at the opening of The Life of Patrick White, an absorbing exhibition of letters, manuscripts, notebooks, photographs, and memorabilia. After a lengthy showing in Canberra (until 8 July), the exhibition will move to the State Library of New South Wales (13 August–29 October).

Continuing our series of reviews and commentaries on the great writer, this month we publish David Marr’s extended article on Patrick White’s vicissitudes as a dramatist and on his difficult but ultimately fertile (if distracting) work in the theatre.

W.H. Chong’s portrait of White (which appeared on our April 2011 cover) has been one of the most popular in his series of ABR portrait prints. Of the thirty prints in this edition, we have ten left. To mark the White centenary, we have reduced the price to $125 for current subscribers, and $150 for non-subscribers (plus postage). Call us on (03) 9429 6700 to buy a print.

Australian literature has lost an outstanding scholar, educator, and champion with the death of Bruce Bennett AO, who was Professor of English Literature at the Australian Defence Force Academy from 1993 to 2006. His publications include Spirit in Exile: Peter Porter and His Poetry (1991) and The Oxford Literary History of Australia (1998, co-edited with Jennifer Strauss and Chris Wallace-Crabbe). He often wrote for ABR, and late last year he became an ABR Patron. Despite serious illness, he went on writing until the end. Elsewhere in this issue, Australian Scholarly Publishing advertises his new book: The Spying Game: An Australian Angle.

ABR enjoys close ties with various regional literary festivals, including Clunes Booktown Festival, which is on again this year (5–6 May). Featured guests will include ABR regulars Anna Goldsworthy, Geoffrey Blainey, and John Arnold. Bracingly early on Saturday, 5 May, Editor Peter Rose will repeat his workshop on ‘The Art of Reviewing’, and that afternoon he will chair a discussion on ‘Patrick White’s Centenary – Why It Matters’, with Peter Goldsworthy, Michael Heyward, and Nicholas Jose. 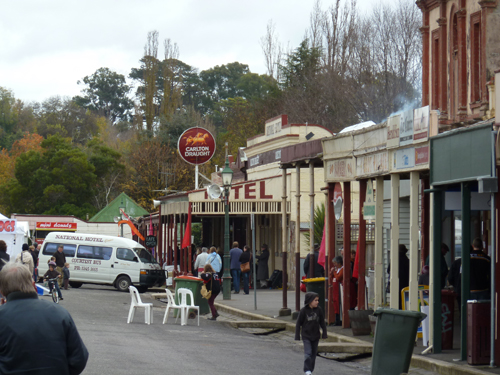 We have copies of most back issues of ABR. So keen are we not to have to carry all of them down City Road to The Boyd that we have dropped the postage charge of $2 if you buy copies online. Now you pay just $9.95 per copy. 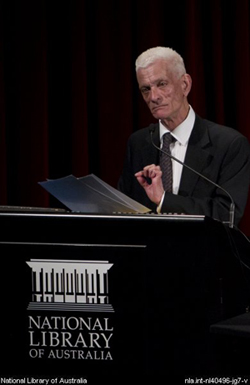 Robert Dessaix’s Seymour Biography Lecture, published in our April 2012 issue, is proving to be one of our most popular features in years. Now readers can listen to ‘Pushing against the Dark: Writing about the Hidden Self’ as it was first delivered by Dessaix, at the National Library of Australia. The podcast is available on our website. In addition, the National Library has made Ian Donaldson’s Australian Book Review 50th Birthday Lecture, also delivered in October 2011, available as a podcast – see www.nla.gov.au/podcasts/talks.html. Robert Dessaix’s podcast is the first of many new audiovisual elements with which we plan to augment our ever-changing website.

This month, courtesy of Fremantle Press, ten new subscribers will win a signed copy of The House of Fiction: Leonard, Susan and Elizabeth Jolley by Susan Swingler, which Francesca Rendle-Short describes in her review on page 18 as ‘riveting, explosive even, and also deeply moving’. Twenty-five renewing subscribers will win double passes to the new film Trishna, director Michael Winterbottom’s version of Thomas Hardy’s Tess of the d’Urbervilles. Phone us now to claim your prize: (03) 9429 6700.