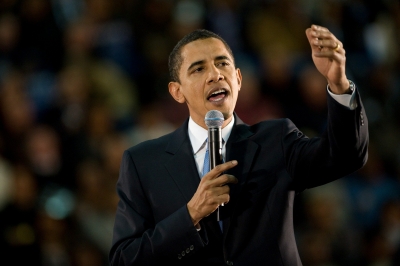 My son Daniel’s African wedding took place in Lancashire – where his new Zambian in-laws live – a few days after the US presidential election. Barack Obama was not on the guest list, but his presence loomed so large that he might have been an extra, virtual, best man.

‘There is a joke in Kenya,’ Joseph Sikabbubba, a psychiatrist who was MC for the day, told me. ‘It is easier for a Lua to become president of the United States than president of Kenya.’

I know a little of Kenyan politics, which is dominated by the Kikuyu majority. Mutale, my new daughter-in-law, is a Bemba, but the wedding was a blend of various Zambian traditions, and Joseph told me that Zambia has so many tribes (the Africans freely use the unfashionable word, proscribed by the Guardian’s house-style manual) that none can dominate. The only two tribes evident on the wedding day were Arsenal or Manchester United supporters – the local Red Devils had lost to the visiting Gunners only an hour before – plus our small Australian tribe, nine strong. The first part of the wedding, known as Amatebeto, began with two of us – my first wife, Helen, and me – inspecting and tasting the food, and approving it as suitable for our precious only son. The roasted caterpillars were delicious, with the appearance of pecan nuts, and a nutty flavour not unlike witchetty grubs. I wickedly approved of them for my vegetarian son.