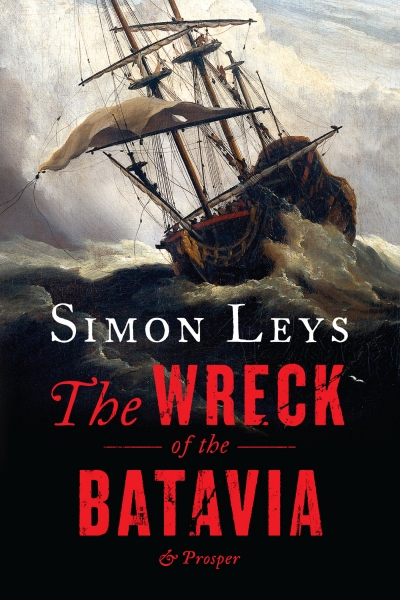 In reviewing the first half of Simon Leys’s new book, The Wreck of the Batavia, I’m tempted to regurgitate my review from these pages (ABR, June–July 2002) of Mike Dash’s history of the Batavia shipwreck Batavia’s Graveyard (2002) – especially since Leys also holds that book in high regard, rendering all other histories, his own included, to the status of footnotes. Dash’s book, with its wealth of new material and its ability to bring the terrible events of the voyage so stinkingly alive, was a revelation to all Old Batavia Hands – but for those without the time, Leys offers a concise and pungently written summary of those terrible events.

Simon Leys (the pen-name, as is well known, of Pierre Ryckmanns) writes primarily in French, but his work always seems to translate into English with the exactness and economy of an Orwell. Since he does the translating himself, with a little help from friends, I imagine his French possesses a similar clarity. In fact, in content as well as in style, Leys has been something of a latter-day Orwell; his exposures of Maoist China, and its various genocidal Leaps Forward and Cultural Revolutions, were a fierce and astringent antidote to the sentimental romanticism of the adolescent left of my generation (mea culpa, me among it).

The Batavia story has fascinated him for many years. No surprises there: its archetypal story elements have gripped the heads and hearts of many. Before I persuaded the composer Richard Mills to set the story to music, I tried hard to interest various film directors in the project. Some of the story coincidences, as Leys points out, are so improbable that they could only occur in a film. Leys understandably has a suspicion of such filmic possibilities, but this short book could well serve as a ‘treatment’ to tempt a director. And since history, for better or (mostly) for worse, is largely written by the Oscar winners in our time, a film of ‘Batavia’ will surely happen, although preferably not with Paul ‘Robocop’ Verhoeven, who is rumoured to be interested, at the helm.