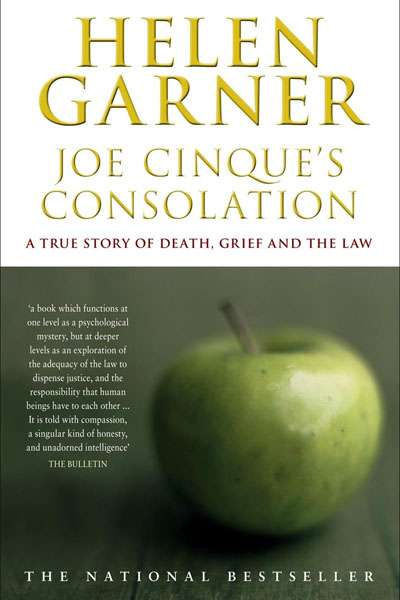 Already, Anu Singh’s story is grimly familiar. Now free again, just thirty-one, she has entered the popular pantheon of malefactors. Her attractive face appears in the newspapers, taut with self-justification. There is talk of a documentary. Notoriety, even a kind of celebrity – that amoral nirvana – is hers.

If Singh’s deepest motivation for killing Joe Cinque (the victim in the title of Helen Garner’s new book) remains unclear, the facts about her descent are all rehearsed in Joe Cinque’s Consolation. Singh is the daughter of two Indian doctors. A bright student, she grew up in Newcastle, then moved to Canberra to study law at the Australian National University. Even when her nervous equilibrium began to suffer, she did well at exams. Garner describes her as ‘a drastic dieter and a driven frequenter of gyms, obsessed with physical imperfections both real and imagined’. Proud of her waistline, Singh declared that she would rather be dead than fat. She was a committed recreational drug user: alcohol, cannabis, speed, ecstasy, cocaine, acid, crystal meth. (It’s a miracle, really, that she retained her six-pack.) By 1995, when Singh met Cinque – an equable, malleable young civil engineer – she was using drugs daily. She developed eating disorders and became convinced that she was suffering from an incurable muscle-wasting condition. Apparently at Joe’s suggestion, she began taking ipecac in order to purge. Ants, she fancied, were crawling beneath her skin.