Melburnians are rightly proud of the great painting by Giambattista Tiepolo in the National Gallery of Victoria, The Banquet of Cleopatra. Now restored to its prominent position in the gallery, it will continue to attract admiration from generations of visitors, though we should hope that its neighbouring masterpiece, Sebastiano Ricci’s The Finding of Moses, is not overlooked when connoisseurs gather beside the Tiepolo. Jaynie Anderson’s handsome book is a whole-hearted and scholarly homage to Tiepolo in general, and to this picture in particular.

One chapter of her disquisition that the NGV can take pride in is a partly heroic and partly comic account of how the painting came to Melbourne in the early 1930s. Anderson holds up to ridicule experts in London’s National Gallery who had first choice when the Tiepolo arrived in the West, on offer from Soviet sources. With various degrees of snobbery and poor judgement, they turned their back on it, though, if Kenneth Clark had been in charge, Melbourne might have been thwarted. Several authorities in Australia didn’t think much of its acquisition, including, alas, Arthur Streeton. But the Felton Bequest enabled the NGV to pursue a policy, more characteristic of the US, of attempting to buy excellent works of European art as they came on the market. In new societies, the debate is always between acquiring masterpieces of the past and supporting emerging local talent. Judgement is everywhere a disputatious matter; Anderson points out that, in either hemisphere, taste is subject to moral concerns (let’s have a tenebrous Rembrandt, rather than a hedonistic Tiepolo). Yet, if one reason for displaying great pictures in our galleries is to inspire, and perhaps train our own artists, then Tiepolo, with his light-hearted and phantasmagoric virtuosity, could hardly be a better inspiration. Australia has always needed sprezzatura, and Tiepolo has it in abundance, something the late John Forbes applauded in his ekphrastic poem ‘On Tiepolo’s Banquet of Cleopatra’:

[ ... ] flash Euro­
trash surveys a sulky, round faced überBabe who’s got the lot – [ ... ]
What’s that pearl without price she’s
dropping in her glass? A mirror of
their self-regard, replaced by each
other’s glances. Still, it glows, blue
& blank at the centre like their hearts, [ ... ]
But if they suggest Eros
what role does Agape play in this –
downstairs & screaming, being shown The
lnstruments? You wish, voyeur, you wish.

Not quite how Jaynie Anderson would describe things, but a true encomium in its own right. Many observers, myself included, would assert that there is a moral innocence in Tiepolo, as there is in Veronese, but Forbes has seen how ambiguous European opulence can be.

Tiepolo’s practice, like Schubert’s, was to compose variations on his own works. Anderson undertakes a thorough survey of the two significant dramatic encounters of Cleopatra and Antony: their Meeting, either at Tarsus (the first time, immortalised by Shakespeare in Enobarbus’s celebrated speech, ‘the barge she sat in, like a burnish’ d throne / Burnt on the water ...’), or later, when Antony returned to Alexandria with the captive king Attavasdes. The second is one of their renowned Banquets: the one with the challenge of dissolving the pearl in wine and drinking it, or perhaps that which occurred defiantly after the Battle of Actium, and which also involved the gesture with the pearl. From the start of the fourth decade of the eighteenth century till its end, when the previous paintings achieved an apotheosis in the frescoes of the Palazzo Labia on the Canareggio Canal in Venice, Tiepolo produced elaborate masterpieces on these two themes. Anderson’s assumption that the picture in Melbourne – if not exactly the ‘onlie begetter’ of the series – is the supreme masterpiece of them all, is surely correct. lt is also among Tiepolo’s earlier treatments, having been created via the interest of Consul Smith, on behalf of Augustus the Third of Saxony’s private gallery in Dresden.

One problem the reader of an art book of this inclusiveness faces is judging the proportions of the works illustrated, even if their measurements are given. The other Meetings and Banquets in London, Milan, Edinburgh, New York, Paris, and outside St Petersburg, for all the fascination surrounding the way in which they differ from the Melbourne version (there is, unfortunately, no Melbourne Meeting – only Banquet), can be confusing. What does the ordinary reader understand by the art historian’s term ‘modello’, employed by Anderson to categorise most of Melbourne’s rivals? Such modelli certainly seem – and are exhibited by their custodians as – complete pictures in themselves, however preliminary they were to any other paintings. Hung on the procrustean grid of an art book’s pagination, they impress as real alternatives to the subject of the book, though in situ they might well be less impressive. All – if occasionally ragged by his standards – exhibit Tiepolo’s transcendent technique. I doubt that seeing them in reality would be as disconcerting as a visit to London’s National Gallery to examine Antonello da Messina’s St Jerome in His Cell. In reproduction, this masterpiece seems as overwhelming as the cosmos: on the gallery wall, it shocks with its minuscule dimensions. In general, Anderson’s comparisons are both accurate and fair-minded.

The hero of the historical and analytical sections of the book is Count Algarotti, a remarkably enlightened go-between who obtained commissions for Tiepolo. This extraordinary man promoted Newtonian physics and English poetry in the Italy of his day. His description of the Melbourne picture – as set down for the Saxon king – is finer than any modern critical art document I have read. Anderson quotes copiously from literature (there is a witty, poetic moment in Barnabe Bames’s The Divils Charter on another theme covered in the book: Cleopatra’s suicide from the bite of an asp), as well as conducting a thorough trawl through the dozens of pictorial treatments of the Antony-Cleopatra scene, as one might denote it.

Lastly, to introduce a personal obsession, I found myself absorbed all over again by the theme of banqueting as a metaphor for painting. Anderson points out that there is a frugality in the food actually on offer in Cleopatra’s Banquet. The opulence is in the mise en scène, powerfully emphasised by the clothes worn by the dramatis personae – including the numerous servitors. This magnificence is paraded without irony, whatever moral overview is intended. Both Veronese and Tiepolo, in their various feasting pictures, invite beholders’ eyes to play the voluptuary. Their scenes are exemplary banquets and the gallery visitor is enjoined to take part in the feast.

Encouraged by the sense of satisfaction produced by looking at Tiepolo, I end my review by quoting myself – passages from a poem entitled ‘The Painters’ Banquet’:

They came with their gifts of the senses
And of the groves planted for them by God
In the retina [ ... ]
This is the sumptuous gallery of those
Who have eaten the world [ ... ]
The dead artificers’ creations bum
All sophistry from pilgrims’ eyes.

I’m booking for the Palazzo Labia as soon as I can afford it.

Peter Porter was born in Brisbane in 1929 and died in London in 2010; he had lived there since 1951. He published countless poetry collections, anthologies, reviews, and essays for almost half a century. He was a frequent contributor to ABR. His collections include The Cost of Seriousness (1978), Fast Forward (1984), and Collected Poems (1983 and 1999). His many awards included the 1988 Whitbread Poetry Award, the 1990 ALS Gold Medal, the 2002 Forward Poetry Prize, and the 2002 Queen’s Medal for Poetry. He wrote thousands of reviews, essays, lectures, and introductions. His work appeared in Australian Book Review from 1985 to 2010. His fellow poet–critic Peter Steele, who wrote a monograph on Porter, published this tribute in ABR following Peter Porter’s death on 23 April 2010. ABR’s poetry prize was renamed after him to honour his remarkable poetry and generosity to countless Australian poets. 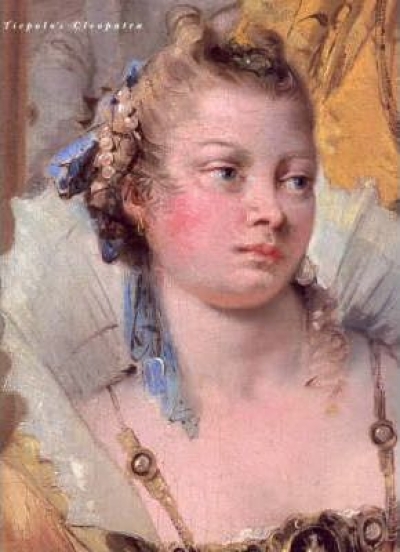