Things shimmer in the distance, as idiosyncrasies of air and light press in upon the eye, causing the terrain before one to wobble, smudge and dissolve. It was the singular achievement of Fred Williams to find an original pictorial syntax to poeticise such distance as it was experienced in the Australian landscape.

Williams (1927–82) can be counted among the four or five best Australian artists of the twentieth century. There is a good argument to regard him as the greatest, but an impersonal quality in his work – the result, perhaps, of a lifelong rumination on distance – seems to block the kind of empathy that turns certain other kinds of artist into sentimental favourites. There is a discipline, a technical reach and a professionalism about Williams that compels interest even as it may deter infatuation, and nowhere can this be felt more than in his prints, currently the subject of an important exhibition at the British Museum (which runs until 25 April). The occasion for the show is what the British Museum’s director, Neil MacGregor, describes as ‘an astonishing gift’ of seventy etchings and nine drawings, gouaches and watercolours to the museum’s Department of Prints and Drawings by Lyn Williams, the artist’s widow. The exhibition is accompanied by an exemplary 128-page catalogue, with an essay by Irena Zdanowicz and a brief summary of the British Museum’s collection of Australian prints by the department’s Australian-born assistant keeper, Stephen Coppel.

Williams lived for five years in London in the 1950s, during which time he spent many hours in the Prints and Drawings rooms, learning from the graphic inventions of Rembrandt and Goya, as well as Degas and Sickert. He boldly wondered at the end of his stay in London whether he could not have learned as much about painting back in the lively artistic milieu of Melbourne. Regarding the graphic side of his work, however, he felt differently: ‘I have made decided steps in my drawings thanks to the many factors here. British Museum etc. have been a great help to me.’ Almost all the great Australian modern landscape artists grappled with the relationship between figure and landscape. In Sidney Nolan and Arthur Boyd, the relationship is loaded with mythic reverberations, and frequently a sense of anomaly, or jarring displacement. With Frank Hodgkinson and John Olsen, things change: their pictures teem with life, both animal and human, and the relationship between living creatures and landscape brims with fecundity and a joyful, antic sense of perpetual becoming.

Williams’s vision of the landscape, however, is devoid of both humans and animals. Even trees are reduced to blobs on sticks. The explanation, perhaps, has to do with his key term, distance. But it seems odd, since his art studies at the National Gallery School and George Bell’s private art school in Melbourne, and later at the Chelsea Polytechnic and the Central School in London, were almost entirely devoted to drawing from life. Indeed, it was through figure drawing that Williams first gained recognition: he won the drawing prize at the Victorian Artists Society in 1947 and had one of his drawings bought by the NGV in 1949.

Tantalisingly, the first twenty or so prints on display at the British Museum all describe the human figure – specifically, the performers and audiences of the London music hall. Williams’s haunts were the Angel at Islington, the Metropolitan and the Chelsea Palace, and one can feel in these works the breathing presence of Degas and Sickert, who addressed similar subjects. Above all, they show what a terrifically direct and engaging draughtsman Williams was. But inevitably, they also make one reflect on their relationship to the later, signature landscapes – on what might have been taken away, as nourishment, and what was left behind, unexplored.

Despite their brio, the feeling that these are student exercises – gifted, bold, assured, but exercises all the same – never quite leaves them. For Williams, the really serious work began on his arrival back in Australia at the end of 1956, one month shy of his thirtieth birthday, and shortly after his home town had hosted the Olympic Games.

It was Fremantle, however, rather than Melbourne, that Williams reached by ship that December, and it was the ‘peculiarity’ of the Western Australian landscape that immediately struck him. ‘He determined in that instant to paint it,’ writes Zdanowicz.

Painting, drawing, and printmaking were pursued concurrently throughout Williams’s career, and each activity fed into the other. So it is fascinating to see his inimitable syntax– especially its key term, the ubiquitous gum tree – emerge through his experiments with prints. In the context of what was to come, his rendering in 1958 of a sapling gum, with long curving trunk and lighter circles of foliage atop a few thin branches, is the visual equivalent of a child’s first words. Once he had found these first key ‘words’, the rest happened quickly.

A flat field cut off by a horizon line above which hovers a kind of Morse code of treetops can already be seen in the mirage-like ‘Sandstone Hill Number 1’ of 1961, and, in the same year, a sapling forest is represented by no more than a barcode of dark vertical lines on a dappled field. These are works that feel uncannily true to the Australian landscape, and yet intensely conscious of the main tenets of postwar abstraction: flatness, ‘all-overness’ and the autonomy of the medium itself.

Williams was obsessive about exploring all the technical possibilities of printmaking. He ‘subjected his work to a continual process of review’, writes Zdanowicz. Drastically different editions were pulled from the same plate by adding or taking away marks and by experimenting with aquatint, and Williams would home in on particular sections of certain plates to create entirely new compositions. His dotted marks were initially done with patches of aquatint, and later by a system of calligraphic strokes and curves. Later still, as his paintings become richer in colour, his etchings became more starkly black and white, and he stopped using aquatint altogether.

‘It was precisely because of this possibility of change and variation inherent in etching that he considered printmaking a major medium and of equal importance to painting,’ we are told. It is crucial, in this light, to know that Williams almost always printed his own plates, despite the considerable cost to his health, which deteriorated sharply in the late 1970s and early 1980s (he died at the peak of his creative powers, in 1982).

In 1969 Williams announced that he had ‘finally made the subject matter subservient to the picture’. Another time, he insisted: ‘I only use the subject matter as an excuse to hang the picture on.’ But set against these fiercely modernist-sounding dicta is his pictures’ firm grounding in observed reality. ‘Observation,’ he said, ‘is the catalyst for me.’ It is surely right to note, as others have before, that out of the Australian landscape – with its absence of clear focal points, its vistas devoid of the picturesque, and its calligraphic, far-off eucalyptus – Fred Williams moulded a subject that came to seem uniquely suited to late modernist abstraction. But what cannot be forgotten in front of the actual works is the wonderful complexity Williams brought to this neat-seeming match, a complexity that is as emotional, in its evocation of distance, as it is formal. Printmaking was absolutely central to the overall achievement, as the works donated by Lyn Williams to the British Museum make abundantly clear. 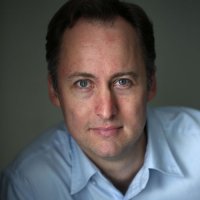 Sebastian Smee was born in Adelaide in 1972. Smee was the national art critic for the Australian, before moving to Boston in 2008 where he wrote for the Boston Globe. He is currently a critic for The Washington Post, and has also contributed to The Guardian, The Times, and The Spectator. In 2011, Smee was awarded the Pulitzer Prize for criticism, for his ‘vivid and exuberant writing about art’. Smee’s works include Lucien Freud (Taschen), Side by Side: Picasso v Matisse (Duffy and Snellgrove) and The Art of Rivalry: Four Friendships, Betrayals, and Breakthroughs in Modern Art (Profile Books). (photo credit: Pat Greenhouse) 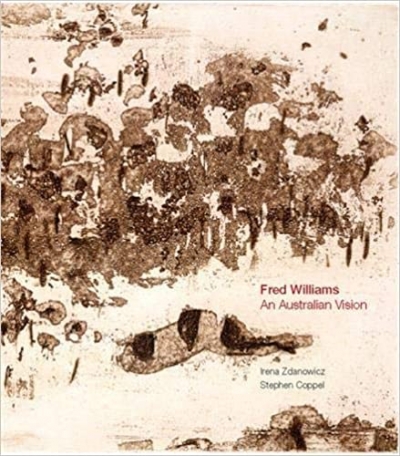 by Irena Zdanowicz and Stephen Coppel