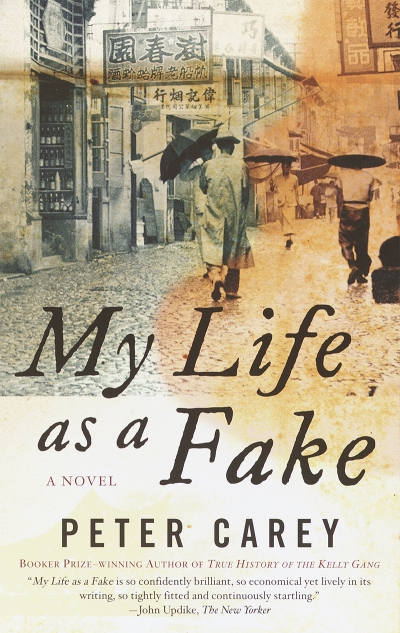 To an outside observer of the Australian literary and cultural scene, the Ern Malley hoax is one of those spin-offs in the Australian experience that keep on conjuring up Mark Twain’s famous dictum of the nature of the country’s history: ‘It does not read like history, but like the most beautiful lies ... It is full of surprises, and adventures, the incongruities, and contradictions, and incredibilities; but they are all true, they all happened.’ Coming out only a few years after the Demidenko–Darville hoax rocked the literary scene down under, Peter Carey’s fictionalisation of a true fake’s secret life clearly bears the mark of Twain’s comment, which Carey has already used as an epigraph to his novel Illywhacker (1985), and which he seems to have born in mind ever since.

Let us begin with a short recapitulation of the facts in the strange case of Ern Malley. In the history of twentieth-century Australian literature, the Australian Ossian Malley stands out as one of the country’s most influential poets, an icon of the literary avant-garde and, paradoxically, of the reaction against it. Malley’s creators, Harold Stewart and James McAuley, had unwittingly faked so well that, instead of the ‘nonsense’ and ‘bad verse’ they claimed to have perpetrated, their poems were hailed as a literary sensation, fulfilling all the premises of high modernism. Malley, embodiment of their animus against modernism, thus escaped from his life as a fake to become a respected artist, hailed by Max Harris, editor of the spearhead of avant-gardist literature in Australia, the Angry Penguins magazine, as ‘one of the most outstanding poets we have produced’. It is right at the point where the fake, in a manner reminiscent of Goethe’s sorcerer’s apprentice, defies his creator’s art that Peter Carey’s new novel sets in. Unsurprisingly, it is a lie that triggers the whole narrative: ‘And that is really where the story begins, for it was clear to me that he was lying.’