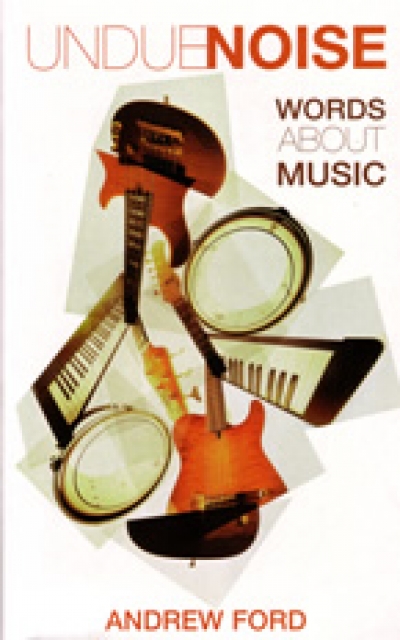 In his opening sentence, Andrew Ford explains that, ‘The seventy-something pieces in this volume were written over fifteen years for a range of publications and occasions’. Indeed, in the sixty-eight titles that constitute Undue Noise, forty-four of which began life in the ABC organ 24 Hours, Ford confronts us as critical theorist, copious reviewer of music, text and film, diarist, sleeve note writer, radio commentator and university lecturer.

The subject matter of this text is protean. Mozart, Bach, Schumann, Brahms, Stravinsky, Wagner are there, as are Boulez, Schoenberg, Tippett, Britten, Glenn Gould, Martha Argerich, Elliott Carter, and many more. However, a sizeable chunk of this book is concerned with figures as various as Bruce Springsteen, Joni Mitchell, the Beatles, Bernard Hermann, Van Morrison, Cole Porter, Bob Dylan, and that (for me) repellent phenomenon Eminem. The packed index contains far more words than the majority of articles.

Ian Holtham is an Australian pianist and academic.

Ian Holtham is an Australian pianist and academic.