Last year, escaping the Olympics in Europe, I was amazed at the media coverage overseas, which always included Australian Indigenous motifs, art, dance and music. It seemed that, beyond Australia, its Indigenous people have a prominence and clout never realised at home. I hope that, in addition to the earnest German and Japanese backpackers who might use it, many Australians will read and employ this bargain of a book to discover some of the cultural wealth it encompasses.

From its opening – the splendid AIATSIS map of Aboriginal Australia – the book trumpets the diversity and splendour of Indigenous Australia. The first third is by far the best part, almost exclusively written by Indigenous writers, giving general information on some quite difficult and sensitive issues. Philip Morrissey’s ‘Literature’ survey is particularly fine, and his contributions on ‘History’ throughout the book are models of summation and power. There are many other illuminating contributions in this section, and throughout the book in boxed sections.

In common with the entire book, though, there is a lack of overview of the ongoing effects of dispossession, and less emphasis on community-controlled organisations than there might be. The rollcall of activists does include Mansell, but where is Yunupingu Galarrwuy in this context, let alone Dixon, McGuinness, Foley, Watson and many more? The even more grassroots role of many Indigenous matriarchs could have received more attention too.

The book’s individual state guides are even more divorced from the grassroots. The authors are mainly non-Indigenous and, in places, seem to have garnered less information from Indigenous organisations and more from regional tourism authorities. While one of the remarkable things about Indigenous Australia is its diversity, emphasised by many writers, the Lonely Planet format flattens that diversity. Every place sounds very similar when reduced to guidebook format: nearly every destination mentioned has a local tour, an art gallery, a walking trail and so on. Cultural differences are homogenised, and local social centres and meeting places, as well as Indigenous people, seem strangely absent.

In spite of the occasional reference to ‘dry’ communities, the harsh realities of Indigenous life in Australia are given little coverage. Astute visitors will find out soon enough. Years ago, a visiting South African dance troupe was scrupulous in not making public comments about local politics. One member could not resist, on visiting Alice Springs, saying, ‘They call this a tourist attraction!’ Things have not changed much since then.

It is a very delicate matter to balance a justified triumphalism (‘We have survived’) against a realistic view of the problems still to be faced. Certainly the book’s colour sections are splendid: on visual arts, bush medicine and tucker, weaving, Kakadu, Uluru and Kata Tjuta, dance and ceremony, and sport. Against these positive and vibrant sections, a little more that reflects the perspective of Anna Haebich’s monumental Broken Circles, with its detailed accounts of real lived lives, wouldn’t hurt.

Differences of opinion or conflicts between Indigenous individuals and groups are also glossed over. Some might be unprintable but, if the guide is to be truly helpful, it should give a more realistic picture of differences at all levels. Diversity is more than a lot of subheadings in a book. The section ‘Our Indigenous Gay and Sistergirl Scene’ is another recognition of this diversity, though some of the pain is missing from the positive spin in this account.

On the level of epochs rather than lifespans, the debates about how long Aboriginal people have been here do not deserve too much space. The academic jury is still out, and many Aboriginal people seem not to give much credence to any of the theories. They’ve been right before.

But the book is a guidebook, not an encyclopaedia, and to expect it to reflect the complexity of Australian Indigenous societies is a bit unfair.

On a purely practical level, there is little to differentiate humdrum small-town attractions from significant places such as Mungo or Mutawinji. While mass tourism to such places is perhaps best not encouraged, a guidebook should prioritise more than this one does. Similarly, though the guide does not deal with travel, accommodation or eating places, which are covered in other Lonely Planet guides to Australia, a few suggested routes could be included for the tourist who wants to focus on Indigenous Australia.

The representation of Western Australia seems too limited. Perhaps fewer tourists go to there, but its Indigenous significance and heritage was sold short. The project might have run out of money, energy or space by then, but this should be rectified in subsequent editions.

And this is the first edition. Like all Lonely Planet guidebooks, there will be many additions and corrections in later editions. Any reader with local knowledge will find errors. These are inevitable in a ground-breaking book such as this, through haste, misinformation or the many hazards that beset a book of this scope. Readers should point out errors to the publishers.

The book opens thus: ‘This is the first edition of a book that started as a bright idea back in 1998. The plans were ambitious, and despite being told we were crazy by everyone we asked for advice, we went ahead’. I must admit to being thanked in the Acknowledgments for contributing just that advice. It is a miracle and tribute to the energy of many people at Lonely Planet that the book appeared at all. 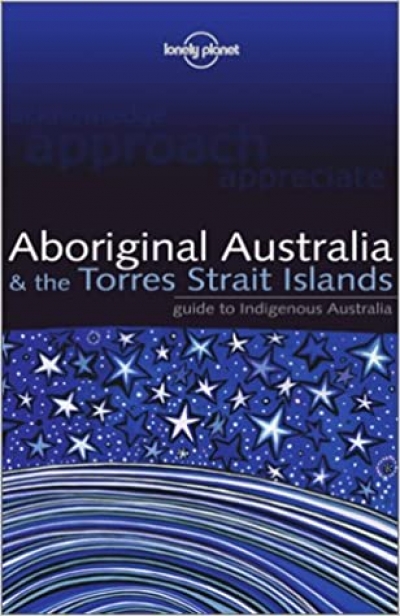