Sunshine and Rainbows: The development of gay and lesbian culture in Australia by Clive Moore

Living the queer life in the inner-city suburbs of Sydney, it is hard not to become complacent, smug even. Like a magnet, Sydney draws lesbians, gays, bisexuals, queers, you name it, from all over the country. If you’ve grown up in rural Victoria, moved to Melbourne after compulsory schooling, and then fifteen years later have hit a certain mid-gay-life ennui, where else is there to go?

Once in Sydney, the newly arrived remake themselves. Soon enough, a collective amnesia sets in and the thought of living a queer life outside the Harbour City becomes quaint, if not unimaginable. Come Mardi Gras, interstate visitors are tolerated as poor country cousins. You can see them wandering up and down Oxford Street, bedazzled by Sydney’s homosexual superiority. Imagine an East German let loose in West Berlin before the wall came down, and you get the picture. 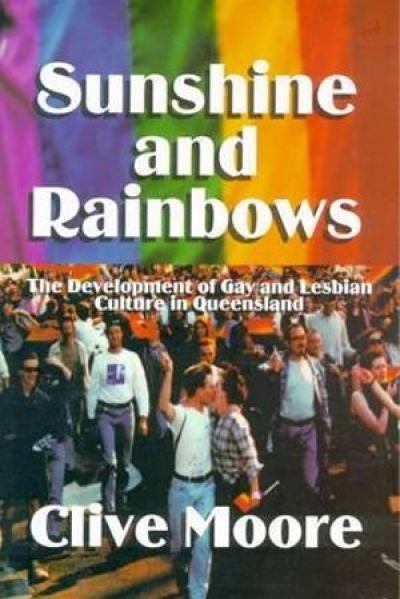 Sunshine and Rainbows: The development of gay and lesbian culture in Australia