A Witness to History: The life and times of Robert Arthur Broinowski by Richard Broinowski

Since the Federal Parliament moved to the house on the hill, the rose garden on the Senate side of the Old Parliament House has been neglected and uncared for. Escapism, from parliament, from Canberra, from the intensity and claustrophobia of being locked up in a remote building, has always been a secret ambition of most politicians during parliamentary sittings. The rose garden used to be a beautiful and tranquil place to enjoy a reflective half-hour. On special days, like the opening of parliament, a military band would play in a marquee, and politicians, parliamentary staff and invited guests would stroll on the lawns, enjoying the music, an atmosphere of easy-going irrelevance, and the roses. It was like a scene from the last days of the Raj, filmed by Bertolucci.

The rose garden was the inspiration and creation of Robert Broinowski, then, in the early 1930s, a clerk assistant in the Senate, and the subject of his biography. ‘He wanted Senators and their friends to be able to enjoy Canberra.’ As time passed, experience triumphed over ho Senators and staff who worked in the old building owe him a permanent debt.

John Button (1933–2008) was a senior minister in the Hawke and Keating governments and wrote for ABR often in his later years, also serving on the ABR Board. 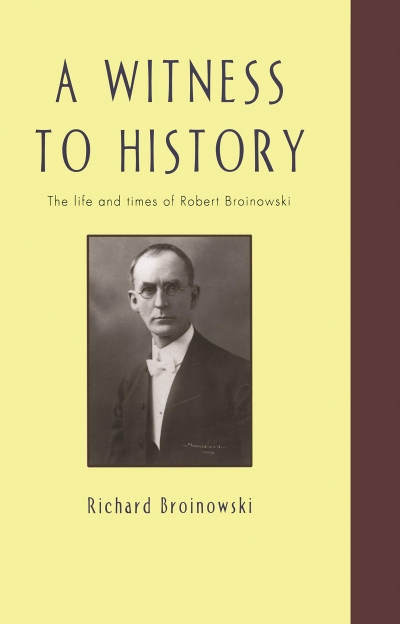 A Witness to History: The life and times of Robert Arthur Broinowski