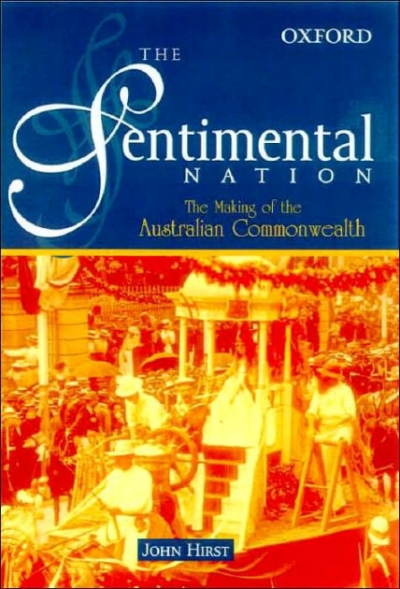 The Sentimental Nation: The making of the Australian Commonwealth

When John Hirst accepted the challenge of writing a history of Federation of scholarly quality but fit for a broad popular readership, he may have felt himself on a hiding to nothing. Previous historians have succeeded in convincing Australians that the story of the making of the Australian Commonwealth is at best dull. Who wants to know about a collection of hirsute, largely overweight, and overdressed middle-class politicians arguing about the nexus between the Senate and the House of Representatives?

Even during the Federation referenda of the late 1890s, Labor writers in Victoria and New South Wales were damning the proposed federal constitution as a bourgeois plot enabling capitalist bosses to organise more efficiently. The federal parliament, claimed the Brisbane Worker, would deliver neither one-man­one-vote, women’s suffrage, nor a White Australia policy. The new Commonwealth achieved the lot within eighteen months of its creation.

The Sentimental Nation: The making of the Australian Commonwealth