The question is probably all wrong. How can an American – well, an Egyptian-born American, if hyphenate we must – pronounce life on Australia? I came to the Antipodes late in my life, drawn to the Pacific, that great wink of eternity, Melville called it, drawn to horizons more than to origins. I made friends and became in Australia a wintry celebrant.

That’s personal. Geopolitically – and I believe the political is also personal – questions of national identity threaten to consume us in their rings of fire. Imaginary communities? In each, the instinct to belong is primal, like earth, like water or fire. The mass soul, Elias Canetti said, ‘foams like a huge, wild, full-blooded, warm animal in all of us, very deep, far deeper than the maternal.’ Kin, clan, co-operative behaviour, E.O. Wilson would concur, are governed by ‘epigenetic rules’.

Still, I resist the atavism of identity politics, the dark lure of the cave. Am I, then, the one to ask: ‘How Australian is it?’ Perhaps the question can be goaded with reflection into a wider light. Les Murray, writing nearly a quarter of a century ago about reservations, preserves, ghettoes, all those enclaves of exclusion we know about, declared: ‘What I am after is spiritual change that would make them unnecessary.’ It is also what I’m after, in this brief and blatantly selective essay: distant convergences, broader sight.

But slowly now. Australia does have a distinctive locus and history, to which myth clings. The sense of place, coast or outback, seems ineluctable, even in a modern novel like Christina Stead’s For Love Alone, set mostly abroad. In a prologue titled ‘Sea People’, Stead acknowledges the ‘inversions’ of the Antipodes, then makes the case for ‘the many thousand miles of seaboard’ her ancestors hug, shrinking from the interior, a ‘Sahara, the salt-crusted bed of a prehistoric sea’. And so, people of that ‘sea-world, a great Ithaca’, are always asked abroad, ‘Men of what nation put you down – for I am sure you did not get here on foot?’ 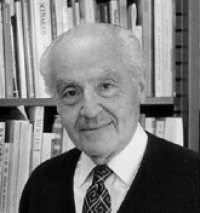 Ihab Hassan was an Egyptian–born American writer and academic, author of twelve books and numerous essays of literary, critical, travel and autobiographical work. He frequently visited Australia and lived in Wisconsin. His works include Radical Innocence: Studies in the contemporary American novel (1961); The Dismemberment of Orpheus: Towards a postmodern literature (1971); and Selves at Risk: Patterns of quest in contemporary American letters (1990).

Ihab Hassan was an Egyptian–born American writer and academic, author of twelve books and numerous essays of literary, critical, travel and autobiographical work. He frequently visited Australia and lived in Wisconsin. His works include Radical Innocence: Studies in the contemporary American novel (1961); The Dismemberment of Orpheus: Towards a postmodern literature (1971); and Selves at Risk: Patterns of quest in contemporary American letters (1990).