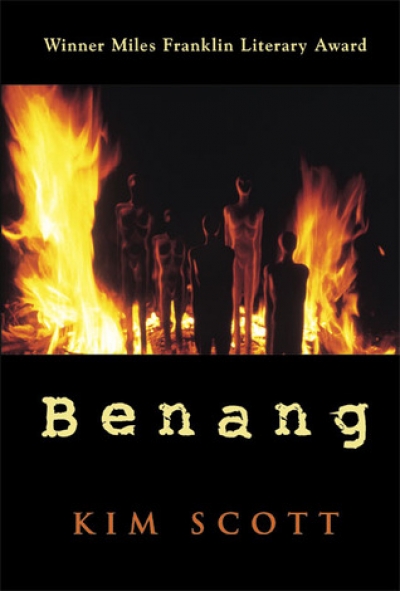 Kim Scott is described on the inside cover of Benang, his second novel, as ‘a descendant of  people who have always lived along the south-east coast of Western Australia and is glad to be living in times when it is possible to explore the significance of that fact and be one among those who call themselves Nyoongar’. This careful wording suggests a path of self-discovery illuminating the author’s fiction.

Scott’s first novel, True Country (1993), had as its central character a young school teacher posted to a remote Aboriginal community, who, through his experiences, addresses his own Aboriginality. In Benang, Scott further develops this exploration of Aboriginality, setting himself in the process a number of narrative challenges which he mostly succeeds in resolving.

At face value, Benang is the story of Harley, a young Nyoongar man who is staying with his European grandfather Ernest Solomon Scat – the name is not accidental – after a crippling car crash which killed his father, and who, through his rehabilitation, seeks to discover his family history, his place in the two cultures. But Scott wants more, through Harley crafting a recovered and imagined history from official correspondence and records of Aboriginal protection officers, police, and concerned citizens like Scat, offset with campfire yarns told Harley by his uncles as they travel together reading, if not singing, the land.