Every so often you come across a book of poetry which is just plain friendly, a book without tensions or terrors or angst to seize you – but which is consistently good poetry throughout. Seeing Things is such a book. It is so accessible in its straightforward diction and low-key tone that reading it is to feel very much spoken to, acknowledged. This is not a poetry foregrounding language or form so much as a series of poems which almost coalesce during reading into an intimate reportage of the quotidian. Intimate in the sense of almost being there, sharing the observations. It is language as transparency. From ‘Painting Session’ referring to the poet’s two-year-old daughter:

She can’t paint without taking her clothes off
and painting her body.
Beginning with her hands and finally covering
all she can reach ...

And yet, by the end of this delightful, quiet poem, there is just enough shift:

I have a blue demon, blue-eyed, rolled in blue,
tonguing the blue air here in the yard.
I hose her back to something like my child.
I am calm, distant, middle-aged,
the colour barely showing in my face.

This is subtle writing. Without such shifts, the poems would suffer, I feel, from flatness, but the shifts are doing more than merely ‘saving’ the poem, they are the poetry itself, that which informs the writing beyond its prose.

The collection is frequently structured around the list, as much of the seeing is compressed out of narrative and into a gathering. In a witty and affectionate poem a fellow poet is implied and actually characterised by the items he has left behind in a house (‘Grant on Edward’), a cafe and locale are placed in a series of images (‘Kaleidoscope Kafe Sydney Road Brunswick’) or, with use of a parallel, an Irish ancestor is portrayed by separate events in his life alongside the poet’s account of things noted while touring in Ireland. As he says: ‘and this Brophy watched with eyes / that remembered everything’. And there does seem to my ear a distinctly Irish phrasing to Brophy’s fluent and effortless humour, something I’d discerned before these poems of his set in Ireland, and reminding me of poets such as Heaney but especially Paul Durcan – who is much funnier than the good, staid Heaney – in phrases like this: ‘In fact last year I confess I changed Dean / Street to Death Street without drawing attention to myself.’

Two poems which do use narrative are among the best in the collection. The longer ‘A Small Mistake’ again uses the parallel, this time contrasting the reaching for calm and detachment through yoga with a minor but growing problem of having to kill a half-drowned guinea pig left behind by the school’s half-mad problem student. The poem becomes a sustained meditation on action and non-action (‘My yoga teacher says that we find life difficult / because there are too many fires burning inside us.’), on the everyday perceptions of order and, then, through a gently modulating momentum, on death, and finally resolves itself in the desire for having children. Given its twenty-six sections, this is a more complex and amusing poem, not because of inaccessibility but through it gathering stronger thematic variables and its more unexpected but witty shifts of register. It is a strong double then with ‘What Men and Women Do’ which looks back through a child’s naive perception of the things adults (exemplified through parents) do that seem so strange and unknowable, and how the son wishes to have this knowledge revealed so he in turn can do and know those things when they are gone. Parallel with this is the accident of the two brothers hit by a car after leaving a newsagent:

Brophy’s poetry never leaves you in a strange territory; it is a world plainly recognisable but rarely plain. There are among the many poetries those poems which, by registering a seeing, show us and have us feel again the world as we know it – the poem as a re-making, a construction of moments or sequences. Closely related to these are the poems which begin from this ‘reality’ then seem to inscribe within it another world we know much less well – and which is perhaps only to be found in the poem. It is more a language of intuitions. Brophy’s work is pretty nearly always the former, so it is less strange and more familiar and if that is a loss then it is also its charm. 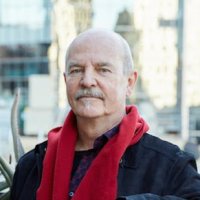 Philip Salom is a contemporary Australian poet and novelist whose poetry books have attracted widespread acclaim. 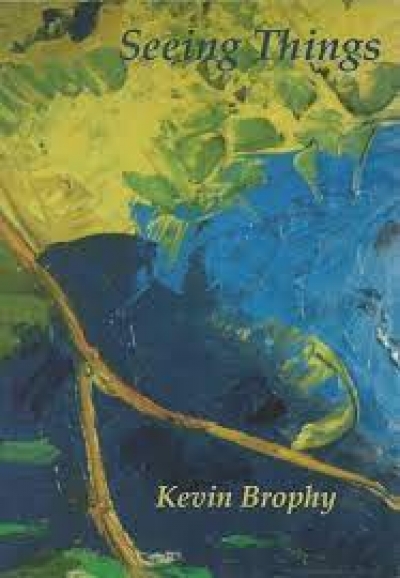