Literary culture in Australia seems to me to be in state of some disorder, not least because of the state of reviewing. Many reviews are banal, slipshod, dull and as if written in a cultural vacuum.

Too many reviews pay no heed to context and little heed to the reader. Too many are dull and predictable reading, with opinions played out safely – so safely there is little to focus the reader’s attention. Too many are written with a private agenda in mind, sometimes amounting to a misrepresentation of the book and at the very least a disservice to the book. And yes, it is sometimes true of ABR’s reviews too.

In part some of this disorder arises from the commissioning system. Once commissioned a review is difficult to decline and it is expensive to use the option of paying a ‘kill fee’ (whereby the reviewer is paid but the review not published). Occasionally at ABR I have had to make use of the kill fee because the writing simply was not up to standard, but I avoid it wherever possible for financial reasons. I also avoid using the poor reviewers again, sometimes despite their persistence.

Every day I receive letters requesting an opportunity to review for ABR, sometimes from people who have reviewed for the magazine in the past and so feel entitled to review for it again. Mainly, however, such letters are from people wanting some reviewing experience and assuming that it is easier to find reviewing opportunities at ABR than it is in the newspaper world. To a degree, that is a reasonable assumption, but ABR also wants the best reviewers possible. It is difficult to juggle the need for younger or new reviewers to gain some experience with the wish to make each issue of the magazine as lively and informative as possible.

Like any literary editor, I have a list of experienced and reliable reviewers who recognise that the review is first and foremost a form of literary news – the announcement of a new book or a new argument or a new idea – and who believe that the review is a literary genre of its own. For the most part, many of the experienced reviewers I regularly call upon are adept at receiving the new book into the existing context of Australian writing, whether it be through familiarity with the previous work of a given novelist or through familiarity with, for example, current feminist theories or current Aboriginal studies. To review, say, a new David Ireland novel should encompass some sense of his earlier work and preoccupations and, ideally, some sense of the location of his work within Australian fiction generally. Certainly the best reviewers do not treat the book in isolation as though it fell from the sky.

I suggested that weaker reviewers pay little heed to the reader. By this I mean that they fail to make the review an interesting piece of writing in itself. Many readers of reviews in newspapers or magazines, quite properly, use the review pages to keep informed on what is happening in publishing and literary culture generally. Experienced reviewers tend to address the needs of the reader of the review by making the review a good piece of writing in itself, likely to appeal to the casual reader as well as the already committed reader. Reviews operate across a cultural chasm, between the committed reader who regularly reads reviews and follows the work of a number of Australian writers and the casual reader. It is not easy to satisfy the needs of both readers in a single review. Perhaps I make good reviewing sound intimidating. I believe it is not easy to write a good review – whether favourable or not is not the point. Certainly not every reader makes a good reviewer.

The role of literary editor is somewhat like that of literary matchmaking. The editor is a procurer or procuress, seeking to bring about a happy alliance between book and reviewer. The happier the alliance the more vital and energetic the writing becomes. Not all alliances prove to be happy. Some become a source of anger and fierce dispute. The right to dispute seems to me vital to our literary culture. So too good reviewing is vital. 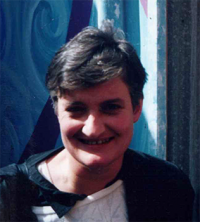