I have walked long and often with this writer man, travelled with him on trains, listened to him give exact references on the Melways map, noted him noting his whereabouts and those places about and abutting his whereabouts, and I am still uncertain why his work interests me so much, unless it be that the geography of the imagination is the first and the last landscape of grasslands to be explored and that the inland of an island such as ours will always be an ambiguous place which may display a real sea and a centre or mirages of either.

On one Saturday, which fell on the seventh day after I had recovered from the celebration of the fiftieth anniversary of my supposed entry to this reality, I overheard a man describing the work of this first man with whom I have travelled so much assert that the work of this latter man is repetitive.

Had he made this remark on the very day of the celebration of my fiftieth anniversary, I could have introduced him to this man and he could have seen that this man is very like the man about whom he writes in his story, which this time, for this book, he has decided to call Velvet Waters, and that this man in the story ‘for twenty-seven years and six months ... had not been able to stop himself from drinking beer continually or from talking continually whenever he had been in a place where beer was being drunk’.

The man being introduced would have then, had he been a man of some insight, which he was not, understood that repetition, being a figment of time, cannot mean anything but that some sounds, which sound familiar, are very much, in their arrangement and their structure and in the order in which they are heard, like sounds which, in that same arrangement, structure and order, were heard in a different place, and that these sounds may or may not remind him of that different place, or of the similarity of his present place to that other place.

He might also have learned, had he been present at the anniversary of my first entrance, that the writer of this story, and many other stories, is therefore most interested in the question of place, and of how all places are connected to all others, because, if the pattern of all the connections between places can be mapped, then naturally (a word the writer of the stories would never use) one could be standing in one place and be also in quite another place at that same time.

Some people would have and have called this impossible. Some have referred to it as the problem of time and space. Others have simply noted that it is the normal use of the imagination.

The man who writes these stories, with whom I have travelled on so many journeys, can help those whose imagination is not normal. Those, for example, who will not understand that a teacher who has promised his students that he will post all their letters to New Zealand, and who has not posted them, will feel so guilty that he will not be able to burn them because, remembering what he has heard of a bush fire in the year he was born, he will also remember that the ashes were blown across the Tasman, and who can tell whether, just as he decides to burn the letters of his students to dispense with his guilt, a bush fire might not come and one or two of the fragments not be blown across the Tasman to New Zealand where they might be found by someone who would write back to the students to tell them that their letters had been burned, not posted. And if this were to occur, the man in the story, who loved his students, would know that the students would know that he had lied to them. Some would use, to describe the thoughts of such a man as the teacher, the new and commonly abused word paranoiac and would find in this collection of stories many other instances of thoughts which could be so termed. Particularly if they were to be readers who are not men and who wished to consider carefully the passages in the book where men reflect on those humans who are not men. Such readers would discover that the men in the stories are often thinking of those who are young and not men, and falling in love with them, but are afraid to ask them to the pictures on the following Thursday or Saturday because they fear that those who are not men will know that those asking such a thing have fallen in love with them, and have never been alone with a young woman before, and a knowing look will appear on their faces. If such readers were to follow one of the many paths in these stories, they would discover that such thinking, which the men in the stories spend so much time directing towards the women in the stories, is not to be called paranoiac but is the result of the society of the time seducing the men in the stories to a state of mind such that, as one of the young men in the stories confides to us, ‘most young men of the south-eastern suburbs of Melbourne took care not to fall in love with young women and that most young women approved of the young men’s taking care’.

Even the most fervent of those readers who are not men and who do not like those writers who are men might, or perhaps will, feel sympathy with such young men who must take care not to fall in love and might see in the words of the mind of the young man, as set out in his words above, something that is not always proper for readers who are not men to see, which some would call humour.

Other readers, who might be men or not men, might also take note that the man in the story is from a particular place in the world and has not been to many other places in the world by train, or on foot, or by motor. But if they listen to the words of the man in the story they will travel with him to America, to Sweden, to Little River, Hepburn Springs, and to other places in the State of Victoria where there are grasslands and springs and small lakes, and it will not matter whether these journeys are in 1944, in 1957, in 1988, or notated on any other page of any calendar on which there are such numbers, because numbers on the pages of a calendar are not important if one is travelling on such journeys.

Readers of any human kind will see in the words of the men in this book, and in the many stories, that the pattern of paths, which connect places, can be travelled by anyone and that such travel will also connect the numbers on the pages of the calendar, so that the man on the train who is drinking beer with the soldier who has come back from the war in Malaysia and who helped other soldiers who were with him in Malaysia to shoot twenty young women, after staring into their faces, is the same young man who sits with his father on a train and watches the grasslands of that place North of Melbourne fade over his father’s shoulder into the last escarpment of the Great Divide many years before he is sitting on the train listening to the story of the soldier.

In the mind of the man who is telling us the story these journeys, and these people, and these calendar numbers, are all connected because his mind connects them, just as his mind, in that same story, finds a correspondence between a joke he had heard from the men who, on a Saturday night, used to sit with him and drink beer and play cards, a joke which tells of a part of a woman’s anatomy, a funnel-web spider and a finger, and which is not a proper joke to tell about a woman, and the small aperture in the garden of a monastery in those parts North of the Murray river where he had gone to visit his cousin to tell him that he would not himself become a monk but would marry ‘the young woman that he would have chosen for his girlfriend in the Catholic church in his country district’.

But those readers who, by this time, have learned to travel with this young man and with all the young men in these stories will understand the connections between these things which have been mentioned, and will agree that to mention any other things, or to express any of what are often called emotions about any of the facts which the young man in the story tells his readers, would be to disconnect those things which have carefully been connected and would destroy all the possibilities of other travels and other connections, which the writer of these stories allows his readers to make for themselves.

And if readers of the stories of the man who has written of the journeys in this book and of those in his other books, have made connections where there were no connections and which, prior to reading these stories, could be made, then they will enjoy travelling with this man and will wish to go with him to many more places, which is to say many more times, and they will understand how it can be that a very young man, staring at the photograph in the Argus in the year 1945, a photograph which his mother has told him is the photograph of a ship taking Australian war brides to seek their husbands in America, can turn his face away from his mother because he does not want his mother to know what is in his mind, and can tell us that he, as a boy, had then ‘knelt on the grass in his mind in front of the young woman in his mind’.

Such readers will find great pleasure in the freedom and the beauty of exploring, mapping and travelling with this writer. And this is why, perhaps, I have made so many journeys with him and would wish to make many more.

D.J. O'Hearn worked at Melbourne University and was a presenter of The Book Show for many years on SBS Television. 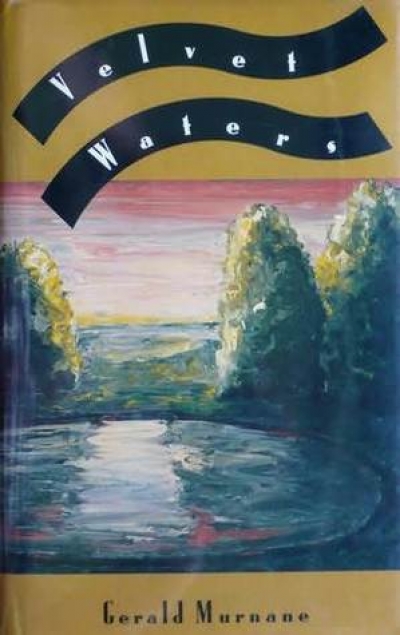