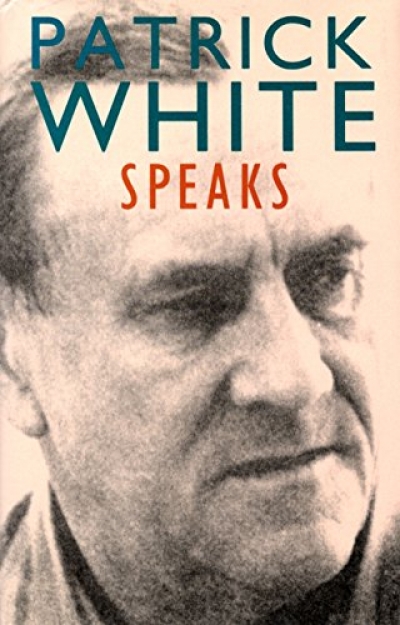 In the early 1970s, Patrick White began to achieve a new public identity. His support for the fight to save Centennial Park from Olympic developers, his endorsement of the Whitlam government, and, of course, his receipt of the Nobel Prize for Literature in 1973 transformed a writer aiming ‘to people the Australian emptiness in the only way I am able’ into a personality able to persuade (and irritate) merely by his presence. The outsider suddenly became an insider – in 1973 he was ‘unanimously chosen’ as Australian of the Year – and, to his mingled dismay and delight, he discovered that Australia was already peopled.

But then the ‘heavy plop-plop of Australian bullshit’ and the ‘pattering of desperate little sheep pellets’ – double-speak at the top and ovine electoral panic at the bottom – brought about Whitlam’s ‘political slaughter’ and, after Gough’s second electoral defeat in 1978, White ‘firmly decided not to speak in public again’. By now even his silence was eloquent. It was also elegiac: if Australians lacked the will to change their constitution, if they wanted a mediocre society, what more was there to say? History, it seemed, was doomed to repeat itself: Henry Lawson had tried to escape the ‘grey monotony of Australian life’ and had been destroyed. In a ‘pretty dun-coloured’ political environment, Whitlam offered a ‘liberating, forward-looking way of life’: he was cut down. And then there was Jack Mundey, expelled from the BLF, another ‘wasted Australian’ stigmatised for possessing ‘true creative gifts’.