Are you (as I am) conscious of suffering from what they call the postmodern condition? You know, the spiritual and moral void within commodity culture, the isolation of individualism, the lack of meaning and all that. Since reading this book, I have begun to think that we should all spend time in Sparkes Creek. Havelock Ellis, who became the great British psychologist of sex, went there over a hundred years ago, as a boy of nineteen:

I met no woman there, or man either, who meant anything to me, but I was to find there one who must mean more than any person: I found there myself. This year 1878 was to be in all exterior relationships the loneliest, the most isolated of my life. But it was also to be for my interior development the most fateful, the most decisive, of all my years.

Henry Havelock Ellis was sixteen and on a voyage round the world with his sea captain father, when it was decided that for health reasons he should stay on in Sydney. A thin, delicate English lad, a dedicated bookworm, he had finished school with no clue as to what he would do in life – which worried him. Acquaintances fixed him up with a teaching post in Sydney. Then he went as a private tutor to Goongerwarrie, beyond Bathurst, where he stayed a year. Finally, he was sent by the NSW Council of Education to teach in Sparkes Creek, 100 miles by rail from Sydney to Scone, then eighteen miles on horseback into the bush. By the time he arrived there, with his little bag and tall silk hat, Havelock, ‘at the threshold of the creative period of manhood’, felt very forlorn.

His humble dwelling was the schoolhouse, built of rough-hewn slabs with a shingled roof through which he could see the stars at night. On the first night he heard ‘wild beasts of some kind’ scampering noisily in the chimney. His bed, a flimsy construction consisting of two flour sacks stretched across four poles, collapsed on the floor. In the morning he surmised that a small animal had curled up in his silk hat, leaving behind a ball of fur. Later, he discovered the tawny snake living under his verandah. Fortunately, he had inherited some of the sea captain’s unflappable temperament.

He stayed on for the whole twelve months. Outside teaching hours, he hardly saw the other people in the valley. The Education Council Inspector, his only visitor from the outside world, was shocked that the young man has been sent to such a godforsaken spot: ‘How little [he] knew of the gateways to Heaven!’ comments Ellis. His existence was as ascetic as a monk’s: his staple diet tinned fish, his mirror the windowpane. The one luxury was a crate of books ordered from England. On long walks he reflected, brooded and hankered after love. He gratified himself with knowledge, gorging himself on poetry, the Bible (although not a believer), philosophy and biography: ‘I had acquired the power of seeing the world freshly’, he writes, ‘and seeing it directly, with my own eyes, not through the dulling or disturbing medium of tradition and convention.’

Geoffrey Dutton contrasts Havelock Ellis and D.H. Lawrence: ‘Lawrence on Australia appeals to those Australians who suffer from the cultural cringe, and to those foreigners who like to patronise an Australia of which they are mostly ignorant.’ He points out that Lawrence stayed only three months in this country (in 1922) and wrote Kangaroo (‘a fascinating but deeply flawed novel’) in six weeks. Havelock Ellis, on the other hand, ended up staying four years (1875–79) and experienced, says Dutton, a ‘love affair with Australia’.

Is it right to make this claim for Havelock Ellis? I think not, although, certainly, he was singularly receptive (for an Englishman) to the beauty of the bush, which he describes with passionate lyricism. Ultimately, though, Australia was merely the setting for a drama which took place within him. He says himself that ‘the element of external stimulus was of the slightest kind’; it was not people in Australia who induced his state of ecstasy. Yet within the solitude and silence of that ancient, unchanging spot, he underwent a ‘great spiritual revolution’, akin to a religious conversion. Later in life, Havelock Ellis associated religious and spiritual excitement with sexual conflict – an idea congenial to Freud, who admired his work. The nineteen-year-old kept a diary, somewhat sporadically. This is an impressive indication of his erudition and ease with the English language. Eight years later, inspired by his love for Olive Schreiner (whose book The Story of an African Farm tells similarly of solitude and rapture in lonely bushland), Havelock Ellis wrote the only piece of fiction he ever attempted, the short novel Kanga Creek, based on his time in Sparkes Creek, but with a whole episode – the central romantic episode – invented. Later in life, as a mature man who had made sex the object of his life-study, he wrote an autobiography, My Life. In his diary and novel Havelock Ellis writes with virginal innocence; the question of sex – which we horrible postmodern readers see all too clearly – is in abeyance. In his autobiography he goes back and explores with quite different eyes the vigorous stirrings he felt in that mysterious, exotic and solitary place.

Geoffrey Dutton presents all this material with a lively and illuminating introduction, which reveals his fascination for the subject. The collection’s only flaw is that, because the introduction quotes liberally from the diary, novel and autobiographical extracts which follow, it risks becoming repetitive. But Ellis and Dutton are good storytellers, and the play of perspectives holds our interest. I can recommend this book as a tonic for the soul.

Hazel Rowley was born in London and educated in England and Australia. She taught Literature for some years at Deakin University before moving to New York City. She died there on 1 March 2011, aged fifty-nine.  Dr Rowley published four biographies: Christina Stead: A Biography (1993), Richard Wright: The life and times (2001), Tête-à-Tête: The lives and loves of Simone de Beauvoir and Jean-Paul Sartre (2005), and Franklin and Eleanor: An extraordinary marriage (2010). In 2007 she delivered the Australian Book Review/La Trobe University Annual Lecture. ‘The Ups, the Downs: My Life As a Biographer’ appeared in the July–August 2007 issue of ABR.. Lucy Sussex wrote a tribute to Hazel Rowley in our April 2011 issue (‘Biographer of Big Subjects’). 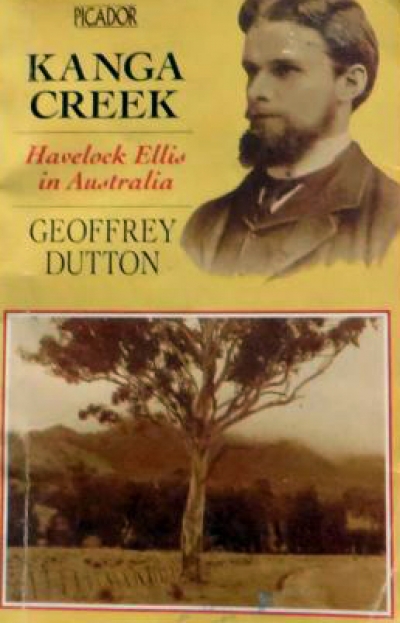