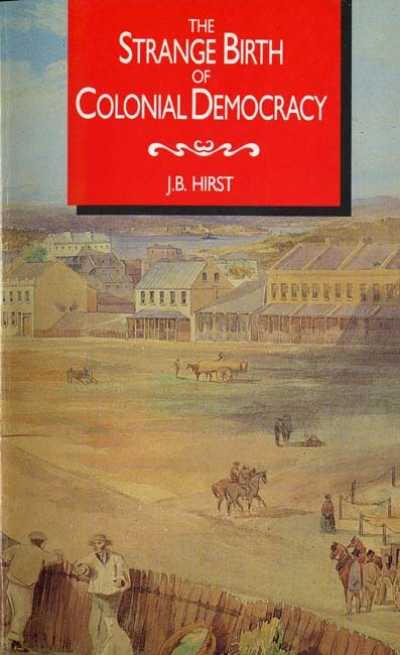 In some ways, John Hirst presents his tale of colonial New South Wales as if it were a book for today. In the preface he comments: ‘But why should we care what it was like? – because in many fundamentals this is the political world we still inhabit.’ This theme is sketched and hinted at several times in the text but it is never argued in a systematic and rigorous manner. What are we to make of the claim?

Hirst’s book is about the decline of politics from some exalted position commanding community respect (assumed, not proven, and difficult to believe) to a messy and dishonest struggle for advantage. In the imagined golden age, power and authority had been decentralised, local, and respected. Now it is centralised, bungling, inefficient, and corrupt. For Hirst, such fundamentals are still with us. The need to make history ‘relevant’ to its present may serve a useful purpose, explaining social forces, tensions and lines of development and, undoubtedly, what happened in various colonies before Federation had an impact on subsequent social, economic and political developments. But this relevancy needs to be claimed, constructed, explained, and expounded.