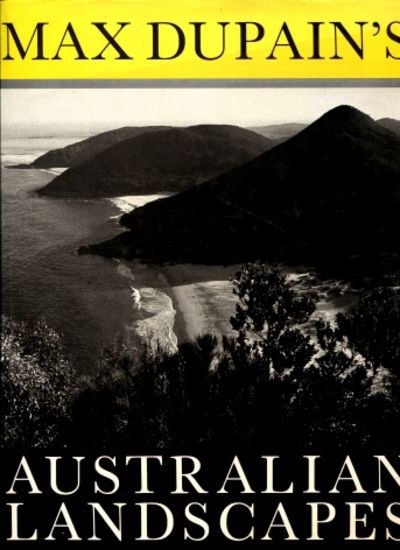 One of the characters in Stephen Spender’s novel The Temple, written in the early 1930s, is a young German photographer. They met in Hamburg in 1929. Spender, a university student just discovering the autobiographical bent of his own inspiration, observed that his friend’s attitude was very different. Instead of wanting to preserve the sensuality of the moment in monumental form, the German photographer set out to report the opposite – the death of every moment – which, at the time of being lived, is also passing. His photographs, he told Spender, were not intended to live, they were not communicative. Records of moments already gone at the click of a shutter, they annihilated even memory. Or were intended to do so.

Spender’s description of his friend’s imagery – ‘a great stream of magnificent young people, mostly young men, lying on the sand, standing, with their heads enshadowed and pressed back as though leaning against the sun, rising from bulrushes and grasses, swimming in seas and rivers, laughing from verandas, embracing one another’ is immediately reminiscent of Max Dupain’s famous ‘Sunbaker’ image of 1937 and his numerous other records of the good life on Australian beaches.

Both young photographers, one in Hamburg, the other in Sydney, shared the 1920s and 1930s cult of the body, the sun and sport. Likewise their images frequently show people back view or with their faces in shadow.

‘About the appearance of them all and about the very technique of the photography, there was the same glaze and gleam of the “modern”’, writes Spender, ‘something making them seem released and uninhibited yet anonymous, as they asserted themselves by the mere force of their undistinguishable instincts.’

Dupain’s photographs have this quality of anonymity. A spick-and-span detachment tranquilises even the most autobiographical. A photograph of Ayers Rock, a portrait of his wife, a shot of his wife and infant child asleep, a grandly rococo image of the cupola, Elizabeth Bay House, or a foggy pictorialist one of Nine Mile Store, Mona Vale (which Dupain describes as ‘a popular general store’ of the early 1930s), although diverse in occasion and personal association, are alike in expressing an immaculate style. Depending on your point of view Dupain is either blessed or cursed with a style which capably reforms nature in its own splendid terms. It strips the lives it reports to a generic form.

The two books of Max Dupain’s photography reviewed here, one new, the other a reprint, are companion volumes, having the same format and no overlap in photographs. Together they add to a much richer representation of Dupain’s photography than either volume offers singly, though, because it has a variety of subjects, I have enjoyed Max Dupain’s Australia more. The landscape category is too limited for Dupain. Besides, in Max Dupain’s Australian Landscapes the selection of photographs is slightly monotonous and there are some infelicitous pairings of images.

Dupain explains his aesthetic in essays at the front of each volume, and by good use of extended captions. He photographs ‘intimate visual relationships’, that is, he photographs images with a monumental form, either of light or geometry, usually both. His style is not subjective, not intimate in the usual sense of the word. He observes ‘a certain serenity’ in his work. Indeed, the one thing he declares against is shock: ‘Moments of agony are out.’

Photographs traditionally are not created. They are found. Some of those I like least by Dupain have been arranged. Otherwise he writes modestly about luck and chance while his most splendid photographs prove the opposite. He has lived camera in hand, sunbathing with a camera to his chest (taking those shots of bodies stalwart as trees), shooting the view through the window during a rainy holiday, stopping the car to take the image of a roadside tramp, joining a crowd of camera-wielding tourists around Queen Elizabeth. Dupain’s best genre is architecture, where his subject is in complete accord with the geometric abstraction favoured by his style of photography. As a youth he rather wanted to be an architect.

Writing about his own career, Dupain, unlike a good many painters, does not cast himself in the role of avant-garde hero, but instead displays a marvellous practicality: ‘Much of my work has the blessing of recording history, with a large dose of nostalgia thrown in for its soothing effect.’ With rare historical sense he writes about a production determined by his experiences during a photographic career which began in the early 1930s, a period when modern design was married to documentary subjects, and the modern style emphasised dynamic rhythms. Before then he was an art student when landscape and light and the Heidelberg School tradition were virtually synonymous terms. He has worked at advertising and documentary photography, as a camouflage artist during the war, afterwards for the Department of Information, and more recently has had nearly thirty years specialising in architectural photography.

Along the way, fulfilling commissions for books about Australia, Dupain acquired ideas about what constitutes an ‘Australian’ imagery. After the war his job with the Department of Information was to photograph ‘the Australian way of life’ for overseas publicity; work that was directed at potential migrants. Exactly the same brief had governed nineteenth-century illustrators of books about the Australian colonies. In the twentieth century, the urge to define Australia through its landscape has if anything been more urgent. Dupain takes a place among those who have contributed Australian icons: his photographs of the Sunbaker and Maroubra lifesavers, for example, though his landscapes rely on an iconography already well established.

It is fascinating to notice in landscapes stamped with Dupain’s particular style, the same compositions and imagery used by others outside his field. Among the images are a few of the outback that, like Hans Heysen’s, are composed of bony ridges crossed in the foreground by a tree trunk’s stark diagonal. Others, like Clarice Beckett’s 1920s images of bayside streets in Melbourne, play a procession of upright squarish automobiles against the rectangular spacing of verandah posts along the roadway. Predictably, there are images with the graceful lines and fuzzy atmosphere of the 1890s and early 1900s ‘pictorialist’ style. There are photographs of sunlight and shadow on rolling pastureland; and high skies full of clouds that recall 1920s to 1950s paintings by Elioth Gruner, Lloyd Rees and Roland Wakelin. And so on. Dupain’s landscape photography is a great artist’s demonstration that in Australia’s pictorial vocabulary some images have much greater adhesiveness than others. The satisfying sense of history they convey is due to an iconography that is shared by most Australians. This iconography again shows him referring to a type, outside and apart from his own sensibility.

I have claimed that Dupain’s serene formality overrides the best known characteristic of photography, its throwaway ‘slice of life’. This is the key to his style. But how does it show? Why does it matter? Many of his images appear to describe natural ‘laws’, as in the orderly growth patterns of shell and plant forms, pattern of waves and geological strata, ribbed lines of wind and water on sand, cloud forms, and the swelling passage of rivers. There is something solemn and strict about these images. Dupain says that in photography he has ‘tried to rise above the dark undercurrents of survival’, a philosophy expressed most clearly in his essay for the Australian Landscapes book where two sides of nature are compared, one side illustrated by the brutal preying of one insect on another in a garden, and the other by the experience of the gardener, walking the ordered stone paths and feeling another side of nature altogether, ‘balm of hurt minds, ... chief nourisher in life’s feast’. In the other book Dupain lists some of his artistic reference points: Beethoven, ‘whose clarity of thought and execution I have loved and sworn by’, Lewellyn Powys, remembered for his ‘poetic acceptance of life’s indifference to man’, T.S. Eliot, who gave lessons on the laconic. Finally, he names that dead young celebrant of death-through-war, Rupert Brooke, who meant much more to Dupain’s generation than younger people can properly understand. In trying to analyse Dupain’s style – the anonymous, neo-classical, monumental modern style of his generation – Rupert Brooke is crucial. Brooke’s immortal image of a young dead soldier shadowed the healthy young Australian ‘Sunbakers’ of the 1930s, who approached another world war. Somewhere between the cult of the body and the cult of death lies the reason for the anonymity of the modern style. Dupain quotes:

Oh, never a doubt but somewhere I shall wake
And give what’s left of love again and make
New friends, now strangers ...
But the best I’ve known
Stays here and changes, breaks, grows old, is blown
About the winds of the world and fades
from brains of living men and dies.
Nothing remains 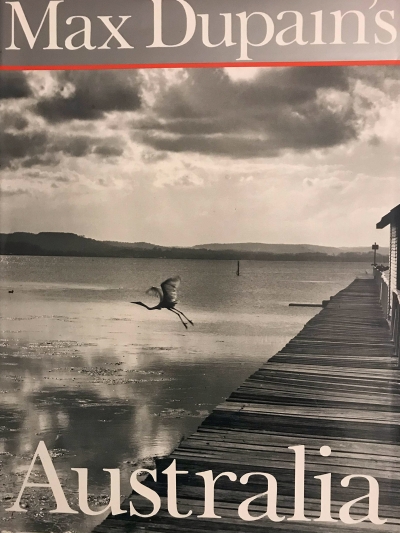