The New Oxford Book of Australian Verse edited by Les A. Murray

This book can read at times as though it were Les Murray’s revenge on Australian poetry. Of course, no anthology will please all of the people all of the time, but this one does not so much seem to represent any consistent view of what significant poems have been written in this country as Murray’s own projections about the kinds of poetry which ought to have been written here. The New Oxford Book of Australian Verse is quirky and opinionated, very ambitious in the ground it wants to cover, and yet ultimately hamstrung in its assemblage. It amounts to a quixotic attempt to see Australian poetry as a massively unified body of work, and Murray has played fast and loose with the material that was before him in order to reveal this unity.

My own view is that he has tried to do too many things at once, by way of both inclusion and exclusion, for the book to remain coherent in its own terms and credible as an anthology of Australian poetry from its beginnings to the present day. There are in fact three books struggling to get out of this one, two of which should have been edited by Murray, the third by someone else. The first is an anthology of Aboriginal songs in translation, the second an anthology of vernacular poetry, ballads, folksongs, broadsides, and the like. Murray is deeply read in both these areas, and I think it is clear that he would have liked to include more material from either category had he not felt compelled to represent the work of contemporary and near contemporary poets.

The third anthology, and the one that has suffered most in the way Murray has ordered these pages, is an even-handed selection of major poems by the significant Australian poets, especially of this century. Murray has no doubt put the book together in the way he has in order to dissolve these distinctions, his resentment of which is well documented: but The New Oxford Book suffers from Murray’s synthetic and lateral approach, not because very different kinds of poems can’t sit reasonably side by side, but because he has seen fit to allow his taste for particular kinds of poetry to influence his selection of demonstrably different kinds.

The hazards of this approach are accentuated by the ground rules for inclusion Murray sets up in his introduction . ‘I have,’ he says, ‘imposed a working limit of three poems on everyone. This has made it possible to present an oblique view of the poetic landscape in which the peaks and larger hills do not obscure the smaller features.’ This might seem an admirably egalitarian way of putting an anthology together, especially one where well in excess of fifty per cent of the poets represented are still alive. And it might also seem a good way for an anthologist whose views on the art tend to the emphatic to guard against his own excesses.

In practice, it hasn’t always worked this way. The three-poem limit does work quite well in the first hundred or so pages as an efficient means of sifting nineteenth and very early twentieth-century work. Murray is completely at home with this material and has come up with a quota of poems which are for the most part lively and readable. There’s not too much fustian or fluted warbling here: Murray’s preference is for a down-to-earth brand of verse which spins yarns or makes jokes, and he has a particular affection for anything which cocks a snoot at the Old Country. Nonetheless Kendall’s ‘Bellbirds’ gets a guernsey, though Adam Lindsay Gordon is wiped off the map altogether. I did like the plain precision of these lines by Mary Fullerton though the sophistication of the tone is in fact atypical of the early pages of the book:

Ardent in love and cold in charity,
Loud in the market, timid in debate:
Scornful of foe unbuckled in the dust,
At whimper of a child compassionate,

A man’s a sliding mood from hour to hour,
Rage, and a singing forest of bright birds …

So far, so good. But as the ‘tradition’ starts to define itself in increasingly complex and self-conscious ways (it is worth noting at this point that Kenneth Slessor crops up just a little over a third of the way through the book), Murray’s ‘trade-union’ method makes for increasingly confusing reading. The wonder is not that Murray has tried to do it well but that he has done it at all. Three poems, unless they are of substantial length by a poet who customarily writes at substantial length, are hardly enough to give the reader a grip on any specific contributor. This book is much easier to skim than to read simply because the turnover of voices is so remarkably high.

And these problems are compounded by Murray’s declared avoidance of ‘anthology pieces’ and his very sparing treatment of the ‘established classics’. Having imposed on himself an arbitrary system he reacts with what looks like a wilful arbitrariness. It is apparent that the major figures from the generation roughly preceding Murray’s own have been given rather short shrift in this anthology. If you are interested in Slessor or Webb or Wright or Hope you will come away disappointed. With the exception of ‘Five Bells’ you will not find the poems which these poets have come to be known for and what is included is there in such small quantity that the impression left is negligible. The New Oxford Book has been so thoroughly constructed against a notional consensus of what might reasonably appear in an anthology of Australian poetry that it almost presupposes a knowledge of what has been omitted. It is highly probable that readers coming to this book without much knowledge of its subject (and anthologies work, by and large, as books of introduction) will wonder why poets like those named above are still read when others have long gone out of print.

The one area in which Murray’s steadfast principle of limitation breaks down is in his inclusion of English translations of Aboriginal song-texts. These punctuate the anthology at regular intervals. Almost all the songs are in literal translation and some do have a genuine luminousness and delicacy, though they tend to read in English like nothing so much as the drafts and fragments of poems. I cannot imagine that any of the mainstream poets represented in this book would allow their work to appear in this kind of translation. Murray’s refusal to rework the texts has left some of them inhabiting a deformed and shadowy no-man’s land between the original language and fully-fledged English poems.

There’s an element of projection about all of this: it is perhaps a measure of the distinctiveness of Murray’s own voice (and of his own raids on the treasure-house of Aboriginal song) that so many of these transcriptions read like gestures towards a Les Murray poem. And the fact that these are the only translations in the book tends to accentuate the air of special pleading their inclusion has about it. In this context, the omission of Dimitris Tsaloumas, the Greek-Australian poet – who in fact collaborates with his translator Philip Grundy – is nothing short of scandalous. Had Murray mixed things up a little by including a few translations which were unarguably finished Australian poems (J.M. Couper’s hilarious version of Horace’s Pyrrha ode, for instance), his selection of the Aboriginal verse would have seemed both richer and less chauvinist.

In his introduction, Murray argues that the latter portions of The New Oxford Book show less idiosyncrasy than the earlier sections because the number of mainstream poets who had to be included made it more difficult ‘to fit in material from what we have come to think of as the fringe domains of poetry’. The implication is not just that Murray would rather have been editing a different book but also that he sees the vast bulk of Australian poetry being written now as suffering from a kind of sameness. ‘A certain received “modern” sensibility becomes dominant’, he says at one point and while this is true in a banal sense (no sensibility can be entirely unreceived), it is unfair of Murray to blame the perceptible blandness of some of the more recent works he prints on the exigencies of his brief and on the cultural weather.

The latter section of the book is the one which will most rapidly date because Murray, rather surprisingly, has been content to play it safe and include as many ‘names’ as the anthology would tolerate. Through the course of the book, he in fact reverses his principles of selection and becomes inclusive of poets rather than exclusive of poems. The only qualification this statement requires is that the omission of Laurie Duggan, Alan Wearne and John A. Scott is a grave mistake, inexplicable given the number of respectable trundlers Murray does include. Anthologising poets who are still mid-career is no easy task, and I think there is an argument that anthologies which include contemporary work should declare their partisanship and then let the reader judge. As things stand, Murray seems tom between his duty to what he perceives as the field and his liking for poets such as Mark O’Connor or Robert Gray who do rather well given the premium on space in this book.

It is a strange anthology Murray has given us. Overtly programmatic in some ways and almost whimsical in others, The New Oxford Book begins in much better style than it ends. It is likely that he has made the earliest verse written here more accessible than any other anthologist before him: given his affection for certain kinds of descriptive and narrative poetry he selects with genuine flair where such material lies thickly on the ground, though ultimately this does become a function of Murray’s limitations as an editor. A whole range of voices from Judith Wright’s to John Tranter’s are not in any sense sufficiently characterised by Murray’s selection. The New Oxford Book is an anthology of taste more than judgment which paradoxically compromises its own catholicity just as surely as its structure seems to provide for a catholic approach. Murray, it would seem, has had his cake and eaten it. 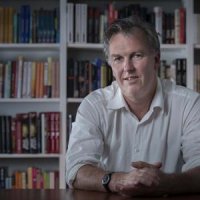 Michael Heyward was co-editor of the literary magazine Scripsi. He is now managing director and publisher for Text Publishing. 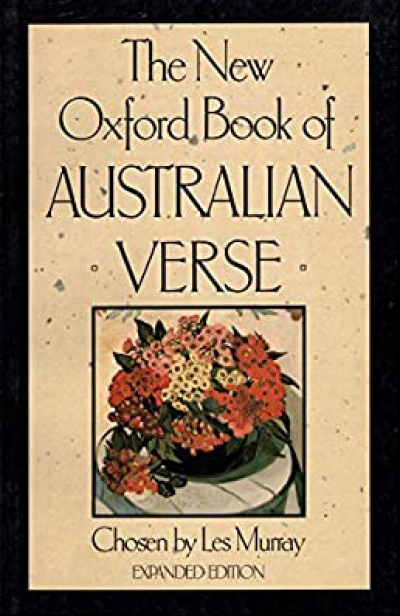 edited by Les A. Murray