European Vision and the South Pacific by Bernard Smith

In the late nineteenth century, the Sydney barrister and critic, William Bede Dalley is reported to have said: ‘I enjoy literature in all its manifestations. But if there is one class of books I prefer to another, I think it must be’ – with a flash of his teeth – ‘why, New Books!’

It is possible to greet with equal enthusiasm however, the republication of an ‘old book’, especially when it happens to be a revised edition of Bernard Smith’s European Vision and The South Pacific, first published by Oxford University Press in 1960. Readers already familiar with the book will perhaps derive most pleasure from the handsome appearance and improved layout of the new edition. Whereas the first edition sent one scurrying back and forth from the text to the black-and-white illustrations at the end of the book, the illustrations in this edition are conveniently located close to the relevant text. Moreover, there are an additional fifty-one black-and-white illustrations as well as the introduction of thirty-two good quality colour plates.

In the new preface to the second edition, Smith warns against merely aesthetic appreciation of art. Yet it is only in this new edition that the aesthetic merits of the art he discusses, whether scientifically or fine-art oriented, are fully realised. It is perhaps a fate that befalls only reviewers to attempt to read simultaneously two editions of a complex book, but I can now report that only minor changes have been made to the original text. Some small additions to the early chapters reflect Smith’s continued work on the art of James Cook’s voyages, reference is made to the research of Rudiger Joppien on the role of encyclopedias of costume in disseminating knowledge of previously unknown peoples, N.J.B. Plomley’s research on Tasmanian Aborigines is briefly mentioned, and so on. In short, results of research undertaken since the first edition have been smoothly integrated to support but not substantially alter Smith’s previous arguments. As will happen with the very best of publications, the odd typographical error has crept in which was not present in the first edition – so that on page 119 ‘honest travellers’ becomes ‘honest ravellers’ – and for some reason, I could not find the date of publication in the customary place.

To suggest in just a few words something of the scope, significance and appeal of the book for those who have not yet read it, is a daunting task. The simplest description would be that it traces the interaction of art and science from the time of Cook’s scientific voyages in the Pacific through to the establishment of art, culture and taste in Australia by the mid-nineteenth century. But, of course, the book is much more than this. Its lasting contribution lies in the history of ideas and in broad terms it shows how after confrontation with the previously unknown peoples and lands of the Pacific and Australia, neo-classical concepts and values in both art and science gave way to a new sense of order based on empirical study of disparate phenomena. In this process, artists working in the service of science played a vital role in closely describing the natural world and hence helping to establish the new typology. Smith, then, is not primarily concerned with the aesthetic qualities of the art he discusses in the book, but instead emphasises the conceptual underpinnings of art in the developing natural sciences – geology, botany, meteorology, zoology, and so forth. Yet at the same time, an important element of his argument is to show how the results of artistic observation, first made in the service of science, flowed back into the fine art world and strongly influenced the art produced.

If Smith is willing to tackle the central philosophical and theoretical issues of the period, his approach may be likened to the empirical methods of the scientists and artists he admires. He ventures into diverse fields and examines detailed aspects of literature, theatre, costume, landscape gardening, horticulture, land surveying, topographical art, and numerous other areas. This deliberate method of diverse enquiry would seem to stem from two related premises. First, that ideas do not simply develop in a vacuum and are, to a large extent, historically determined; and secondly, that the expression of the major ideas of a period may be found at all levels of scientific or cultural endeavour, regardless of how lowly or exalted such endeavours might appear.

Just one of the cherished ideas that was placed under scrutiny and subsequent pressure by Europeans’ growing knowledge of the Pacific was the view of the universe as one great ordered chain of being. Observers soon noted that in the antipodes there appeared to be an inversion of natural laws and in Australia the contrarieties of nature continued to be remarked upon beyond the early years of settlement. Two examples might demonstrate this while also providing a glimpse of the flavour of Smith’s book. Writing in his History of New South Wales in 1817 James O’Hara commented:

Nature may be said to have in this country indulged in a whim. She sometimes mimicks (sic) herself in giving to smaller animals, such as the native rat, the general form and characteristics of the kangaroo; she gives to a great variety of species the false belly of that animal; in numerous instances, animals were discovered which might at first sight be considered monstrous productions, such as an aquatic quadruped, about the size of a rabbit, with the eyes, colour and skin of a mole, and the bill and web feet of a duck.

In the last instance, O’Hara is of course referring to the platypus. For fine artists and men of literary tastes, the peculiarities of the Australian landscape sometimes appeared to offend artistic and literary conventions built up through centuries of cultural endeavour. The non-deciduous Australian gum tree, for example, seemed to make mockery of conventions that related poetic feeling and sensibility to particular seasons of the year. Thus in 1825, Barron Field, the Judge of the Supreme Court of New South Wales, could acknowledge the exotic appeal of Australian flora, but remarked of the general scenery: ‘There is not a single scene in it of which a painter could make a landscape without greatly disguising the character of the trees. They have no lateral boughs, and cast no masses of shade ...’ The orchestration of landscape into balancing light and dark tonal masses was of course part of the classical tradition of landscape painting. In the face of the evergreen gumtree, Field could only conclude: ‘I can therefore hold no fellowship with Australian foliage, but will cleave to the British oak through all the bareness of winter’.

Despite the success and influence of European Vision and the South Pacific, in the preface to the revised edition Smith expresses regret that the two major themes around which the book was written have never received serious critical attention. The first of these is his argument that the opening of the Pacific was ‘the prime external factor contributing to the emergence of a scientifically acceptable theory of evolution’. From the evidence presented in the book, it would seem that the opening of the Pacific must have been an important factor in this process, but whether or not it was the prime external factor would require some knowledge of other possible factors. Since Smith has issued the challenge, it is to be hoped that those qualified to offer an opinion will now do so.

The second main theme to which he refers is his contention that ‘the predominant mode in nineteenth century landscape painting arose from the need to discover and to evoke what was typical.’ As outlined by Smith, the ‘typical’ is not a convenient aesthetic or stylistic category, instantly recognised by the usual set of stylistic characteristics. Instead, the typical landscape came into being through underlying factors which helped structure the way in which the artist perceived the natural world and subsequently portrayed it. Foremost amongst these factors was, of course, the influence of the descriptive sciences.

In tracing development of the typical landscape, Smith demonstrates that documentary qualities of topographical drawings were carried through to published engravings made after them, even though the latter were often altered to conform to the picturesque taste. However, it is not always plain sailing in Smith’s interpretation of the typical. On occasion only a full knowledge of the historical context of a picture will reveal the presence of the typical. Thus Smith is able to show, fairly convincingly, that a dramatic and seemingly fanciful landscape by William Hodges, the artist on Cook’s second voyage, combines his aspirations towards the Grand Manner with his knowledge of the ship’s meteorological report of a particular day. This capacity for life to answer, and sometimes exceed, the expectations of art, is yet another theme in European Visions and the South Pacific.

Finally, I must admit a certain bias in reviewing this book, for I have long admired it. On reading the revised edition, I remain more firmly convinced than ever that this is a classic piece of scholarship. 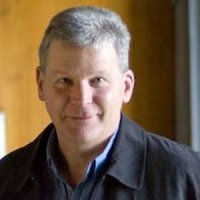 Leigh Astbury is an Australian art historian and author of City Bushmen: The Heidelberg School and the rural mythology (1985). 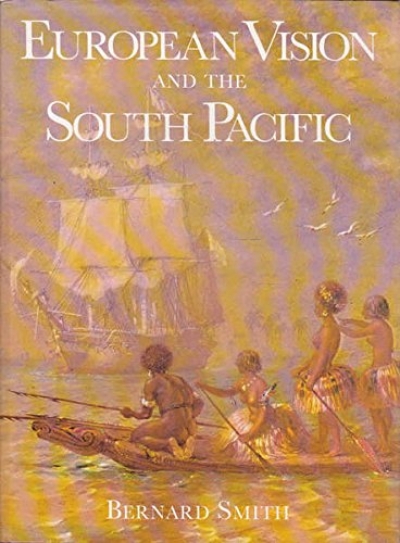 European Vision and the South Pacific